Chinese Constitutionalism: A Journey Through Text and Metatext, Part i

Over the next several postings I will distill the essence of insights I have drawn from extended conversations with Chinese scholars, and officials--from both the state and Party sides of the Chinese political universe. 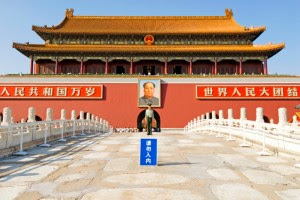 
What these essays suggest are the extent of the interest in China over the nature and purpose of their constitution.  More deeply, perhaps, it suggests the quite lively debate that Chinese from distinct social and political circles over the political future of the state.  These are not big picture discussions, but more importantly, involve concerns about the organization of the state at the ground level.  The greatest insight, is the one most obvious to the Chinese but least so to outsiders--that these conversations are neither dominated by outsiders (academics, NGOs and others) nor do they involve a supermarket of ideas approach to reform in China (where Chinese intellectuals pull constitutional reform models off the Western shelf).  Our Chinese friends are adept at telling well meaning outsiders what they think these outsiders want to hear.  The conversations held elsewhere are far more interesting.  This is not a tale of revolution, but one that suggests that Chinese intellectuals, like their counterparts in the West, are focused on issue of progress and development within the logic of the system whose parameters they embrace (sometimes more and sometimes less) willingly.  Ultimately,  the object is to suggest that rather than continue a conversation in which outsiders talk among themselves about China and its problems, it might be useful to hear what the Chinese themselves have to say.