Ruminations 36: The Politics and Economics of Speech; Polycentricity and Communication Between Law and Social Norm Systems

Among the core presumptions of the political ideology of the American Republic is the notion commonly understood among the populace as "free speech."  But when that is coupled with two others--that "courage" is valued, and that Americans embrace the ideologies of the "marketplace of ideas" (that is that perhaps Americans both commodify ideas and are rational actors with respect to its production and consumption)--interesting conundrums result. 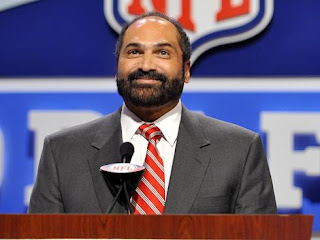 Hall of Fame running back Franco Harris has stepped down as chairman of a Pittsburgh-based scholarship board following comments he made in support of ousted Penn State coach Joe Paterno.
Franco agreed to remove himself as chairman but remain on the board of the Pittsburgh Promise following a lengthy emergency meeting Thursday night.
Pittsburgh mayor Luke Ravenstahl, who co-founded the organization in 2007, sent Harris a sternly worded letter Wednesday asking Harris be removed for what the mayor deemed as insensitive comments.
Harris played for Paterno at Penn State before helping the Pittsburgh Steelers win four Super Bowls. He said last week the school's trustees showed "no courage" by firing Paterno in the wake of the sex abuse scandal surrounding former Penn State defensive coordinator Jerry Sandusky. (From Franco Harris resigns post, Associated Press, ESPN Colleeg Footbal, Nov. 18, 2011)

The comments were based on an opinion Mr. Harris' had formed, and then expressed, about the circumstances underlying the recent dismissal of Mr. Paterno: "Harris, 61, said that Paterno's dismissal last week by the Penn State Board of Trustees after 46 years as head coach ended a long power struggle between some members of the board and Paterno. . . . Harris said the case against Sandusky "took the pressure and focus off the university and put it on Joe and the football program. The (scandal) isn't the reason for his firing.''" (From John Saraceno, Franco Harris continues his support for Joe Paterno, USA Today, Nov. 18, 2011 ("Perhaps to his detriment, Franco Harris continues to staunchly defend his old friend and former coach, Joe Paterno."(Ibid.)).

One might now understand better just how expensive speech can be; opinions, of course, are sometimes a luxury item. Conversely, it is also possible to suspect that the greater the public taste for a particular sort of speech (or speaking), the lower the cost of producing it for popular consumption (and perhaps the greater the rewards for engaging in such speech production).  Courage, likewise, is measured by its inverse relationship to ideas-markets value maximization. 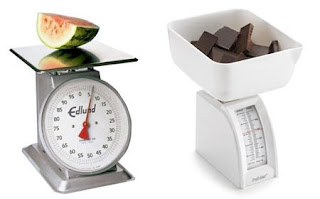 (From The Virtues of Kitchen Scales)

Speech, as both a political and an econonic commodity, then, suggests a certain interwoven polycentricity in the rules under which speech is produced and consumed.  As a political commodity, speech is grounded in the rule systems of law; as an economic commodity it is governed as strictly by social norms.  The application of these social norms are in turn protected within the political norm framework.  Thus, speech is free (political norm) but so are people who might make decisions about the speech and the speaker when it is offered for consumption (social norm), and both exist protected only within a market place of ideas (junction of political and social norms).  Courage then can be understood as irrational (through adverse application of social norm by speech consumers), but not completely so because though it suggests action against short term economic interest, it might represent action that maximizes longer term political interests.   The communication between systems determines the ultimate value of the speech to its producer and its consumer over the short and long term.  But that this is both possible and natural suggests both the limits of law and its complicity and connection with governance systems beyond itself.