Ruminations 29: On the Relationship Between Law, Justice and Governance

In 2009 this site posted a month long series of aphoristic (ἀφορισμός) essays, meant to provoke thought rather than explain a thing or event. The hope is that, built up on each other, the series will provide a matrix of thoughts that together might lead the reader in new directions. Though each can be read independently of the others, they are intended to be read together and against each other. 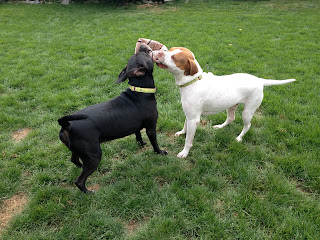 
For 2010, the Ruminations Series continues:  All governance systems pride themselves on the power and utility of their remedial systems--for every right, for every obligation unfulfilled, there ought to be a remedy.  But systems value their own integrity more.  In contests between remedies for systemic error and the protection of the integrity of the system, integrity values will prevail.  Paradox--the reflex toward systemic protection is strong enough that it will impel systems to act against their own integrity in order to preserve it.

Much has been made of the importance of remedy for the vindication of the rights,and especially the human right, of individuals, in their interactions with state and non-state actors.  Remedies serve as a key bridge between the articulation of substantive standards of justice, their memorialization in authoritative form (law, usually) and the actual provision of justice through law (remedy as actualization of justice through law).  That last  bridge implicates both process and institutions, the last and key bride between the highest of ideals and the objects of these ideals.

That connection was nicely underscored in a recent story reported in a media series by Chuck Sheperd, "News of the Weird."    In a section entitled "More Texas Justice" Mr. Sheperd reports:

Despite Texas' severe preconviction history, one man actually received a full pardon in February.  Tim Cole had been convicted of rape in 1986, though relentlessly proclaiming his innocence, and a 1996 confession to the crime by another man did not move officials to re investigate.  When a DNA result (ordered in 2008) confirmed the 1996 confession, Cole's innocence could no longer be ignored.  In March, Gov. Rick Perry issued a full pardon, but Cole could not enjoy it.  He had died in prison in 1999 after wrongfully serving 13 years, the final three despite the fact that the actual rapist had already tried to turn himself in.

Chuck Sheperd, News of the Weird, Week of April 11, 2010.  One is presented with  here with one of the possible faces of the relationship between justice, law and governance.  That relationship creates a bridge to remedy, yet it is perverse.  Here is a form of remedy and the vindication of right in a way that preserves the integrity of the institution against assaults on its dispensations of justice while preserving the appearance of justice through law.  Where the actualization of remedy is the essential object of justice, then law and its institutional governance mechanisms must be de-centered.  Remedy in Texas suggests the consequences of a failure to displace the privilege of the dignity of law or the reputation of the state apparatus.
Posted by Larry Catá Backer at 4/09/2010 10:18:00 AM