Chinese authorities have invited commentaries on the 2nd Draft of the People's Republic of China Charity Undertakings Law of the PRC 中华人民共和国慈善事业法（二审草案) , which they have circulated earlier this year. I had posted my preliminary commentary earlier (see here).  Those comments are part of a larger set of integrated comments that represent the efforts of the Foundation for Law & International Affairs (FLIA).

The Foundation for Law and International Affairs (FLIA) is an independent, nonpartisan, nonprofit organization mandated to promote academic and public discourse at the intersection of law and international affairs. The core vision of FLIA is to promote international cooperation and public dialogue through the development of new ideas and collaboration with various academic, governmental and civil society actors. Our mission is to facilitate international scholarly activities, conduct high quality, independent research and policy analysis, engage in public education and awareness-building programs, as well as amplify the voice of the rising global generation through free and open sharing of ideas. (See here)

FLIA's commentary, submitted to government officials, consists of the following, all of which may be accessed through the links provided below.  The Commentary is also reproduced below in full.


In January 2016, Chinese authorities circulated a second draft Charity Undertakings Law to which they again invited commentary. (English translation here). This draft incorporated some changes form the prior draft.  I have prepared commentary to this second draft, which I have considered in relation to the fundamental substantive obligations to advance socialist modernization under the CCP Basic Line (For my commentary on the CCP Basic Line see eg here).  Our friends at China Law Translate tell us that

My Commentary to the Charity Undertakings Law of the PRC (2nd Draft) 中华人民共和国慈善事业法（二审草案) may be downloaded HERE and read below. It will be part of a larger formal commentary to be submitted by the Foundation for Law & International Affairs (FLIA)

The Draft Charity Law may be accessed HERE.

For a comparison of the first and second draft see here.

SUN Yuhua on “How Can the Judicial Interpretation of Internet Libel Break through the Firewall of the Constitution?” 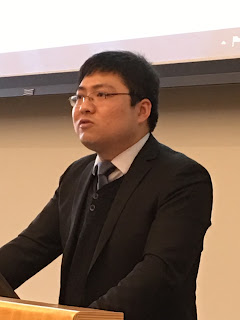 The law of libel, and especially the law of libel as applied to emerging forms of communication via the Internet has become a quite lively area of discussion in China. The liveliness cane be attributed, in part, to recent efforts by state organs to clarify, and to some extent, to broaden the reach of libel--and especially the criminal libel laws--against internet users.

That was the context for a quite provocative and important presentation by Dr. SUN Yuhua, Professor of Law at East China University of Political Science & Law, and currently a visiting scholar at Columbia University Law School at Penn State Law School this past week. Dr. Sun specializes in constitutional and procedural law.
His presentation, drawn from a recent article, “How Can the Judicial Interpretation of Internet Libel Break through the Firewall of the Constitution?” explored significant issues of the interplay of the substantive law of criminal libel at the intersection of Chinese Constitutional law. The paper was also recently presented to the New York Bar Association. 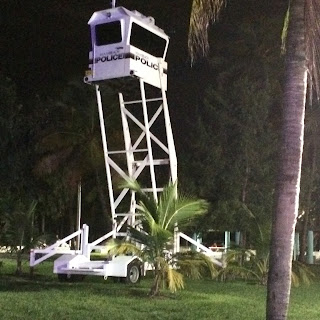 Over the last half decade, at least, and in international circles, the relationships between banks and their borrowers has proven a fertile doorway through which to privatize, in an efficient manner, the societal obligations of enterprises to respect human rights under the framework memorialized by public international actors in the UN Guiding Principles, and given nonbinding remedial mechanism through the OECD's National Contact Point System applying the OECD's Guidelines for Multinational Enterprises, which itself has incorporated the UN Guiding Principles.

In the decision on the specific instance decided by the Dutch National Contact Point--Friends of the Earth Europe and Friends of the Earth Netherlands/Milieudefensie - Rabobank--an agreement appears to have been reached between transnational civil society, transnational financial institutions, and the state representatives of transnational public organizations on the privatization of enforcement of emerging rule systems for the management of the palm oil production chains through the organs of financial institutions.

My brief analysis and the text of the Final Statement is reproduced below (with original pagination).

Flora Sapio on "The Foreign NGOs Management Law; Where do challenges Come From?" 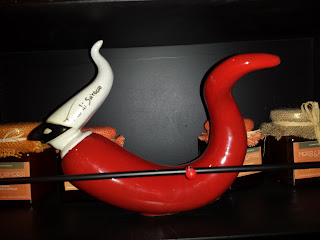 Globalization has produced a number of challenges for the nation-state.  Among the most difficult  involves its relationship to civil society.  Where once civil society could be understood as a national exercise in conversations between a government apparatus and its people, the internationalization of politic, the globalization of interest communities, and the interconnections of institutions and groups across national lines has complicated that once simple two way conversation. Internationalization is not per se difficult when it joins individuals across the globe.  For many states, however, matters become more complex when foreign states seek to fund or direct efforts by civil society in other states.  These interventions, sometimes benign, can also project foreign interests into a conversation between a people and their state organs that are at the heart of the legitimacy of a national political system.  I have written to this point elsewhere (here).


Flora Sapio, one of the finest scholars of China in the West, and whose book, Sovereign Power and the Law in China is a must read, has produced a commentary on the Draft Foreign NGO Management Law as well, The Foreign NGOs Management Law; Where do challenges come from?, which follows.  It is highly recommended for anyone interested both in the substance of the issues raised by this Draft Law and more broadly in engagement with China.