But we move from the individual in herself, to the individual as subject and as symbol, as something which, when observed and transformed from itself to the idea or symbol of itself, assumes a quite distinct, and useful, position for the organization of selves--and for the structure and operation of the law of the social.  To that end our conversation will likely flow around and through the following:

This conversation, like many of its kind, will develop naturally, in fits and starts.  Your participation is encouraged.

In this post Flora Sapio (FS) also considers the social self and the mother.


But we move from the individual in herself, to the individual as subject and as symbol, as something which, when observed and transformed from itself to the idea or symbol of itself, assumes a quite distinct, and useful, position for the organization of selves--and for the structure and operation of the law of the social. To that end our conversation will likely flow around and through the following:

This conversation, like many of its kind, will develop naturally, in fits and starts.  Your participation is encouraged.

In this post Larry Catá Backer (LCB) begins thinking about the "state of nature", the social self and the mother.

Email ThisBlogThis!Share to TwitterShare to FacebookShare to Pinterest
Labels: jurisprudence, Law and Culture, Social Self

Prologue--Dialogues on a Philosophy for the Individual: The Social Self

In 2015, Flora Sapio and I started an experiment in collaborative dialogue.  The object was to approach the issue of philosophical inquiry from another, and perhaps more fundamentally ancient, manner. The subject of conversation revolved around the possibility of developing a philosophy for the individual that itself is grounded on the negation of the isolated self as a basis for thought, and for elaboration.  The conversation produced no consensus but much to ponder--and that itself represents an advance in the practice of the individual in search of her philosophy. But it suggested the possibilities for the confrontation of the individual on her own term--her firstness, her objectivity, her selfness--stripped of the barnacles of any symbolic or interpretive nature that is imposed from outside.  As conversation it shied away from what has passed as academic philosophy for the last century--the mating rituals of mathematics applied to the human soul. And its implications for law and lawmaking, especially law making drowning in the pretensions of individuation and human rights, might be in some  respects quite profound. The conversations on the Philosophy for the Individual may be accessed HERE.

But we move from the individual in herself, to the individual as subject and as symbol, as something which, when observed and transformed from itself to the idea or symbol of itself, assumes a quite distinct, and useful, position for the organization of selves--and for the structure and operation of the law of the social.  To that end our conversation will likely flow around and through the following: 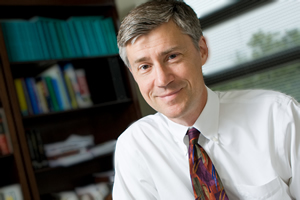 Professor Knox has just reported that he will be presenting two new reports to the UN Human Rights Council, one on implementation and one on climate change, to the U.N. Human Rights Council at its March 3, 2016 meeting.  He plans to meet with civil society representatives March 2, 2016 at the UN's offices in Geneva.  The Implementation Report--Report of the Special Rapporteur on the issue of human rights obligations relating to the enjoyment of a safe, clean, healthy and sustainable environment (A/HRC/31/53; 28/12/2015)-- will be available in English, French, Spanish, Arabic, Chinese and Russian (E F S A C R). The second, on Climate Change, details a variety of efforts to focus on relevant issues.

These reports reflect an important step forward in the conceptualization of the way in which environmental and sustainability issues are deeply embedded both in the discourse of human rights and in the ideologies of regulatory governance directed from those with the capacity to order and control to and for the benefit of those on whose bodies and communities the adverse effects of all of these efforts (or lack thereof) tends to fall. It is particularly useful for its quite important illustration of the framework within which regulatory governance beyond the nation-state now appears to be increasingly framed--in terms of transparency regimes (eg here), capacity building (but whose?), rights protections (but not state duty (eg here)), and harmonization (through cooperation frameworks).  Like the other great frameworks of transnational norm making (eg the OECD Guidelines for Multinational Enterprises, the UN Guiding Principles for Business and Human Rights), these efforts are addressed to those with power ("in a position to implement human rights norms in relation to the environment"). To those others, especially those  considered weak governance or conflict zones, other states and transnational actors will step in (eg here, and here). The emerging jurisprudence of application will do much to naturalize these conduct norms within critical, and critically powerful stakeholders it is hoped (eg here, and here). As for the rest, they are consider themselves lucky to be the beneficiaries of these great efforts, and to the extent that civil society, states and others presume to represent their interests and desires, also to participate indirectly through these representatives who are subject to variously effective methodologies of accountability (eg here). It is, in a way, the best one can do at the moment (eg here).  But it also represents a hint of the great work that remains after the complex process of transnational norm identification and adoption is completed (eg here).

Within these frameworks, Professor Knox has moved the conversation forward in important ways. The emerging connections between environment, sustainability, and human rights is a critical addition to the discourse the development of which is a key element of any structure of individual, institutional, state to international obligation.

The announcement with links follows.

The one page summary of the Implementation Report (with links) also follows.

The one page summary of the Climate Change Report (with links) also follows.

The Congressional-Executive Commission on China (CECC) tends to be a good barometer of legislative thinking about China in the United States.  Not that this thinking is either  coherent or well directed.  But it does represent the way in which U.S. "China expert" elites and their legislative masters develop "knowledge" about China.  This knowledge is then used to shape U.S. policy and legislative approaches U.S. China relations.  It also suggests the way that U.S. ideological thinking shapes the way in which China is viewed as understood by the United States.
This characterization is not meant to suggest a personal position on either the outlook or work of the CECC, or of its advisers. That characterization, however, does suggest that ideological blinders tend to tell us more about the  U.S. (in this case) than it does about the Chinese.  It is with the object of helping to understanding American construction of China, rather than of helping to understand Chinese constructions of themselves (however "flawed either exercise may be in and of itself and to itself), that this announcement is offered.

It seems that American legislators, including a candidate for the selection as the Republican Party nominee for President in the 2016 elections, have chosen to focus on what they call "Gendercide" in China.  Senator Rubio ends his statement with what appears to be the them of the hearing: "As a father of four, to include two daughters, I believe it is vital that the U.S. continues advocating for the complete elimination of government-forced population planning as  well as the fundamental rights of all Chinese citizens to live up to their God - given potential."  Apparently his breeding habits, tied to his personal relationship with the religion to which he adheres, appear to be the basis on which U.S. policy toward Chinese population control policies ought to be grounded." Perhaps that is a good a basis as any. But it ought to give pause if only because there is no reason the Chinese cannot on a similar basis begin to attack, through political contributions and the like within the United States, any number of policies they might view as, for their purposes, "barbaric."  There has to be a better way. The issue of gender disparities in birth rates ought to concern Chinese as well as the rest of us.  But it ought to concern us in all parts of the world (if that is the Ambition of American policy abroad). Perhaps something other than a lecture of this sort might produce less smoke but more fire. Still, if the object is an American conversation rather than one with the Chinese, perhaps this is the better way. Still. . . . . .
The announcement and the links to the texts of the opening statements of the witnesses follow. Decide for yourselves.

Workshop Presentation: "Theorizing Regulatory Governance Within its Ecology: The Structure of Management in an Age of Globalization" 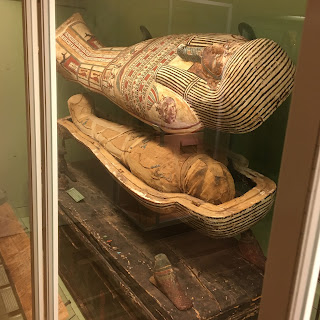 
I have written about the interdisciplinary workshop--Workshop on Regulatory Governance at the Department of Business and Politics: The Transformative Power of Regulatory Governance Rules, Resistance and Responsibility-- held at the Copenhagen Business School.  Organized by Poul F. Kjear and Antje Vetterlein both of CBS' Department of Business and Politics,

In my contribution to that workshop, Theorizing Regulatory Governance Within its Ecology: The Structure of Management in an Age of Globalization, I consider the theoretical elements of regulatory governance--that is, whether it is possible to theorize regulatory governance as technique, instrument, framework or ideology. To that end I look at the regulatory governance of the global production chain in garments, and the way the bones of any coherent regulatory structure is exposed in crisis--in this case the collapse of the Rana Plaza factory building.

The summary abstract of the paper and the PowerPoints are set out below.