New Paper Posted: "The Evolving Relationship Between TNCs and Political Actors and Governments" 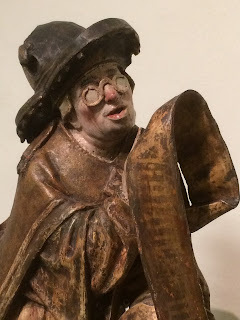 
The relationships among states, transnational corporations (TNCs) and political actors stands at the center of the evolving nature and character of governance in the economic sphere. An understanding of these relationships. Projecting outward in time it seems clear that the spaces for governance created through economic globalization has also produced substantial transformations in the nature, structures and frameworks within which the relationships among states, TNCs and political actors are understood and manifested. Though the state remains a critical actor, relationships no longer are networked exclusively through or for the object of inducing state action. TNCs and political organizations are as likely to engage in governance related interactions as both are to reach out to the state. And even in the context of public institutional communication, those might as likely be made to or through international public bodies as they are to be directed to any single or group of states. Among these stakeholders, the nature of communications continues to be complex. To some extent cooperation mechanisms—tilted toward joint governance efforts—are likely to continue to grow. Yet because the interests of political actors and TNCs do not align, there will be instances of relations that are adversarial—from those touching on monitoring and assessing TNC conduct to projections of stakeholder power onto consumer and investor communities to seek to influence discourse (and consensus) on appropriate behavior rules. What is certain, though, is that the relationship among these actors will be central to the evolution of governance norms and structures applied increasingly to production chains across states well into this century.

In this paper, The Evolving Relationship Between TNCs and Political Actors and Governments, I explore those relationships and their trajectories. It can be accessed here. 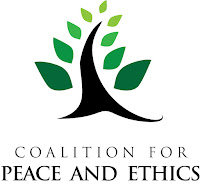 The Evolving Relationship between TNCs and Political Actors and Governments


This contribution considers the nature of the relationships among TNCs, political actors and government, as a set of emerging ecologies of political economy. Each represents a distinct response to the transformation of the global legal, economic and political order in the face of globalization. Each exists autonomously and is evolving simultaneously, yet each is significantly interconnected within a polycentric governance order that lends overall structure without a centering position. The chapter starts with the conventional and traditional ecology of relationships, centered on the state. It then considers the three most distinctive forms of emerging relational ecologies emerging that de-center the state. The first is based on the TNC as the centering element of production chain order. The second is grounded on the emergence of non-state governance centers which assert order through certification, verification, and monitoring. The third posits the emergence of a multi-stakeholder autonomous and self referencing system around production chains. The chapter briefly considers whether there is something like meta theory structuring this disaggregated and scattered by intermeshed systems that have arisen around the state. The examination ends with a brief suggestion of what may lie ahead.

Number of Pages in PDF File: 28