Just Published: Backer and Haddad, "Philanthropy and the Character of the Public University" 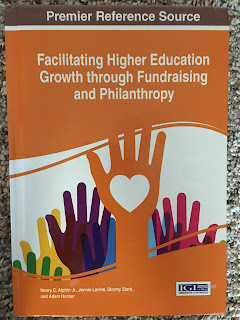 Happy to announce the publication of "Philanthropy and the Character of the Public Research University: The Intersections of Private Giving, Institutional Autonomy, and Shared Governance", which appears in Facilitating Higher Education Growth Through Fundraising and Philanthropy 28-58 (Henry C.Alpin, Jr.m Jennie Lavine, Stromy Stark and Adam Hocker, eds., IGI, 2016).  It was a pleasure working on this with my co-author and former student Nabih Haddad.


The chapter examines the influence of philanthropy on the increasingly contested governance space of the public research university, and against the backdrop of academic integrity and shared governance.  It is done so by situating the analysis specifically on the relationship among  The Charles G. Koch Foundation, Florida State University, and the FSU economics department. 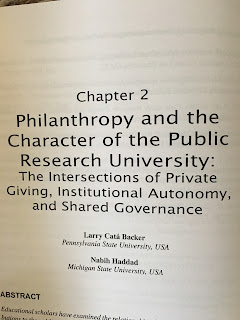