Data Driven Pandemic and the Ascendancy of Simulated Reality as the New Political Space: The Administration of Disease and the Disease of Administration in the Light of COVID-19 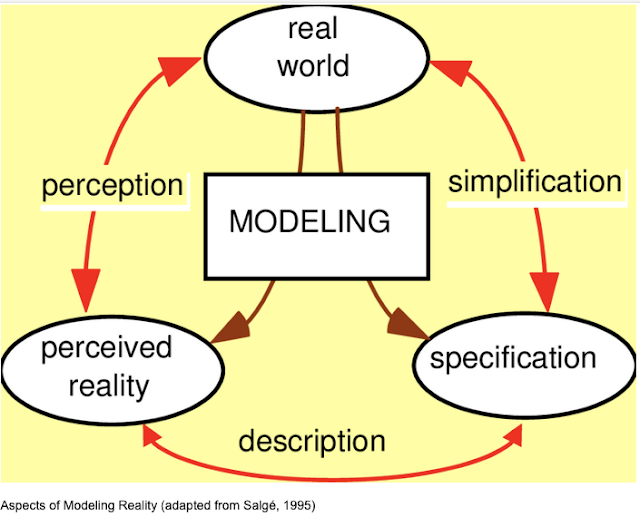 (From Ontological Modeling of Geographical Relationships for Map Generalization)

In The Measure of Reality: Quantification and Western Society 1250-1600 (Cambridge University Press, 1997), Alfred W. Crosby summarized the arc of 350 years of development this way:

Beginning in the miraculous decades  around the turn of the fourteenth century (decades unmatched  in their radical changes in perception until the era of Einstein and Picasso), and continuing on for generations, * * * Western Europeans evolved a new way, more purely visual and quantitative than the old, of perceiving time, space and material environment. * * * In practical terms, the new approach was simply this: reduce what you are trying to think about to the minimum required by its definition; visualize it on paper, or at least in your mind, be it the fluctuation of wool prices at the Champagne fairs or the course of Mars through the heavens, and divide it, either in fact or in imagination, into equal quanta. Then you can measure it. * * * Then you posses a quantitative representation of your subject that is, however simplified, even in its errors and omissions, precise. You can think about it rigorously.  You can manipulate it and experiment with it, as we do today with computer models. (Ibid., 227, 228-229)

The trajectories of what Alfred Crosby called "The  New Model" of perceiving the "mysteries of reality" and, thus perceived, of rationalizing these mysteries within them (Ibid. 239), has continued in fits and starts through to the current age. It has marked the entirety of the organization of human institutions as much as it has shaped the current forms of its perceptions of itself especially the the art of modelling--of rendering reality in abstract space drawn from data (e.g., Building Better Models). In the process it has transformed time, space, and the way we mark them, and with that the world around us. The trajectories, however have changed. What through the seventeenth century had been  a means for rationalizing the world around us, by the 20th century had now inverted the relationship between reality and perception. When what is perceived becomes real, reality is relevant only as a means of accountability, as a check on the viability of perception itself. That, of course, has produced a powerful philosophical reaction in the 20th century from an engagement with the nature of phenomena (Husserl, The Crisis of European Sciences and Transcendental Phenomenolog (§9 Galileo's Mathematization of Nnature)) and later to its political manifestation (Habermas).

COVID-19 has now exposed the extent to which those inversions have come fully to government at last. The pandemic has now exposed as well the way in the perception of politics and human organization, its reality is shaped, understood, and controlled through quantitative representation. CVID-19 has now also exposed the extent to which, whatever the lingering elements of the post 1945 era ancien regime intelligentsia suggest otherwise, the reality of politics is being manifested as the product of a perception of data that produces a managed simulation of the world in which it seeks to control. Modelling is the way we create these simulacra and through that creation creates for itself a more prominent role in the political management of human affairs. The character of that role is not as a tool of politics but as politics itself.  That, in essence (and we deal almost entirely now in a world that operates by reducing objects to its essence and then layering those reduced essences into models of reality), is what COVID-19 has revealed in 2020.

What follows are short reflections of the implications revealed by an ascendancy of data driven Pandemic; likely the most important legacy of COVID-19. Its effects have touched virtually every aspect of collective life. 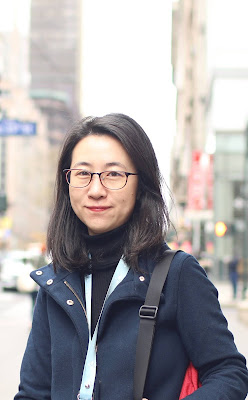 I have prevailed on Professor Li to offer readers in English a glimpse at some of the rich discussion among academics who are considering the application of principles of human rights with Chinese characteristics and compatible with the Chinese political and normative system. Earlier Commentary may be accessed: first Commentary (HERE); Second Commentary (HERE ); third Commentary (HERE).

For her fourth commentary, Professor Li considers Zhao Hong (赵 宏), Limitation and boundary of individual rights under epidemic prevention and control (疫情防控下个人的权利限缩与边界) which was just recently published in "Research on Comparative Law", Issue 2, 2020 (《比较法研究》2020年第2期). The author is Professor of Law at the China University of Political Science and Law, and was a visiting scholar at the University of Munich, Germany. Research for the article was funded through the "China University of Political Science and Law Excellent Young and Middle-aged Teacher Training Support Plan." The article abstract lays the issues out quite clearly:


Abstract: The whole country has entered an emergency state for the prevention and control of new coronavirus. In this context, individual rights are restricted due to laws and regulations such as the Infectious Disease Prevention Law, the Emergency Response Law, and the Emergency Regulations for Public Health Emergencies. The restricted rights include, in particular, the personal freedom, property rights and management autonomy of individuals. But even for public welfare purposes based on epidemic prevention and control, the restriction of individual rights by public authorities is not unlimited. The power limitation measures under the state of emergency are restricted by many principles such as legal reservations, the principle of proportionality, the prohibition of improper connection, and the protection of core rights, and these restrictions ultimately point to the protection of individual human dignity. These restrictions constitute the boundary of the contraction of individual rights under epidemic prevention and control, and at the same time ensure that the anti-epidemic work can be carried out in an orderly manner under the rule of law, ensuring that the rights of individuals subject to epidemic prevention and control are not subject to contraction, and eventually will not evolve into their complete exclusion and hollowing out of rights. (摘 要：全国目前已进入防控新冠病毒的应急状态。在此背景下，个体权利因为《传染病防治法》、《突发事件应对法》、《突发公共卫生事件应急条例》等法律法规的规定而受到限缩。受到限缩的权利尤其包括个体的人身自由、财产权和经营自主权等。但即使是基于疫情防控的公益目的，公权机关对个体的权利限制也并非毫无限度。应急状态下的限权措施受到法律保留、比例原则、禁止不当联结以及核心权利保障等诸多原则的限制，而这些限制最终都指向对个体人性尊严的保障。这些限制构成了疫情防控下个体权利收缩的边界，也同时确保了抗疫工作能够在法治框架下有序进行，确保了个体因为疫情防控而受到的权利限缩，最终不致演变为对其权利的彻底排除和掏空。)

Here one finds one of the more delicate questions for law and politics of this new era.   We know how the balancing ought to be undertaken in a pre-pandemic world.  If the weighing of factors has now changed so we understand the principles under which that revaluation of our values has been undertaken?  Certainly there was little discussion and no debate.  Instead there were metrics and probabilities and a sense, whose parameters were unstated about the value fo life (singular and aggregate) as a function of the life of the community. For these the traditional methods of evaluation appear to be as challenging in China as they are proving to be in the West.

(Birgit Spiesshofer)
Dr. Birgit Spiesshofer has been undertaking truly important and path-breaking work in the area of the responsibility of business for harms that may be attached (that, of course, is the issue of the moment, that is the jurisprudence of "attachment") to the economic activities of enterprises and persons.  Her  monograph, Responsible Enterprise: The Emergence of a Global Economic Order (Munich: CH Beck, Oxford, Hart, 2018), is a remarkable analysis of the "state of the legal art" in this field and an excellent basis for thinking about the paths already being carved out for going forward (for my review of this work, see "The Enterprise of Responsibility:" Reviewing Birgit Spiesshofer, "Responsible Enterprise).

Dr. Spiesshofer has now agreed to the translation of a recent essay-- Fridays for Future, Siemens or the Australian Government - who decides? , published originally in German in the Frankfurter Allgemeine Magazine Einspruch! (online).  The essay considers an important issue that touches both on the management of global production chains, and on the rationalization of corporate human rights and sustainability responsibilities. At the center of these issues, nowhere near consensus or resolution with any confidence virtually everywhere, is the interplay between legal and social licenses to operate.  The notion of a social license is not new though it has proven to be an elastic concept (e.g., here), especially in the context of extractive activities.  Its prominence increased as it was embedded as a key concept within the UN Guiding Principles for Business and Human Rights (2011; esp. Principle 11 Commentary) notion of corporate responsibility to respect human rights (connecting notions of human rights due diligence in the Second Pillar to a social license to operate. (Business and Human Rights: Towards Operationalizing the ‘Protect, Respect and Remedy’ Framework, Report to the UN Human Rights Council (Business and Human Rights Report), UN Doc. A/HRC/11/13, 22 April 2009, para. 46 ("Companies know they must comply with all applicable laws to obtain and sustain their legal license to operate. However, over time companies have found that legal compliance alone may not ensure their social license to operate, particularly where the law is weak. The social license to operate is based in prevailing social norms that can be as important to a business’ success as legal norms."), also here).  The issue is nicely framed in the essay and provides an important entry point for discussion here about convergence of law and governance even within the governance order of a developed state.