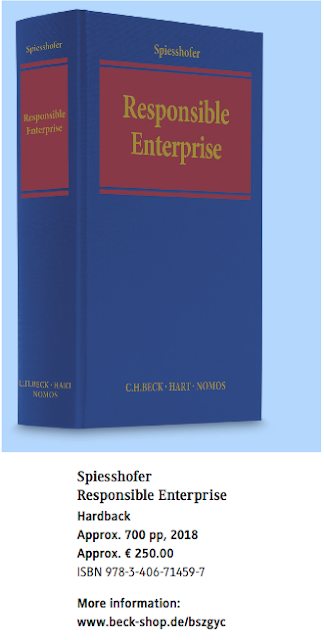 I am delighted to set out below some thoughts on a recently published book on corporate social responsibility (CSR). The book, Responsible Enterprise: The Emergence of a Global Economic Order (Munich: CH Beck, Oxford, Hart, 2018), is authored by Birgit Spiesshofer, who has worked as a lawyer  who since 2002 has served, inter alia, as Chair of the CSR committees of the International Bar Association, the Council of Bars and Law Societies of Europe, and the German Lawyers Association.

This fundamental work analyses the great variety of normative processes encompassed by the term ‘Corporate Social Responsibility’ (CSR) and subjects them to a syste­ matic and critical examination. Domestic and supranational legislation, international law and transnational private law instruments – supplemented and superseded by soft law and informal steering by private and public organi­sations – are the ‘smart mix’ from which a global order for enterprise responsibility is emerging.

The author relates these processes to fundamental consi­derations on the conception of enterprise, the justification and scope of enterprise responsibility and public­ private governance. She reveals that the informalization of norm­ creation and its transfer to the executive and private actors raises fundamental questions of national sovereignty, democratic legitimation and rule of law. A new conception of ‘law’ is also required.

My review of the book, "The  Enterprise of Responsibility," follows. 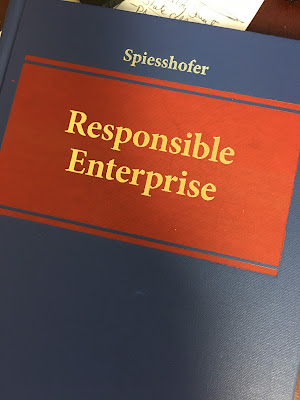