"International Law in Times of Disorder and Contestation;" ESIL Research Forum at the Hebrew University of Jerusalem 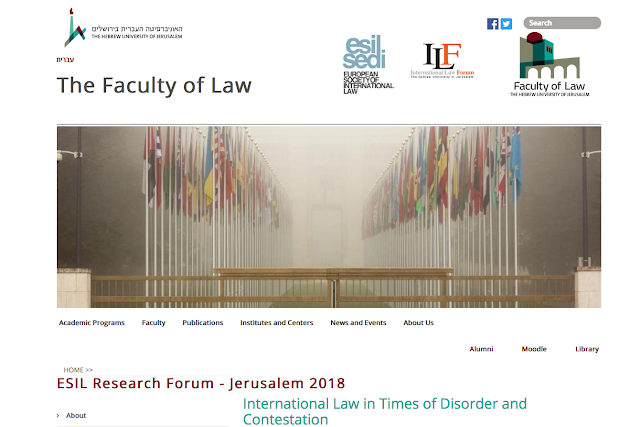 The Research Forum brings together a marvelous group of scholars considering issues of the moment. Research Forum Concept Note and Program follow below.  Also of interest the ESIL Board Statement justifying an event in Israel.