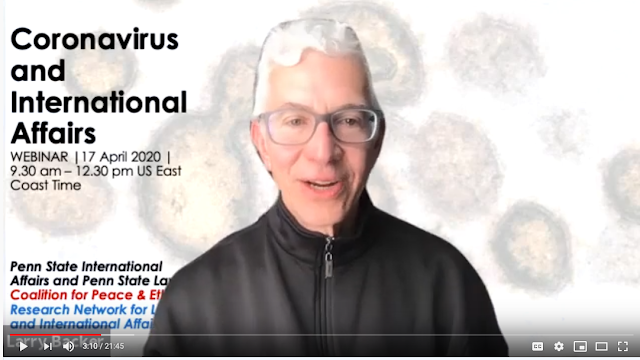 In the run up to the Webinar Conference Roundtable, Coronavirus and International Relations, a number of participants and contributors agreed to give short interviews around the conference themes and their own interventions. All Zoom interviews will be posted to the Coalition for Peace and Ethics You Tube Channel COVID-19 Conference Playlist.  For our first interview, Flora Sapio spoke to the issues of COVID-19 in Italy and its wider implication. 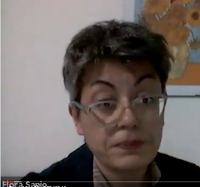 For our next interview Flora turns the tables and interviews Larry Catá Backer. Backer was asked to speak about the reasons for the focus on international affairs in the shadow o the pandemic when much attention has been on the rise of the state as the central element in pandemic countermeasures. Backer also spoke to the issues of the semiotics of CVID-19.  Those semiotics have sought to shape the reality within which the virus (and its effects) has been understood and responses rationally framed. In effect, the semiotics of COVID-19 suggests the way in which human communities have sought to make meaning from the virus, and having made a meaning universe to then apply it to the way in which they understand and respond to the pandemic.  Backer suggested three semiotics reality structures that have already emerged.  The first is grounded on nationality; here the meaning of the virus and the way one understands and responds is built on knowledge of its "Chinese" or "American" character, for example.  The second focused on the virus as a morality. Here meaning making constructs the virus as a moral agent, one that either represents a judgment or serves a s a portal for the projection of moral agendas. The third understands the virus as an incarnation of  responsibility. The virus here provides a means of understanding (and of sorting) the responsibility of institutions--public and private) for the damage it leaves in its wake. Information about Backer may be accessed HERE. 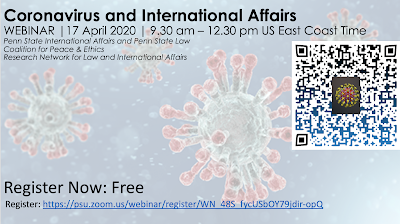