New Paper Posted: "State and Party in the Scientific Development of a Legitimate Rule of Law Constitutional System in China: The Example of Laojiao and Shuanggui"

The City University of Hong Kong's Centre for Comparative and Chinese Law is hosting an International Conference on “The Rule of Law With Chinese Characteristics in Transition” to be held 5-7 June 2013 at the Connie Fan Multi-Media Conference Room, 4/F Chen Yick-Chi Building on the campus of CUHK.  My great thanks to the Centre's director, Dr. LIN Feng, for organizing a great conference on a very current and important project. More on the conference in a future posting. 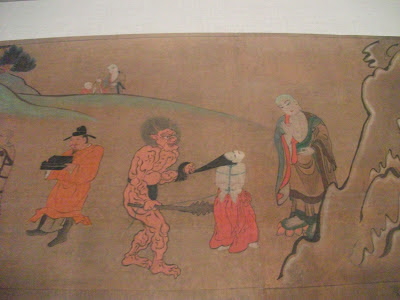 
I will be presenting a paper at that conference, co-authored with Keren Wang, a PhD candidate at  Penn State, which we have titled "State and Party in the Scientific Development of a Legitimate Rule of Law Constitutional System in China: The Example of Laojiao and Shuanggui," which considers the constitutionality of extra-constitutional or extra-legal detentions undertaken by the state (in the case of laojiao “劳动教养”) and by the Chinese Communist Party (in the case of shuanggui "双规").

The conference draft is now available through the Social Science Research Network (SSRN) HERE and the abstract follows below. We would be grateful for comments and suggestions.

The PowerPoint of the presentation (in English and Chinese) is available HERE or HERE.

State and Party in the Scientific Development of a Legitimate Rule of Law Constitutional System in China: The Example of Laojiao and Shuanggui
Larry Catá Backer*
Keren Wang*


ABSTRACT: China is developing its own distinctive path towards socialist constitutionalism and rule of law. Socialist constitutionalism with Chinese characteristics reflects China's history and its unique circumstances, but also conforms with the general principles of transnational constitutionalism. The Chinese constitutional order is grounded on a principal of separation of powers that distinguishes between an administrative power assigned to the government and a political authority assigned to the Chinese Communist Party (CCP). Administrative constitutional power is organized within the State Constitution; the authority of the CCPis acknowledged in the Constitution but framed by the ideological premises on which the political order is founded—under the guidance of Marxism-Leninism, Mao Zedong Thought, Deng Xiaoping Theory the important thought of 'Three Represents' and the concept of scientific development. This paper considers the development of constitutional rule of law theory with Chinese characteristics by considering its application in two related but distinct legal contexts-- laojiao (the system of administrative detentions, re-education through labor, or “劳动教养”) and shuanggui (the system of intra-CCP discipline of CCP cadres 双规). The paper will first briefly review the emerging framework of the Chinese constitutional order, represented by the respective roles of the state apparatus and the CCP. The paper then will review the laojiao and shuanngui systems, the former applicable to all individuals and the later applicable only to CCP members. It will suggest why laojiao is constitutionally suspect but shuanggui is constitutionally sound under the current constitutional framework. Shuanggui deals with political, rather than administrative breaches that touch on the integrity of the role of the CCP as Party in Power. It is in this sense beyond the competence of the administrative authorities represented by the government apparatus and relates to the constitution of the CCP rather than the constitution of the state and its administrative authority over the people. As a consequence, the shuanggui system is not subject to the same constitutional difficulties as laojiao. The paper ends with a suggestion of the ways in which shuanggui might benefit from scientific development under China’s rule of law constitutional system in the way it is administered.