The Role of the Chinese Communist Party in Business Enterprises--Law, Politics and Policy in the Construction of a Global Political Economy With Chinese Characteristics

I am starting research on the role of the Chinese Communist Party within private and public companies in China, and eventually, on the role of the CCP in Chinese companies operating abroad. The object is to try to understand the way in which the separation of powers within the Chinese constitutional framework--administrative power in state organs and political authority in the CCP--may be contributing to a distinct evolution of relationships between traditionally constituted private and public power. This has implications both for the interactions between public and private regulatory systems but also to the evolution of connections between global and domestic regulatory regimes. 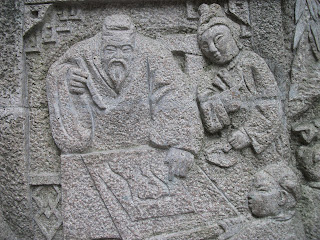 (Pix (c) Larry Catá Backer 2013)
This post includes a report by Shan Gao, an SJD candidate at Penn State that proposes some preliminary ideas about the connection between state, Party and business in China as a matter of law and policy. .