Conference Presentation: “The Structures and Ideologies of Social Credit in the U.S. From a Comparative Perspective” 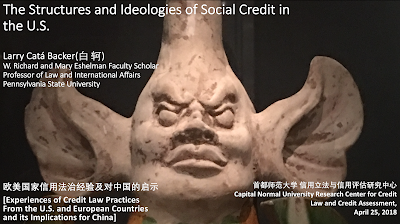 I was honored to have been asked to participate in a recently concluded conference, 欧美国家信用法治经验及对中国的启示 [Experiences of Credit Law Practices From the U.S. and European Countries and its Implications for China] which was hosted by 首都师范大学 信用立法与信用评估研究中心 [Capital Normal University Research Center for Credit Law and Credit Assessment], and held in Beijing, PRC, April 25, 2018. Coverage of the event can be found here from an earlier post: "Creating a New Pattern of Research on China’s Credit Legislation and Credit Rating From an International Perspective" [以国际视野开创中国信用立法与信用评估研究新格局]: Media Coverage of a Recent Seminar on Social Credit Initiatives


Social Credit is the name given to the initiative undertaken by the Chinese government during the present administration that is mean to produce an all around approach to ensuring compliance with law and social responsibility under the guidance of the state. Its overall policy strategy was last developed in the State Council Notice concerning Issuance of the Planning Outline for the Construction of a Social Credit System (2014-2020) 社会信用体系建设规划纲要. It proposed using the technologies of big data and big data management along with the possibilities of artificial and machine learning to develop comprehensive data driven structures for management around algorithms that can produce real time reward-punishment structures for social-legal-economic and other behaviors.


But Chinese efforts to develop and implement “Social Credit” systems raises a number of important questions not just for those interested in China and Chinese law, but also for Westerners with respect to the evolving character of their own legal-societal orders: Is Social Credit System unique to China? Are “social credit” systems operating in the West? What are the differences and similarities? Do they represent a more universal transformation of the way governments exercise power in the 21st century? What might be their value and their challenges for society?


My contribution to the conference, The Structures and Ideologies of Social Credit in the U.S., considered at some of those questions. It first provided a brief review of China’s Social Credit Initiative. The purpose of that section was to orient and provide perspective for the discussion of Western “social credit” efforts. It was also meant to make explicit the problem of viewpoint. Extracting its systemic qualities and understanding the scope of Chinese Social Credit provides a useful basis for approaching analysis of initiatives outside of China. The principal discussion then focused on a review of (mostly) U.S: initiatives that suggested a social credit flavor. The discussion centered on the question of the systemic qualities of U.S. efforts, its sources and character as private or governmental. Issues of coordination and coherence were also considered. The focus, though, in contradistinction to Chinese efforts, was the centrality of the ordering principles of governance, risk management and compliance in a mostly privatized though complex set of U.S. initiatives and its emphasis was on techniques and operations. The presentation ended with a brief comparison of both approaches and the challenges each presents within the respective logic of their organization.

The presentation PowerPoints follow. They may be accessed HERE. 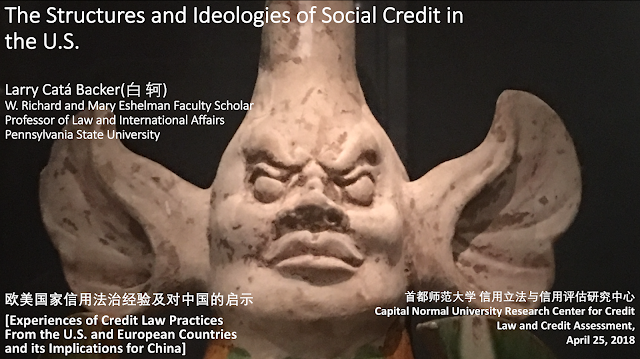 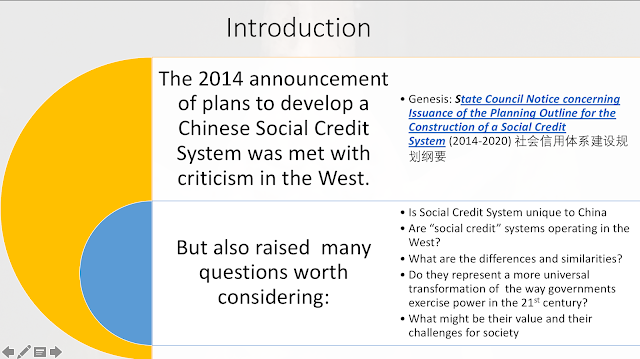 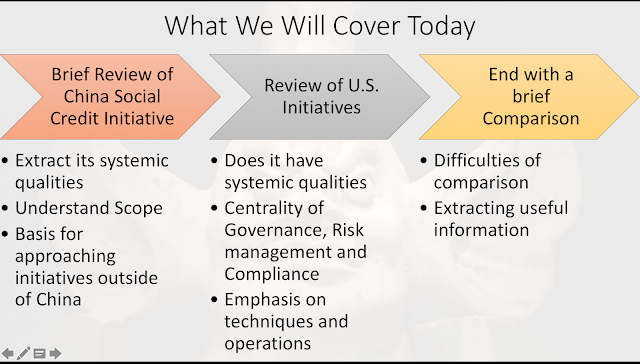 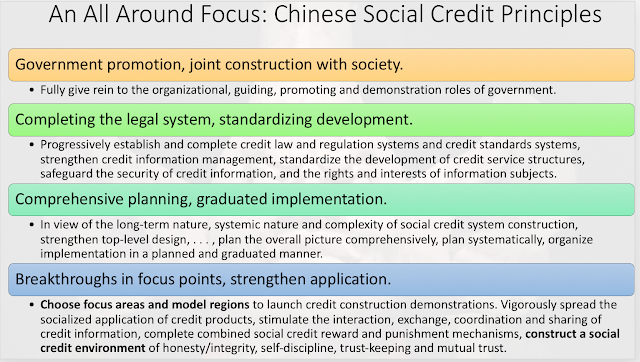 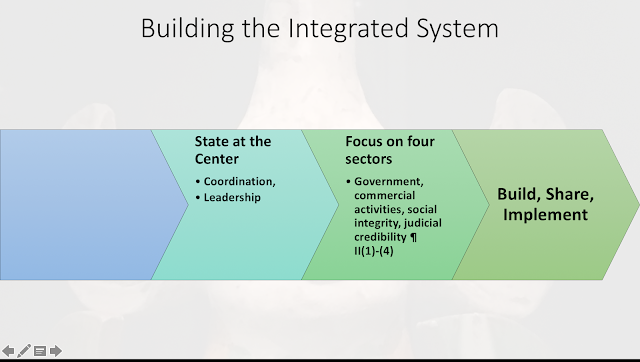 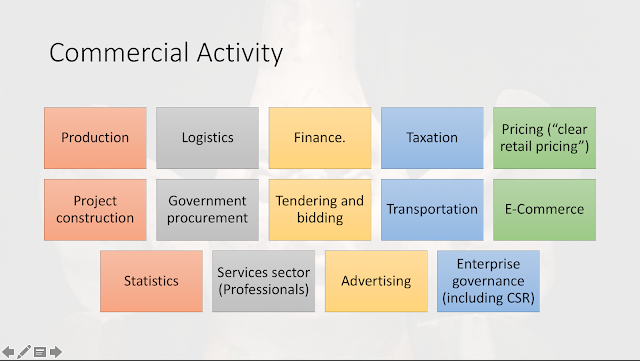 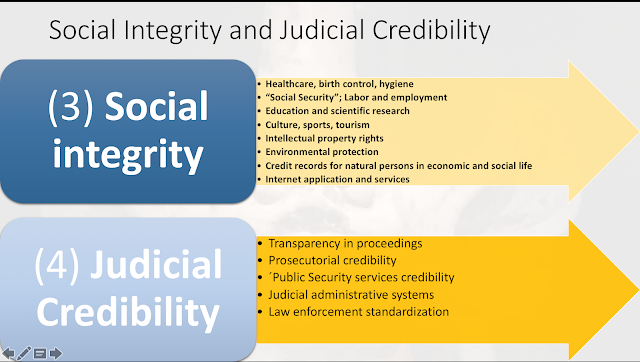 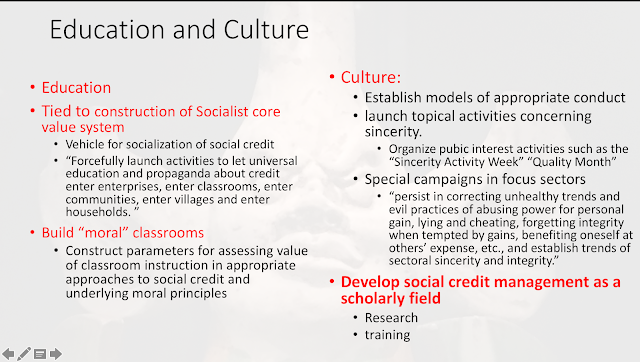 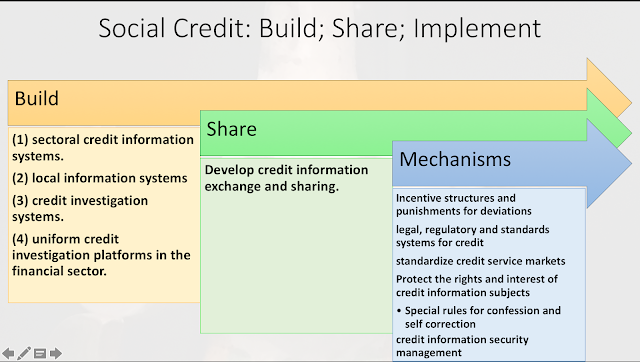 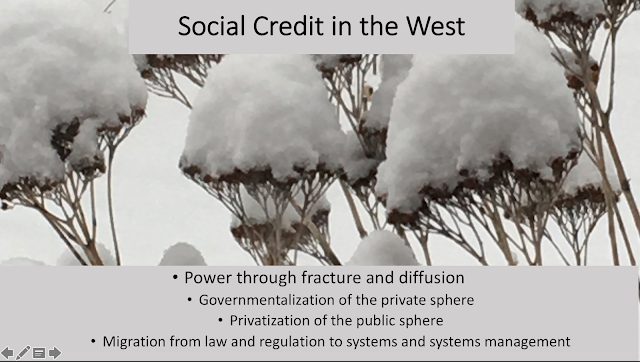 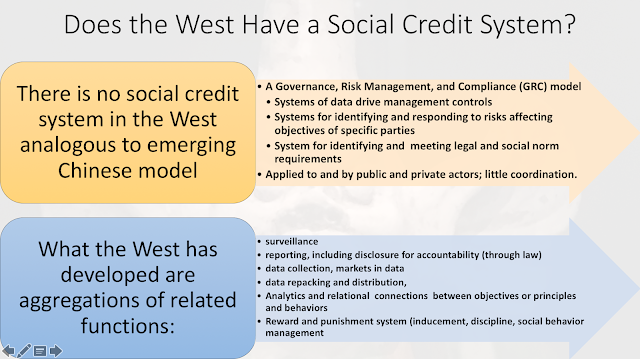 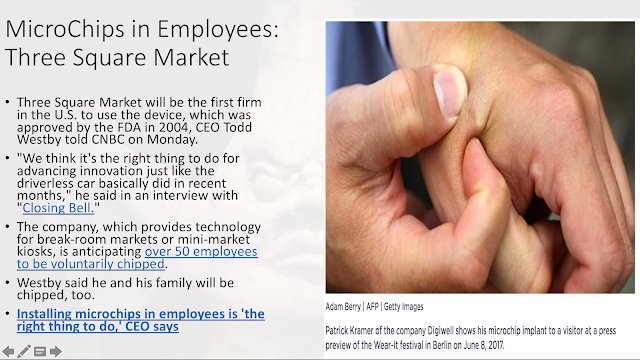 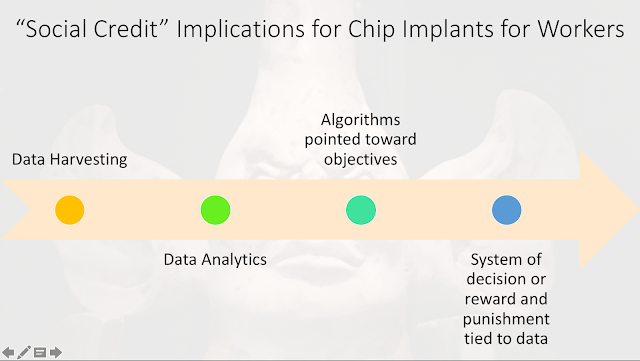 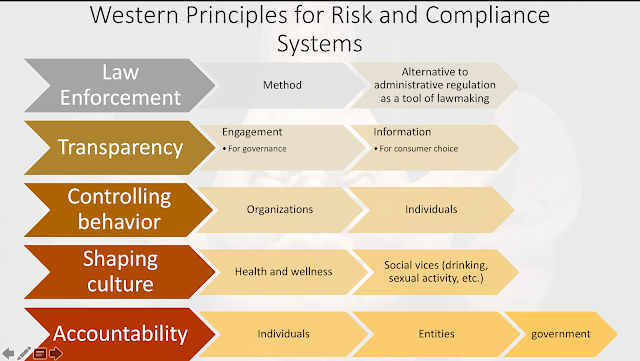 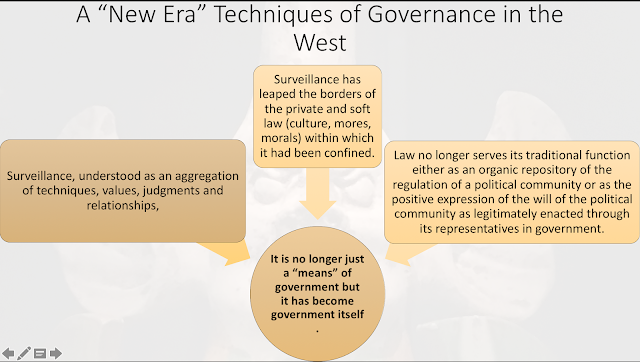 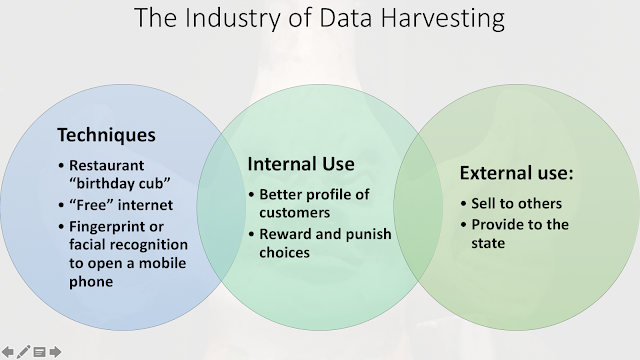 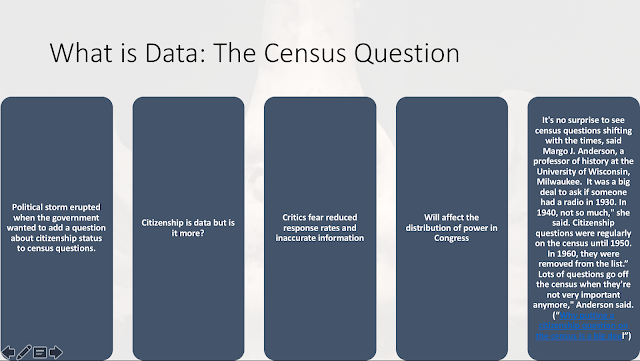 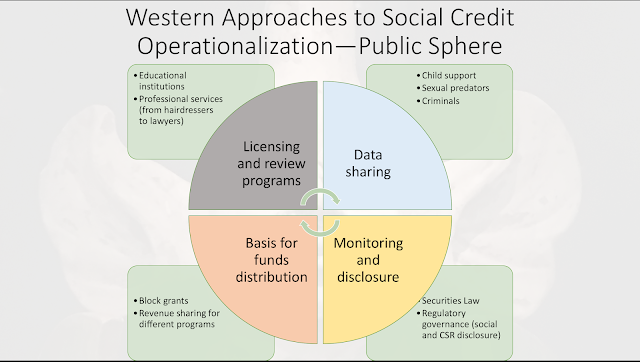 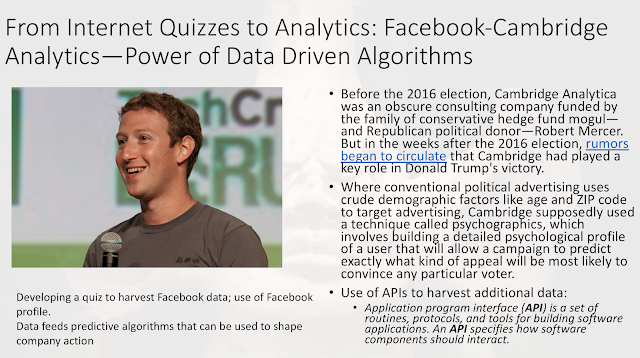 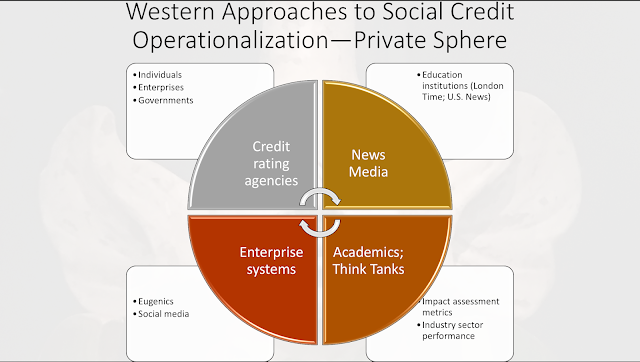 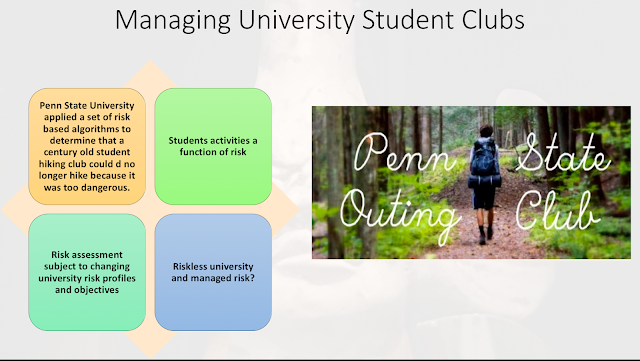 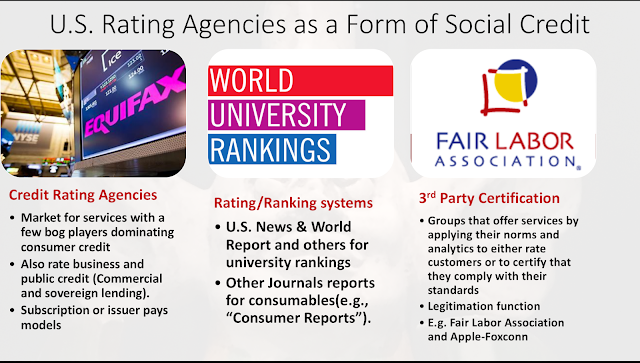 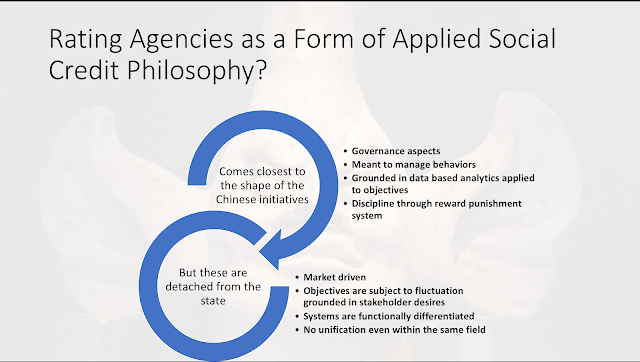 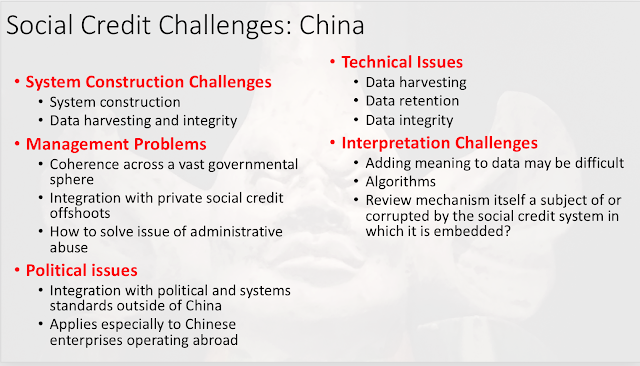 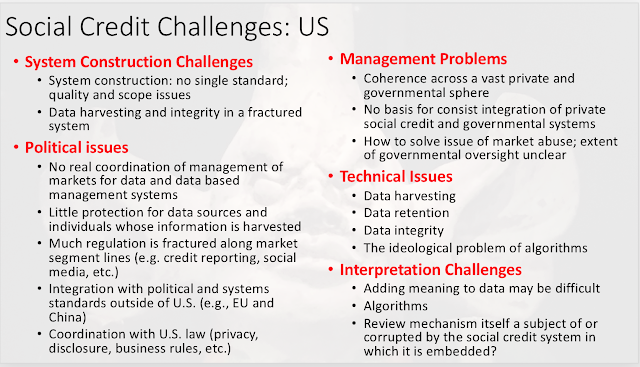 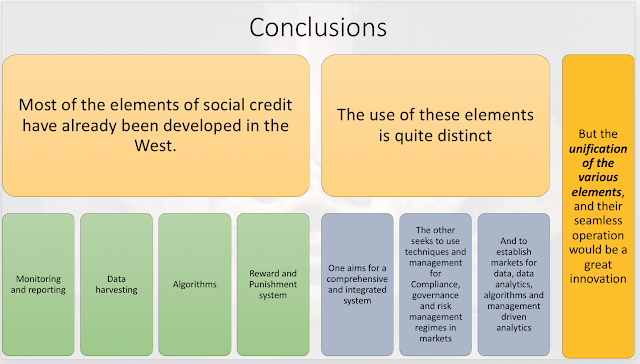 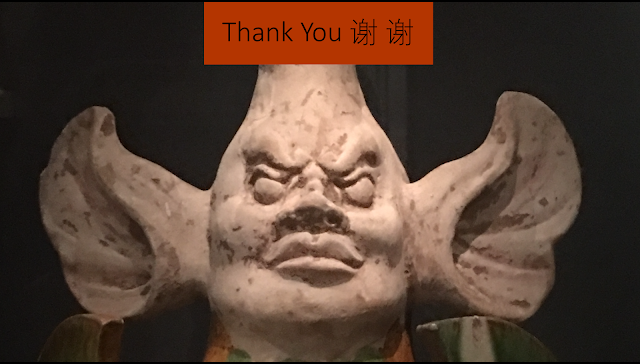