Flora Sapio: "The Making of Global Norms With Chinese Characteristics"--Presentation at the Conference "China Global" University of Cologne, Germany 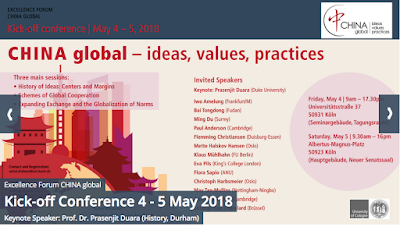 On May 4th and 5th, Dr. Flora Sapio was invited to the Conference  “China Global”, held at the University of Cologne (Germany).  Conference Program may be found here.

Dr. Sapio presented a paper titled The Making of Global Norms With Chinese Characteristics. The paper observed how the understanding of norm-making as a process cannot take place absent an understanding of the constitutional structure of nation-states.

The summary of the paper, and its research context within the research program of the Coalition for Peace and Ethics (here and here), follows. 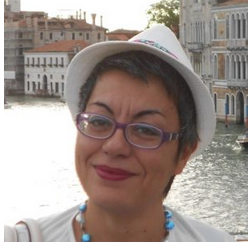 In observing China, Western studies of constitutionalism have privileged processes of norm making originating from within the state apparatus. The state, however, is not the only actor involved creating domestic and transnational norms. While the leadership role on norm making processes originating from China belongs to the Communist Party of China, mainstream Western scholarship has neglected to observe not only the Communist Party of China and its system of regulations and rules. The Chinese People’s Political Consultative Conference – an organization which pre-dates the apparatus of China’s state – has been ignored, made an object of de-legitimizing narratives, or else dismissed as a secondary actor.

The paper is among the results of the research project “19th Congress of the Chinese Communist Party: Documents and Assessment”. Launched by the Coalition for Peace and Ethics in November 2017, the project has the goal to collect and analyze original language, unstructured data relating to  China’s constitutional system as a whole since the 19th Congress. Some data has been made available to the public in English, and can be accessed via this link.

As part of the project, in the six months between November 2017 and May 2018 the CPE has organized two round-tables, one conference, and one educational event provided to the global public. A public roundtable on the Chinese People’s Political Consultative Conference has been planned for August 21, 2018 as part of its Summer-Autumn series: The Vanguard Governs in the “New Era”: A Focus on Chinese Political and Governing Institutions. Further events on the Chinese People’s Consultative Conference will be announced in due course.

Dr. Sapio’s paper is based on a 10,000 words commentary to the Constitution of China’s Political Consultative Conference. Geared towards a broad audience and hence written in an informal tone, the commentary has been published in two parts on Law at the End of the Day.