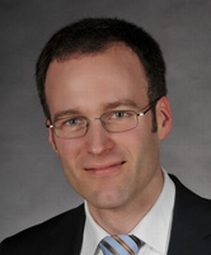 Here is the Abstract:

Engert distinguishes between transnational law, which is viewed somewhat more narrowly as tied to the structures and ideologies of the modern law-state, and transnational regulation.  Unlike transnational law, transnational regulation, which Engert suggests that transnational regulation "starts out from cross border activities and effects as the object of regulation" but liberates the response from the confines of law ("legal rules imposed and enforced by national governments") to embrace other forms of regulation.  (Id. at 330).  He highlights two forms of regulation that have been hard to incorporate into any system of transnational "law" discourse in Europe; the first are "non-binding or less binding rules ('soft law')."  The second includes "self-imposed or self-enforced rules ('private ordering')."  (Id., 331).  When applied to transnational activities, transnational regulation can suggest cooperation among states and ultimately international rules.  (Id.).  These systemic constructs are applied powerfully to the issue of the regulation of hedge funds.
Engert's great insight is in the identification of power of polycentricity at the heart of transnational regulation.  The hedge fund case study suggests how in a world of governance fragmentation, of governance regimes that are grounded in the self regulatory power of functionally differentiated communities that overlap in dynamic ways, the state has lost its monopoly on governance. More importantly, law has lost its monopoly as the highest and singular form of legitimate governance, even within political systems.  The law-state has become a factor in the production of governance, like the corporation, the investor community, and international civil society, to name a few.  Engert illustrates how it is now better to speak of regulatory regimes rather than governance systems operating autonomously.  See, Larry Catá Backer,  Private Actors and Public Governance Beyond the State: The Multinational Corporation, the Financial Stability Board and the Global Governance Order (August 13, 2010).
Engert concludes: "Transnational regulation is different. What distinguishes it from regulation in a purely national setting is, primarily, the mismatch between the single regulator’s authority and the scope of the market failure." (Id., 377). He recognizes the importance of governance sources beyond the state, and governance forms outside of law.  Yet,

[g]overnments thus remain indispensable for regulating hedge funds (if such regulation is considered desirable). Therefore, the specific constraints of multiple government regulators in dealing with transnational hedge fund activities gain importance. Analogously to the limits of self-regulation, regulatory competition among national jurisdictions cannot be trusted to provide for adequate regulation; it implies a slant towards laissez-faire even where stricter systemic risk regulation is called for. . .  .[G]overnments have to coordinate their policies to reassert their power to regulate. (Id.).

But there is a necessary space for non-governmental regulation.  Still, that may also require the guidance of the state, or groups of states, or organizations that are derived fro states.  He explains: " as regards the specific aim of controlling systemic risk from hedge funds, the analysis has led to the somewhat sobering conclusion that industry self- regulation depends critically on support from the government." (Id.,  377).  And Engert is right. Government is indispensable to the regulation of capital--both its flows and its constitution.  But which?  And how much? Engert offers one plausible variation on an answer.  But more importantly, he points to the contours of every answer to the question--that while government is indispensable, it is only one of several components to the solution.  We have entered an era of governance regimes in which the law-state has been diminished but not extinguished, where survival depends on coordination and amalgamation, and in which social-norm communities have become political factors in activities that do not recognize the power of territory.
Posted by Larry Catá Backer at 12/27/2010 09:25:00 AM