Syllabus for a Course on Actors, Institutions, and Legal Frameworks in International Affairs


This course introduces students to the various levels of international interaction and exchange (supranational, state-to-state, state-to-private, private-to-private); the sources and limitations of law and regulation at each level; and the variety of actors and institutions characteristic of each level. The course explores the roles, authority, and limitations of the institutions and actors at each level and the implications of these for domestic and transnational governance, development, human rights, commerce, migration, and civil society. (From the Penn State Website) 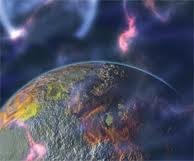 I have found it both challenging and quite rewarding to teach the legal framework of the international order--and the current challenges to the state as a foundation of the global order and law as the framework for governance.  The course helpos spotlight both the embeddedness of law in the construciton of governnace systems and its use to isolate and manage those systems in accordance with its own logic--a logic sometimes at substantial variance with intention and practice.  The result, many times, is the use of law strategically, the perversities of formalist approaches and the loss of discipline in functional approaches.
While the course is designed as a standard U.S. style 3 credit course; it can also be segmented or taught in more abbreviated form.  The materials were selected to substantially reduce the costs of published materials for students.  Many of the readings are available on line or easily placed on library reserve.  The required texts (if purchased in paperback or used, constitute a relatively minor expense). I have increasingly embraced the idea that if a source is sold on line I will avoid using it in favor of another that is available without charge.  This is particularly relevant where students have less discretionary income.  I am happy to discuss the course and its possible variations. 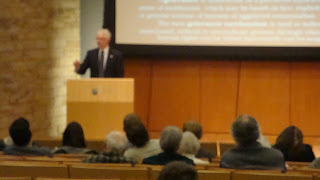 COURSE INFORMATION
From the Course Catalog:
This course addresses the principal actors at various levels of interaction in international affairs: supra-national bodies, States, quasi-States, international organizations and institutions, non-governmental organizations (NGOs), transnational corporations, and individuals. Emphasis will be placed on the sources and the limitations imposed by various legal regimes (general and regional international law, national (or municipal) legal systems, internal administrative regulation (for international organizations), and attention given to the roles and authority of actors and limitations on those roles and authority in the domains of development, human rights, international transactions, migration, public health, and civil society generally.
What does this mean?
First, students will be introduced to the range of organizations that populate the landscape of international affairs.  In line with the current global framework of hierarchies of political power, that means a focus on the state.  The students will consider the state system—that is, the state as a political organization and as an actor among other states and non-state actors. They will be introduced to notions of differences between governors and governed and hierarchies of authority.  They will also be introduced to the distinctions between international and domestic law systems, and non-law systems.  Together these provide the framework within which international actors operate.
Second, students will learn about each of these entities. Students start with the state.  All other international actors are then considered from the perspective of this touchstone entity—quasi-states (e.g. Somalia, Palestine, Kosovo); international organizations (e.g., United Nations); supra-national organizations (regional trade organization, ); transnational corporations (e.g. Nike) and non-economic corporate actors (e.g., Oxfam); and individuals. The focus of this exploration with respect to each of these actors will be similar: how are they constituted, who are their stakeholders, what is the extent of their authority (internal and external), to which other entities are they dependent, how to they operate.
Third, students will consider how each of these entities operates within the global context.  They will consider the “rules of engagement” among these institutions.  They will also explore the ways in which these institutions communicate with each other (notions of structural coupling), how or to what extent they retain autonomy with respect to internal and external activity), and how their interactions affect policy, culture, economics, and globalization.
Fourth, the context of these investigations will be grounded in the legal frameworks within which these institutions operate, or against which they might function.  Students will be expected to acquire a rudimentary knowledge of the international law system, and its distinction from domestic law systems.  Students will also explore the quasi-legal nature of governance systems—rules that have the functional effect of “law” but are not produced through the organs of state actors.
Fifth, students will learn how to manage and present information.  Students will be expected to work together in groups to develop and present policy positions and background analysis on a number of the topic areas covered in class.  To master the materials it will be necessary to show not merely a knowledge of the materials studied but to apply them in a working context.
COURSE MATERIALS
Many of the readings for the semester will be drawn from these texts.  While they are available at the bookstore, you might consider buying them either used or elsewhere to save money.
REQUIRED:
José E. Alvarez, International Organizations as Law-Makers, Oxford University Press,  2006, ISBN 978-0-19-876563-9 (Paperback)
Networked Politics: Agency, Power, and Governance (Miles Kahler, ed.) Cornell University Press, 21009.  ISBN 978-0-8014-7476-7 (Paperback).
Materials to be distributed via Angel.
RECOMMENDED (BUT NEED NOT BE PURCHASED):
Dan Sarooshi, International Organizations and Their Exercise of Sovereign Powers, Oxford University Press 2005.  ISBN  978-0-19-922577 (Paperback).
Jan Klabbers, An Introduction to International Institutional Law 2nd ed. Cambridge University Press 2009.  ISBN 978-0-521-73616-9 (Paperback).
Non-State Actors in International Relations (Bas Arts, Math Noortmann and Bob Reinalda, eds., Aldershot: Ashgate, 2001).  ISBN 0 7546 1848 X