Recently, presidential candidate and former governor Mitt Romney caused a bit of a stir while campaigning among the people of Iowa in search of credibility and signs of popular support for his presidential ambitions. The object of interest was Mr. Romney's effort to describe his sense of the character of the corporation and to contextualize that characterization within the framework of his campaign policy positions.  Appropriately, it seems, the comments were delivered at the Iowa State Fair, an entertainment extravaganza. 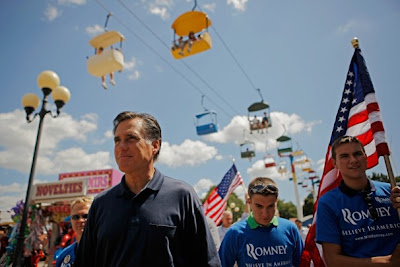 Romney’s appearance at the fair’s soapbox grew unusually testy when a few angry people heckled the Republican presidential candidate over his declaration not to raise taxes. They urged the campaign front-runner to increase taxes on the wealthy to help fund such entitlement programs as Social Security and Medicare.
Romney explained that one way to fulfill promises on entitlement programs is to “raise taxes on people,” but before he could articulate his position on not raising taxes, someone interrupted.
“Corporations!” a protester shouted, apparently urging Romney to raise taxes on corporations that have benefited from loopholes in the tax code. “Corporations!”
“Corporations are people, my friend,” Romney said.
Some people in the front of the audience shouted, “No, they’re not!”
“Of course they are,” Romney said. “Everything corporations earn ultimately goes to people. Where do you think it goes?”

An alternative version of the events is described in Michael P. Falcone and Z. Byron Wolf, Mitt Romney At Iowa State Fair: 'Corporations Are People, My Friend', ABC News, August 12, 2011.  The moment was also recorded and, to no one's surprise, posted to YouTube: Here is the link. 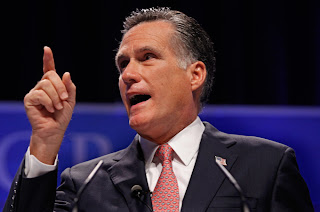 Before we get too excited, says Greg Sargent at The Washington Post, consider "the larger context" of Romney's words. He clearly meant that "corporations are made up of people, and that when you tax corporations, you also end up taxing the people who comprise them." Well, this is "probably not the way he wanted that to come out," says John Marshall at Talking Points Memo. "Oops."  (From Mitt Romney's 'corporations are people' gaffe, The Week, Aug. 11, 2011). 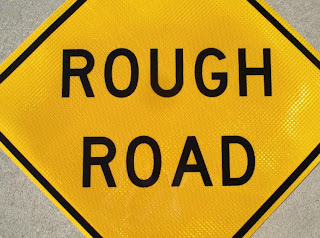 (From http://www.ricesigns.com/buy/rough_road_signs.htm)
In the United States over the last several decades, shifting majorities have, from time to time, more or less strongly embraced the first two views--the corporation as institution and the corporation as property.  In the field of public (and principally constitutional) law, the result can produce contradiction.

These fundamental differences in conception were neither accidental nor evidence of confusion. They are ancient and well considered positions on the nature of the corporation that are, to some extent are both irreconcilable and give rise to substantially different constitutional and regulatory consequences. The differences, in modern form, were first well-exposed in First National Bank of Boston v. Bellotti, 435 U.S. 765 (1978), and contested in Austin v. Michigan Chamber of Commerce, 494 U. S. 652 (1990). Citizens United has effectively recast them anew. The effect of Citizens United is thus not merely confined to issues touching on the constitutional protections of speech rights, and the form of legitimate of constitutional jurisprudence. Rather, it will have potentially significant effects on approaches to the regulation of corporations far beyond the constitutional framework in which the case was decided.(From Larry Catá Backer, What is a Corporation? : The Regulatory Effects of Different Conceptions of Corporate Personality in American Constitutional Law in Citizens United v. FEC, Law at the End of the Day, Jan. 24, 2010).

In some American jurisdictions, for example Delaware, courts and legislatures have embraced both views.  As a result, some statutes and court decisions appear to be grounded in the understanding of the corporation as property in the hands of shareholders, while other statutes and court decisions are grounded in the embrace of the notion of the corporation as autonomous entity distinct from its shareholders.   The results can be incoherent--pushing policy towards a focus on shareholder rights in some instances and toward director authority in others.
It is in this context that Mr. Romney's remarks acquires a different completion.   Mr. Romney is correct to observe that corporations are people--to the extent he is seeking to reference the idea that corporations are institutions that exist autonomously from its stakeholders. But that is precisely NOT what Mr. Ronmey appears to mean.  Mr. Romney insists that corporations are people, that is autonomous, because everything corporations earn goes to people--in other words corporations are autonomous entities because they are property in the hands of their shareholders!  This effects a perverse conflation between two wholly inconsistent understandings of corporate character.  In effect, Mr. Romney's description is ridiculous when taken together, but each of its two parts, when considered separately, in themselves are substantially correct. Each is a reflection of equally legitimate understandings of corporate character well embedded in American law, politics and culture. Mr. Romney's confusion, of course, and his heroic efforts to perform an impossible conceptual merger, reflects the confused (or perhaps incoherent) state of American approaches to the issue of corporate character.  Mr. Romney appears to understand that corporations can be understood both as autonomous institutional actors distinct from their shareholders and as property in the hands of those shareholders.  But he doesn't understand (and here he is probably representative of many public officials) that these views are distinct and represent different sets of assumptions about the relationship between corporations, their stakeholders, society and the state.
Posted by Larry Catá Backer at 8/12/2011 10:29:00 PM