Folks interested in the area of business and human rights might want to chack our Jena Martin Amerson's new blog: The Business of Human Rights. 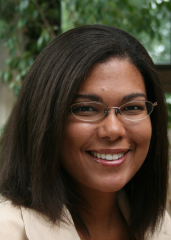 The Business of Human Rights

The business and human rights landscape has changed tremendously over the last ten years. Traditionally, public international law has been focused on state behavior. The idea of corporations being duty bearers for human rights abuses was originally discussed (and put into a formal resolution by the U.N. Sub Commission) in 2003. However, it was incredibly controversial and quickly defeated. Then, in 2004, Kofi Annan appointed John Ruggie at Harvard to act as a Special Representative on these issues.

Ruggie, after receiving input from businesses, human rights advocates, states and other stakeholders, crafted in 2008 a framework for understanding business and human rights. The Framework rests on three pillars – a State’s duty to protect, a Corporation’s duty to Respect and the role of both in Remedying human rights violations should they occur. The Respect Framework as it relates to corporations, places no legal responsibility on them. However, using the non-legal sense of the word, the Framework articulates aspirational goals that a corporation should follow to respect human rights.
This concept of business and human rights was further institutionalized in June 2011 when the UN human rights council unanimously adopted a set of Guiding Principles to help businesses operationalize this Framework.
Despite their non-binding mandate on corporations, the Respect Framework and the Guiding Principles have the potential to revolutionalize the “business of human rights.” The U.N.’s resolution marks the first time that the idea of corporate responsibility for human rights issues has been explicitly endorsed by the U.N.
So why should we care?
On February 27th, of this year the Supreme Court initially heard arguments on whether corporations can be held liable under the Alien Tort Claims Act (or Alien Torts Statute). The Supreme Court put off making a decision and instead, heard arguments again two weeks ago (on October 1st). But here’s the point I want to make- the genesis for this lawsuit came in 1995 when Ken Wiwa and other protested the practices of Shell in the Niger Delta. This led to their execution by the then Nigerian government in what then prime minister John Major called judicial murder. Now, I understand that there have been other Supreme Court cases that have a genesis of over seventeen years in the making but, add to this the fact that it was for Shell’s alleged involvement (or inaction in assessing these non-financial risks), it’s no wonder now that businesses are starting to pay more attention to this area.
Therefore, whether the issue of business and human rights is examined as a humanitarian issue or simply good business practices, it is becoming increasingly clear that corporations need to include preventing human rights violations in its risk assessments. In other words, this might be a prime moment for advancing the business and human rights agenda, simply because it seems that we are witnessing (as Derrick Bell has referred to it) as interest convergence between business and human rights advocates.
So, that’s why this blog is here. To document this moment and, hopefully shape the direction that this moment takes. I hope you will join me in the conversation.