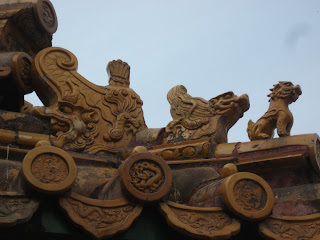 If the Lord is my illumination, then does God guide me as I create God? More importantly, it suggests that the approach to the sources of knowledge will substantially affect the way it is seen.

I cam across the Latin motto of some universities--Dominus illuminatio mea--from Psalm 27 (יְהוָה, אוֹרִי וְיִשְׁעִי--מִמִּי אִירָא). It is commonly translated as "The Lord is my light." It is generally understood as a sign of the direction of enlightenment from the divine to the human sphere.  It serves universities, traditionally, as a reminder of the connection between human rationality (and science) and the divine spark, the source from which knowledge derives.   (e.g., Larry Catá Backer, Fides et Ratio: Religion and Law in Legal Orders Suffused by Faith, Law at the End of the Day July 30, 2007; Benedict XVI, Apostolic Journey Of His Holiness Benedict XVI To München, Altötting And Regensburg, (September 9-14, 2006), Meeting With The Representatives Of Science, Lecture Of The Holy Father, Aula Magna of the University of Regensburg, Tuesday, 12 September 2006, Faith, Reason and the University (Official revised version) (original version). 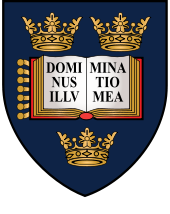 (Arms of the University of Oxford, including the motto)

But it is also a reminder of the tension within that motto and the paradox contained in the words, whose flow is full of ambiguity. Dominus illuminatio mea might also be understood semiotically as suggesting the opposite--that the the Lord is my illumination.  That is, not that the divine provides light but that the light of the Lord is a human creation.  For the university, of course, this provides an irony that is irresistible.  For on the one hand, it suggests that humanity sees only through the Lord, and yet it also suggests, and simultaneously, that the illumination of the divine is a divinely human creation.   The divine IS my illumination, or the divine is MY illumination.  Humanity possesses light; but for the university it is not clear whether the light is divine or human or whether it is humanity that is creating the light of the divine in which it basks or whether its efforts are derived from the light of the divine and limited by its scope. That tension defines a great challenge for the production of knowledge in the 21st century.  More importantly, it suggests that the approach to the sources of knowledge will substantially affect the way it is seen.  Illuminatio is both a reference to seeing and to understanding--an act of giving and possession which gives meaning.  Irony.

Interesting! I have no doubt that many intellectuals subscribe (some more honestly than others) to the idea that illumination is "d"ivine, Divine, and self-created. I suppose this might be where the idea of revelation is so critically invoked. That there is perhaps a distinction between illumination and revelation. The little Karl Barth I've read seems to drive this point home. And developing the method by which the two are distinguished is the task of systemic and personal theology. Faith seeking understanding. A great mystery indeed.

The second portion of the first verse of the 27th Psalm may have been intentionally omitted from this common Latin motto. It would be fitting in some ways as an enlightenment snub, shrouded in an expedient yet relevant cultural reference. Or perhaps it is a fitting unintended reminder that salvation can only be Divinely revealed - even when we (including the lamp"ish" institutions) do a great job of muddying truth. I had to smile when I read recently that one of the scientists who discovered Higgs Boson immediately corrected herself when she uttered "Oh my God" upon a critical point in the process of discovery. Funny that yet barely understanding Higgs Boson, she assumes to understands its author. The problem is that we are too often limited by our own little boxes.

Great observations. I am interested to see you writing in this area - fully appreciating that your purposes might (perhaps) be different than what you think they are. Smiling.

Hope to see you soon friend.