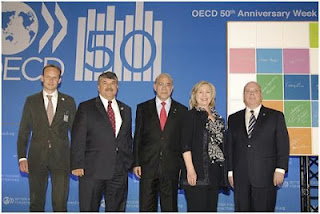 Part 16:  The U.S. NCP and the Scope of its Information and Promotion Functions.

This series builds on some ideas I have been working through for a number of years relating to a fundamental shift in the approaches to corporate governance that broaden the ambit of corporate governance issues from a singular focus on internal governance (the relationships among officers, shareholders and directors) to one that includes corporate behavior and the standards by which officers, directors and shareholders exercise their respective governance authority. This shift also changes the scope of what is understood as "law" to be applied to issues of corporate governance, from one principally focused on national law to governance norms that may be sourced in the declarations and other governance interventions of public and private international bodies. Lastly, it appears to point to an evolution to the role of the state from the principal source of standards and enforcer of law to a vehicle for the implementation of international standards  in which enforcement power is left to global market actors--principally consumers and investors function of the decisions of global actors.  All of this is inconsistent with traditional notions of the role of law, the scope of corporate governance and the nature of corporate social responsibility int he United States.  The extent to which the United States participates in the construction of these autonomous international systems may suggest the direction in which government policy may be moving away from the traditional consensus of corporate responsibility to something perhaps entirely new.

This post examines the way in which the informational and promotion role of the US NCP mirrors and harmonizes with the US NCP's approach to specific instance claims under the MNE Guidelines. The obsession with confidentiality, and therefore the extensive suspicion of transparency, ironic given the emphasis on transparency of the MNE Guidelines (see Backer, Larry Catá, Transparency Between Norm, Technique and Property in International Law and Governance--The Example of Corporate Disclosure Regimes and Environmental Impacts, Minnesota Journal of International Law 22:-- (forthcoming 2012)) , the narrowness of the interpretation of its obligations as an adhering state in the context of information sharing, suggest that the NCP's approach to specific instance claims is part of a broader approach to the U.S.'s engagement with its OECD obligations, one that continues to emphasize the foreignness of that work and its utility only for the projection of U.S. policy (now cloaked within the internationalism of the OECD). 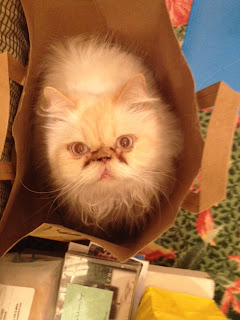 
Part 16: The U.S. NCP and the Scope of its Information and Promotion Functions.

We have now seen the extent to which the core policy decision of the United States--to contain the MNE Guidelines project for use solely as an instrument of foreign policy, and thereby insulating the U.S. domestic sphere from its application. We have also demonstrated the extent to which the practices of the US NCP, whether under the more restrictive practices of the Bush Administration or the reorganized and more open operational framework of the Obama Administration, continues to adhere to this basic premise of U.S. policy.

The US NCP's efforts at information and promotion of the MNE Guidelines suggest a coordinated approach to this narrow application.  The US NCP provides a dedicated website (www.state.gov/usncp), but the US NCP does not make available its annual reports on line or otherwise.  While it does report up the chain of command at the State Department , it does not conduct surveys or collect data documenting enterprise awareness of the MNE Guidelines.  It does, however about enterprise awareness of the MNE Guidelines! Internal projection, thern, is minimal and deferential.  The US NCP treats these MNE Guidelines as mere aspirational principles with no real effect, except perhaps in dealing with the foreign operations of US multinationals.

With transparency at a minimum and outreach primitive, it will come as little surprise that its awareness campaigns are clubby--in the sense of speaking awareness to a small, remote and insular group of people who tend to travel int he same circles within government, academia and business, who are expected somehow and form on high to push down their understanding , down to the masses where policy might have a functional effect. The awareness campaigns, then, exhibit the hallmarks of cronyism that does little to functionally meet the objectives of the MNE Guidelines while appearing to conform fully to their formal expectations. And even this outreach is undertaken sparingly--a grand total of nine (9) interventions in 1011-2012, all to insider groups is hardly a basis for broad dissemination of the MNE Guidelines.

Within the state apparatus, awareness is also circumspect and restrained.  Participation in the usual array of interlocking committees is the backbone of these efforts-- the Inter agency Working Group is essentially the outlet for these inter-governmental efforts. The ineffectiveness of this arrangement is apparent by the product of these interactions over the long period of time this arrangement has been in place.  More telling perhaps is that these arrangements represent no change form the practices of the Bush Administration. More effective has been its role in foreign policy related endeavors--from cooperation with the Export-Import Bank  to its outreach (feeble though it may be) through cables and other communications to US embassies abroad. It's expected more close cooperation with the ILO and the Human Rights Commission also emphasizes the outward thrust of efforts,.

Section B of the Procedural Guidance requires NCPs to raise awareness of the Guidelines and their implementation procedures with stakeholders, partner organizations and interested public, and to actively promote their use. Cooperation between NCPs, stakeholder institutional networks and partner organizations can play an important role in enhancing the effectiveness of information and promotional activities on the Guidelines.