I have suggested that though expedient (because it appears efficient), extraterritoriality as a means of extending human rights at across borders will benefit powerful states and constitutes in its most abusive practice a form of "legal imperialism."  I have also suggested that this principled approach creates an “extraterritorial application of the (favored) laws of certain jurisdictions (usually from developed states); the development of substantive rules of corporate responsibility as international law (usually reflecting the position of developing states though serving the policy objectives of portions of developing-state elites); and privatization of corporate regulation beyond the traditional scope of corporate governance.” (Larry Catá Backer, Private Actors and Public Governance Beyond the State: The Multinational Corporation, the Financial Stability Board, and the Global Governance Order, 751 Ind. J. Global Legal Stud. 802 (2011); See generally, Anne-Marey Burley, The Alien Tort Statute and the Judiciary Act of 1789: A Badge of Honor, 83 Am. J. Int'l L. 461 (1989). 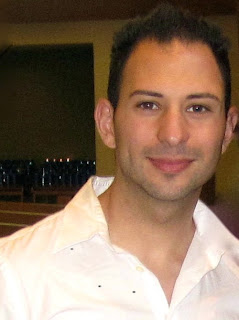 Nabih Haddad, Research Associate, The National Forum on Higher Education for the Public Good The University of Michigan, Ann Arbor, Michigan, graduate student at the Penn State School of International Affairs (PSU MIA expected 2013), and my research assistant and has taken this as a point of departure for some very creative and thoughtful.  On March 27, 2013 Mr. Haddad presented an excellent lecture entitled, "Extraterritoriality and the Construction of International Governance Frameworks for Business and Human Rights." as part of the Penn State Center for Global Studies Lecture Series.


Here is the abstract of his talkExtraterritoriality and the Construction of International Governance Frameworks for Business and Human Rights:


Over the last decade, two international institutions—the United Nations Human Rights Council and the Organization for Economic Co-operation and Development (OECD) — have crafted various Frameworks for the governance of the human rights impacts of international business activities. In both cases, the focus has been on creating international standards above national law. Yet, both systems also provide a space for the assertion of national law beyond the territorial limits of states, at least under certain circumstances. But the assertion of extraterritorial power has been controversial for a century or more. It has been tied to colonialism before 1945 and to economic domination within globalization since the 1980s. This talk considers the role of extraterritorial assertions of national law within these two international governance instruments.