Sub-Saharan Africa remains a flashpoint. The political challenges facing the region includes issues of political stability, inter-ethnic strife, corruption, the development of multi-lateral organizations, the challenges of globalization, and environmental and human rights issues tied to the contest for control of Africa's natural resources by competing groups of powerful developed states in Europe, the Western Hemisphere and Asia. 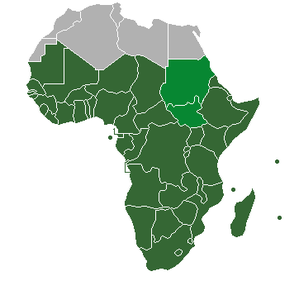 Mr. David Bennett recently traveled to Penn State to deliver a fascinating lecture about current political and policy challenges in Sub-Saharan Africa. Mr. Bennett serves as Professor of African Studies and Public Speaking for Strategic Leaders, United States Army War College, Carlisle Pennsylvania.   For this presentation, He spoke on his own behalf, and his views are not necessarily those of the U.S. Army War College or the U.S: government.


Prior to this assignment Mr. Bennett was Senior Program Manager at the Africa Center for Strategic Studies in Washington, D.C. after retiring from more than 28 years with the U.S. Department of State where he rose into the Senior Foreign Service. His last assignment as a Senior Foreign Service Officer was Director of the International Fellows Program at the War College after serving five years there as Professor of International Relations.

Bennett was a pilot in the U.S. Marine Corps (1962-1973) and is a Vietnam Veteran (67-70). He earned his Master’s Degree in Public Administration from Shippensburg University, completed Graduate coursework in African Studies at San Diego State University (California) and earned his B.A. with Honors in European Studies at San Diego State University. Mr. Bennett has received six Department of State Meritorious Honor Awards, two U.S. Army Outstanding Civilian Service Awards, and the Secretary of State’s Career Achievement Award. He has fluent command of French.