Paper Delivered at Berks County PA Bench-Bar Conference: Using the Sandusky Scandal as a Case Study--Due Diligence Requirements of Board Members in Profit and Non-Profit Organizations

On April 17, 2013, I delivered a presentation at the Berks County, Pennsylvania Bench-Bar meeting, held in Reading Pennsylvania.  There is a strong connection to Berks County for me.  My title honors W. Richard Eshelman and his spouse. 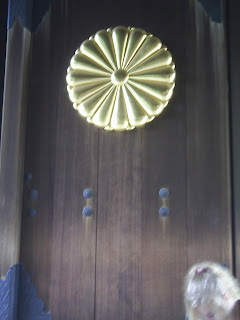 Judge Eshelman served for a time as President Judge in Berks County and before then had a distinguished career as lawyer and prosecutor who Judge Jeffrey K. Sprecher described, shortly after Judge Eshelman's death, as having "a very open mind and was willing to implement change as needed. . . . that were the first step  or even the conclusion of the many improvements that exist today."  (Hon. Jeffrey K. Sprecher, "In Remembrance of the Lives of Two Great Men," The Berks Barrister, (Summer 2008).


Using the Sandusky Scandal as a Case Study: Due Diligence Requirements of Corporate Board Members in Profit and Non-Profit Organizations.


I. Introduction and Context:

Penn State has been subject to a series of governance shocks over the last years. It is now an excellent laboratory for the ways in which large and complex institutions respond to stress. The effects of these stresses on university faculty, as an autonomous unit of governance, are among the most interesting. The role of the faculty at a university suggests the ways in which changes in the cultures of governance and in the forms of administration in collaborative governance structures, that is changes in the internal governance culture of an institution, can put substantial stress on the viability of formal systems. In the university, in particular, the reluctance to change formal structures even as the realities of governance culture changes preserves the appearance of a governance role even as it is effectively reduced.[2]

On November 5, 2011 Jerry Sandusky retired Penn State football defensive coordinator and at one time briefly heir to Joe Paterno was charged with assaulting eight boys over a 15 year period.[3] The base of his operations was a charity he had helped found—the Second Mile, established to help at risk children. Sandusky was subsequently tried and convicted. He is currently appealing. In what would later prove to be a disastrous decision, then Presdient Graham Spanier issued an initial response to the arrests: “Spanier calling the allegations against Sandusky "troubling" and adding Curley and Schultz had his unconditional support. He predicted they will be exonerated. "I have known and worked daily with Tim and Gary for more than 16 years," Spanier said. "I have complete confidence in how they handled the allegations about a former university employee."”[4] The parties continue to dispute the President’s authority to have made that statement and the extent to which the board was consulted beforehand.

Initially swept up in the scandal were Tim Curley, then Athletic Director at Penn State, and Gary Schultz, Penn State’s Vice President for Finance and Business. Both were arrested for perjury. But they were not the only officials to be caught up in the scandal. Four days after the Sandusky, Curly and Schultz arrest, the board of Trustees summarily terminated Penn State’s long time President Graham Spanier and even longer time coach Joe Paterno. “"The university is much larger than its athletic teams," board vice chair John Surma said during a news conference. "The Penn State board of trustees tonight decided it is in the best interest of the university to have a change in leadership to deal with the difficult issues that we are facing."”[5] The students rioted that night.[6] And the board announced that it would launch an investigation of everyone involved.[7] and opinions about the way the board handled the affair split sharply, something that ha snot been resolved to this date.

With the terminations of Messrs. Spanier and Paterno, the university became embroiled in a number of legal and administrative investigations and actions from which it has yet to extricate itself and incurred well over $100 million in costs, expenses, fees and the like, with the likelihood of additional substantial payments in the near future. It gave free hand to its investigative agent, Louis Freeh, whose report was exceptionally damning and remains highly controversial,[8] producing a counter report commissioned by the Paterno family.[9] It has been subject to extraordinary sanctions from the NCAA, review of its academic accreditation by Middle States and investigations by state and federal governments. Its board has been the subject of substantial criticism and it has undertaken a review of its organization and operation, which is likely to produce some changes.

The scandal continues to raise of number of questions about the extent of the responsibilities of boards of trustees and about conduct expectations especially in an era where it has been customary to be substantially deferential to university presidents and their administrative apparatus.[10] What I would like to focus on today is the role of the University board of trustees—especially the legal framework within which conduct standards are elaborated—in the context of scandals like the Sandusky scandal and its aftermath. In particular I will focus on the obligations of the board of trustees of a university with respect to its diligence and monitoring obligations. After this introduction Part II provides an overview of fiduciary duty applicable to enterprises and focus on non-profit enterprises. The legal framework is based in part on the excellent work of Judith Areen, "Governing Board Accountability: Competition, Regulation, and Accreditation".[11] Part III then considers the university, focusing on the distinct models that have arisen for university governance. Part IV focuses on the diligence obligations of university trustees and considers recent cases, the legal framework and core issues. The presentation ends with a brief consideration of this framework in the context of the Sandusky scandal and the responses of the Penn State Board of Trustees from a legal perspective.

[7] “After meeting Tuesday, Penn State's board of trustees said it would appoint a committee to investigate the "circumstances" that resulted in the indictment of Sandusky, and of athletic director Tim Curley and school vice president Gary Schultz, who are accused in an alleged cover-up.” Id.