Ruminations 48: Preserving Governance in the Passive Age of Mass Democracy--On the Obligations of Citizenship in the "Republic" of the University

In this increasingly democratic age, the specter of hierarchy, conformity and obedience to higher authority is corroding the inner workings of democratic institutions even as its outer manifestations ever more gloriously declare that this is truly the age of the democratically engaged individual. 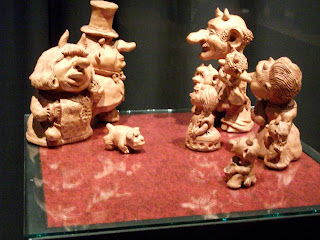 The university is an exemplar of this outward strengthening and inward corroding of the structures of meaningfully engaged governance in an age of democracy.  I have written about this in other contexts: Larry Catá Backer, Between Faculty, Administration, Board, State, and Students: On the Relevance of a Faculty Senate in the Modern U.S. University (February 10, 2013).

Now come the thoughtful leadership of the Faculty Governance organization of the University of Minnesota that, through its Faculty Consultative Committee has produced a quite thoughtful and valuable reflection on the need for the abandonment of passivity among the citizens of an institution if they mean to preserve their rights to share in the governance of the institution.  This reflection is as important for political theory writ large as it is for the faculty of a university.  It speaks volumes to the cultural movement in democratic states in which the forms of democratic participation are becoming more important as their effective content is being systematically erased. See Democracy Part XXVII--The Utility of Voting in the Shadow of the Administrative State, Law at the End of the Day, July 27, 2012. To avoid form over empty function, action is necessary--as necessary in the university as in the public square.