Announcing "Democracy, Development and Institutions" A Blog Sponsored by the Development Research Center 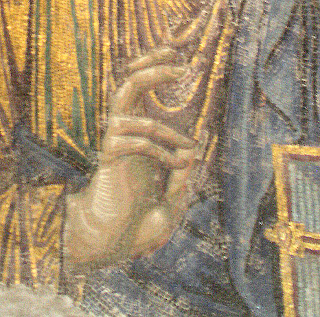 Please, click on any of the links below for more information.


Welcome DEMOCRACY, DEVELOPMENT AND INSTITUTIONS, a blog sponsored by The Development Research Center. We invite you to visit the blog and read our latest posts.

This blog is a vehicle to exchange ideas and experiences about the nature and character of democracy and institutions as they relate to the development of societies, in their economic, social and political dimensions. The exchanges will be based on rigorous scientific discussions, including those that can be based on facts or serious conjectures.
Our goal is to increase the understanding of the inter-relationships between democracy, institutions and the development of societies among experts, especially policy and opinion makers, as well as among the general public.

What is the US Cuban Embargo? by Roger R. Betancourt

What are the Main Determinants of the Current Form of the US Cuban Embargo? by Roger R. Betancourt

Two events standout as formally determining the main current features of the US Cuban Embargo: one is normally associated with the embargo and one is not.  The first event is the Helms- Burton Act of 1996.  It represents a tightening of the embargo in almost all aspects: with respect to the number and type of transactions involved; with respect to its purpose, through a more aggressive advocacy of regime change in the direction of democracy; and perhaps most importantly with respect to a substantial extension of the economic agents subject to the restrictions, potentially and unilaterally including all countries.
(more…)

Should the US Lift the ‘Embargo’? by Roger R. Betancourt

Since the embargo has three different economic aspects in terms of the restrictions involved, one can partition the answer in terms of which set of restrictions are lifted: the ones on transactions of goods and services; the ones on labor flows and the ones on capital flows.  With respect to restrictions on transactions of goods and services, the changes would matter little economically to both sides.  After so many years Cuba has adjusted to the additional costs of the ‘embargo’ by switching to next best available alternatives.  (more…)

Who benefits and loses if the US-Cuba embargo is lifted? by Jorge A. Sanguinetty

The answer depends on the conditions under which the embargo is lifted. I focus on the expected distribution of benefits (and costs) between the government and the Cuban population. A unilateral move by the US Government, without any quid pro quo by the Cuban government can be expected to yield significant benefits to the official establishment with benefits of an unknown magnitude to the population at large.  (more…)

What I Saw at the American Economic Association (AEA) meeting. by James W. Fox

Organized in 1885, the American Economic Association (AEA) holds a three-day meeting each January to present papers on general economic subjects. The meeting is held in conjunction with approximately 55 associations in related disciplines. Over 520 scholarly sessions are held. The latest meeting was held in San Diego, California, and the next one will be in Philadelphia, Pennsylvania. Our contributor James W. Fox writes a review of what he saw at the meeting.
(more…)