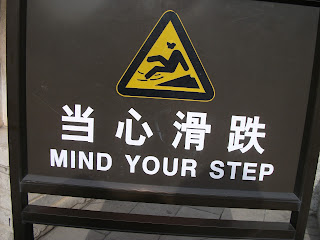 This post suggests why this retrenchment makes sense and how it better conforms legal education to the framework of Chinese constitutional organization. Put differently, to appropriately reform legal education in China to conform it to the logic of the system in which it operates, it may be necessary to professionalize legal education for lawyers through law schools and to institutionalize political education for cadres through Party Policy schools.

In the United State, lawyers exercise both administrative and political functions (through constitutional litigation for example. This reflects the close connection between political and legal cultures in the United States, one that has been formalized through the U.S. Constitution and its system. But China is different and a recognition of the foundational differences in Chinese constitutionalism suggests the very different effect of changes in legal education in China. In China there is a constitutional distinction between the administration of law through the state apparatus and politics and policy through the Party apparatus. Thus, the consequences of current move to professionalize and narrow the scope of legal education in China is distinct from similar moves in the United States--to professionalize legal education for lawyers work will narrow the role of lawyers to the administrative aspects of law; that narrowing will require institutionalizing political work for cadres through the Party:


1. Professionalization of  both legal and political education should make them more technocratic, that is more focused on the understanding and application of law. That professionalization harmonizes the training of lawyers to focus on law as an expression of the administrative power of the state exercised through its government under the Constitution, while opening the way for the institutionalization of training in political guidance, that is on the political considerations (constitutional policy and premises), to the CCP as contemplated under the Chinese constitution.


2. Political work falls outside the legal work of lawyers; just as law falls beyond political work in China. Organize legal profession as “administrative”, and trained to serve to ensure the appropriate application of law as administrative regulations developed through the state apparatus. Political work, however, falls to the jurisdiction of the Party. Structural policies within which the state apparatus may make and apply law is not legal but political work. That is work that falls to the Party apparatus as their fundamental duty to the nation. Institutionalization of that role is as necessary for the Party is as important as the professionalization of legal education for lawyers.


3. Organize law schools as institutions that train lawyers as professional administrators of law (similar to the training of doctors in Medical school), and leave to the Party the development of institutionalized educational programs for politics and policy, mentoring and training cadres for their responsibilities. Currently Party Schools are beginning to function in this way. Just as law schools are being reformed to focus more narrowly on law (within its limits), Party schools should be reformed to better to serve as as institutions for professional political training.


4. As a result--professionalization of legal education will serve to narrow the scope of training of lawyers to conform to the scope of law within the Chinese system and harmonized with the administrative character of law derived from a Constitution which frames the regulatory authority of the state. But political guidance, the framing of administrative authority falls to the Party, not lawyers. For both lawyer and Party cadre education is necessary and tailored to their function..for lawyers professionalize legal education, for Party members institutionalize political work.