On the Human Rights Responsibilities of Universities

In the usual course of discussion about the application of human rights principles to the operations of business enterprises, universities are usually excluded from the conversation.  yet, as employers and significant actors in the marketplace, universities ought not be excluded from consideration as an economic actor of some significance to global markets for knowledge production, invention, the exploitation of technology. . . and the exploitation of the productive capacity of its labor force--faculty, graduate students, research assistants, and staff. 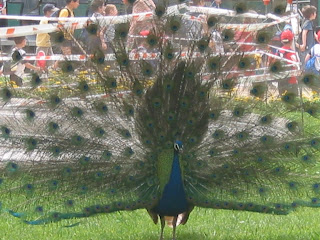 (Pix (c) Larry Catá Backer 2013)
The issue of the human rights responsibilities of universities has become acute recently at universities like the Pennsylvania State University, in the context of the conditions of employment related to its health and wellness programs.  These programs have spotlighted an emerging issue in private governance centering on the embrace by economic actors on eugenics programs applied to their labor forces meant to significantly affect the lifestyle and personal choices of their employees as a condition of continues employment.  (e.g., The New Eugenics--The Private Sector, the University, and Corporate Health and Wellness Initiatives).
This post suggests the international human rights dimensions of university eugenics programs used instrumentally to affect deeply personal life style choices of employees for the benefit of the employer and with the objective of increasing the operating margins of the university.  It suggests that though legally permissible within the domestic legal orders of most states, these programs may tend to violate the social license of these institutions and may adversely impact the human rights of its employees under emerging principles of corporate social and human rights responsibilities.

I have been reporting on the coverage of Penn State's newly announced wellness program in the news, and to capture all sides of the debate, one that regrettably did not occur within Penn Staten before the imposition of the program, about the value of eugenics based programs like this in terms of cost savings, the quantification of health benefits and the risks to employees that the university will permit on their behalf. (Penn State's New "Wellness Program" in the News (UPDATED Through 8 August 2013).

Since this last post Penn State University continues to be very much in the news about its wellness program. This post provides an update not just about recent coverage but also to provide links to experts whose views about the soundness of aspects of the program may broaden the scope of discussion. It is provided in the interest of analysis and debate, including on the general issues raised by programs of this kind of benefits offered by enterprises in the U.S. It also suggests some of the complications of emerging issues of consultation in shared governance contexts in the face of increasingly large informational asymmetries between administration and faculty.

As a matter of core principle, and consistent with emerging principles of international human rights norms, I continue to emphasize that, like any other institutional organ, an enterprise (like a university) must exercise substantial restraint and sensitivity when it seeks to manage or to appropriate to itself a power to manage or control the personal choices of individuals in ways that touch on the human dignity and personal autonomy of the individual. In many highly developed Western states, the protection of human dignity and personal autonomy is a matter of constitutional commitment. At its limit, of course, that protection serves as a rationale for the suppression of slavery and the incidents of slavery as a matter of law. But between slavery and complete personal freedom there is a large space within which the state, and the enterprises it permits to operate within its borders, permit some control of autonomy. That space, of course, is essential for the operation of a free society, and is usually grounded, in the area of human economic activity, on the boundaries within which enterprises may hire labor to meet its specific objectives.
However, the existence of this discretionary space is not meant to produce a place where autonomy and human dignity may be completely disregarded in the drive toward enterprise welfare maximization. To permit that freedom would be to allow slavery by other means--and the state of peonage, the closest model for that sort of society, has also been suppressed in most civilized states. As a consequence, enterprises ought to be sensitive to the detrimental effects of the instrumental use of their authority over their employees when they seek to that power to manage and control the human beings they employee. This responsibility to be sensitive to the detrimental effects of employer self interested actions ought to be especially strong where the mechanisms of control and management touch deeply on matters of human dignity and autonomy. That responsibility to respect the human rights of their employees may not be strictly required by law but is central to the social license of enterprises to claim a right to legitimate operation within the societies in which they operate. This notion reflects emerging consensus at the international level around the responsibilities of enterprises for the human rights effects of their activities. (e.g., United Nations Guiding Principles on Business and Human Rights) These are no less binding on universities where they act as economic actors.
Where enterprises rely principally on their raw power and expand their control of elements of production, especially human beings, for reasons other than to respect their human dignity and autonomy (for example for reasons of cost reduction or productivity gains, both quite respectable in their own right of course), the enterprise ought to bear a special duty to be sensitive to human dignity concerns in fashioning such programs. That duty increases as the human dignity and autonomy effects of these actions increase, including potential violations of privacy interests and the effects of the appropriate of the right to exploit employee information by employers. When the enterprise fails to exercise this sensitivity in its imposition of dignity and autonomy affecting projects, it may rely on its coercive power, supported perhaps the discretionary space permitted by law, to impose its will. But it will also act in ways inconsistent with the sort of respect for human dignity and autonomy at the core of our values. Individuals may conform because they must, but trust is lost and the willingness of individuals to cooperate may decrease.
Corporate eugenics programs sit at the very core of human dignity and personal autonomy, and absent substantial and comprehensively explained reasons, these merit substantial sensitivity and engagement before they are either formed or imposed. That an enterprise may impose its will in these matters in this country as a matter of law does not necessarily mean that it is the right thing to do.
Posted by Larry Catá Backer at 8/14/2013 10:09:00 AM