Just Pre-Published On Line--"The Basis for the Legitimacy 正当性 of the Chinese Political System: Whence and Whither? Dialogues among Western and Chinese Scholars"

Philip C. C. Huang, Professor Emeritus (History) and the founding director of the Center for Chinese Studies at the University of California, Los Angeles from 1986 to 1996 has produced a constitutionalism symposium that focuses on emerging frameworks for understanding the Chinese constitutional state both within and outside China. In addition to Professor Huang's masterful Introduction, the symposium includes contributions of  Jiang Shigong (Peking University), Wang Hui (Tsinghua University), and me (Penn State University). 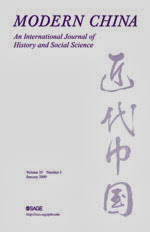 ("Modern China (MCX), peer-reviewed and published bi-monthly, is an indispensable source of scholarship in history and the social sciences on late-imperial, twentieth-century, and present-day China. For more than 30 years MC has presented scholarship spanning the full sweep of Chinese studies and based on new research or research that is devoted to new interpretations, new questions, and new answers to old questions.")

As Professor Huang notes in his Introduction, "The issue under discussion in this symposium volume is the basis for the “legitimacy”正当性 of the contemporary Chinese political system, from whence it came and whither it might go [for which] we must seek to understand Chinese constitutionalism on its own terms, by its own logic."

The symposium has now been “pre-published online” in Modern China Online First, by which forthcoming articles are published online before they are scheduled to appear in print. The formal paper version in Modern China will be out early March 2014. This post includes links to all of the symposium papers (available now to those with access to Sage publications) and abstracts of the contributions. 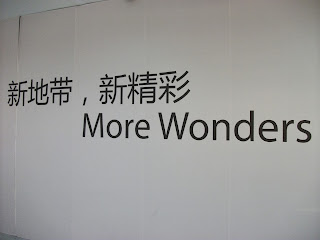