This from the California Corporations Section e-Bulletin (Dec. 19, 2013): 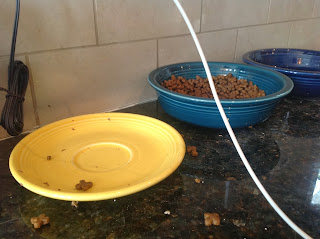 Companies who elect to proceed under either Tier 1 or Tier 2 would be subject to basic eligibility and disclosure requirements similar to the existing provisions of Regulation A. Additionally, the proposed rules would implement certain other recent securities laws updates, including permitting companies to submit draft offering statements for nonpublic SEC review prior to filing, permitting companies to use “testing the waters” solicitation materials and requiring electronic filing of offering materials.


The SEC’s press release and fact sheet on the proposal can be found here and below.  The proposed rule can be found here. A 60-day comment period will commence upon publication in the Federal Register.  While the sentiment is certainly worthy, it may appear to those with more than a passing interest that this opening up  may be, in functional terms, less than it appears.  The problem remains--how does one bend the now complex architecture of disclosure for the protection of securities markets to the public policy of reducing the resulting costs of capital to enterprises that might have little access to it.  The more difficult question, and one that continues to evade exposure, is whether that architecture itself might benefit from rethinking.

The Securities and Exchange Commission today voted to propose rules intended to increase access to capital for smaller companies.

The rules are mandated by Title IV of the Jumpstart Our Business Startup (JOBS) Act.

“This proposal is intended to help increase access of smaller companies to capital,” said SEC Chair Mary Jo White. “In shaping this proposal, we sought to develop an effective, workable path to raising capital that, very importantly, also builds in necessary investor protections.”

The SEC’s proposal will undergo a 60-day public comment period after it is published in the Federal Register.

When a company offers or sells securities to potential investors in order to raise capital, the company is required under the Securities Act of 1933 to register the offer and sale – unless it can rely on an exemption.

In recent years, Regulation A has been used very rarely, and issues have been raised that the cost and complexity of federal and state law compliance make it less practical than other Securities Act exemptions. A GAO Report last year identified this factor and others that may explain why few companies rely on Regulation A.

When Congress passed the JOBS Act, it included a requirement to update and expand the Regulation A exemption to make it more useful for small companies seeking to raise capital. In particular, the JOBS Act directs the Commission to:

--Adopt rules that would allow offerings of up to $50 million of securities within a 12-month period.
--Require companies to file annual audited financial statements with the SEC.
--Adopt additional requirements and conditions that the Commission determines necessary.

The SEC’s proposed rules would update and expand the Regulation A exemption by creating the following two tiers of Regulation A offerings:


For offerings up to $5 million, the company could elect whether to proceed under Tier 1 or 2.

Under Tier 1 and Tier 2, companies would be subject to basic requirements, including ones addressing issuer eligibility and disclosure that are drawn from the existing provisions of Regulation A. The proposed rules also would update Regulation A to among other things:

--Permit companies to submit draft offering statements for nonpublic SEC review prior to filing.
--Permit the use of “testing the waters” solicitation materials both before and after filing of the offering statement.
--Modernize the qualification, communications, and offering process in Regulation A to reflect analogous provisions of the Securities Act registration process, including requiring electronic filing of offering materials.

In addition to these basic requirements, companies conducting Tier 2 offerings would be subject to the following requirements:

--Investors would be limited to purchasing no more than 10 percent of the greater of the investor’s annual income or net worth.
--The financial statements included in the offering circular would be required to be audited.
--The company would be required to file annual and semiannual ongoing reports and current event updates that are similar to the requirements for public company reporting.

Regulation A would be available to companies organized in and with their principal place of business in the United States or Canada, as is currently the case under Regulation A.

The exemption would not be available to companies that:

--Are already SEC reporting companies and certain investment companies.
--Have no specific business plan or purpose or have indicated their business plan is to engage in a merger or acquisition with an unidentified company.
--Are seeking to offer and sell asset-backed securities or fractional undivided interests in oil, gas, or other mineral rights.
--Have not filed the ongoing reports required by the proposed rules during the preceding two years.
--Are or have been subject to a Commission order revoking the company’s registration under the Exchange Act during the preceding five years.
--Are disqualified under the proposed “bad actor” disqualification rules.

Under current Regulation A, offerings are subject to registration and qualification requirements in the states where the offering is conducted unless a state-level exemption is available. This has been identified by the GAO and market participants as a central factor for the limited use of current Regulation A.

In view of the range of investor protections provided under the proposal, state securities law requirements would be preempted for Tier 2 offerings. The proposal also explores alternative approaches to addressing this matter, including the coordinated review program proposed by the North American Securities Administrators Association.