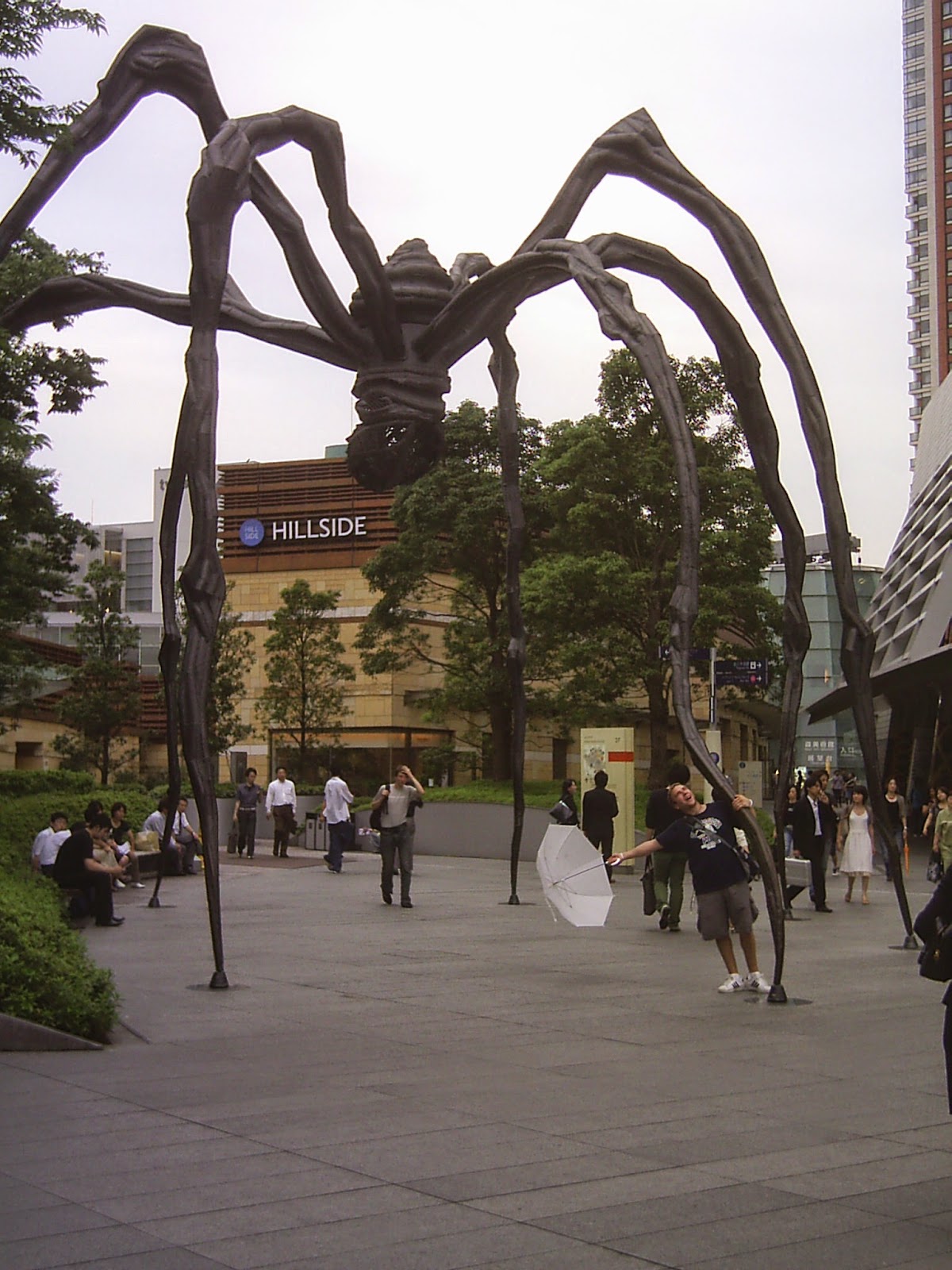 I have been considering whistle blower statutes and the cultures they give rise to within structures of economic regulation in the United States. Several years ago I noted that "the most profound movement, at least in terms of the management of the culturally encouraged behavior norms among the "masses" within economic society, has been the move toward an informant culture. In terms of behavior expectations, governments have for some time been first been making a space for and now are encouraging employees to observe their colleagues and report bad behavior to superiors. Whistle blowing, at least in the economic sphere is viewed as relevant to the preservation and maintenance of the culture of the market. However, the approach to whistle blowing at the federal level has been somewhat tentative." (Are We Now a Nation of Informants? Deepening the Culture of Whistle-Blowing Through the Federal Securities Laws).

And not just at the federal level. For example, the Pennsylvania Whistleblower Law (43 P.S. Sec. 1421 to 28) protects employees against retaliation for good faith (understood as reasonable cause) reporting of waste or wrongdoing, but defines wrongdoing narrowly to include only violation of law designed to protect the public interest and not merely technical or minimal in nature. They offer less than perfect protection. See, Scott James Preston, Whistleblowing in Intercollegate Athletics, University Business, March 28, 2012, (discussing Glenn Hedden v. Kean University, Case No. L 002278-11 (N.J. Super. Ct., complaint filed June 13, 2011). Indeed, the tentativeness produces a regime in which whistle blower provisions assume the character of gesture more than of substantive protection. Thus, in the case of the transposition of federal whistle blower models to universities, the scope of such protection is deceptive for employees of universities who work on a federal grant, subgrant or subcontract, building traps for people who mistakenly believe they "whistleblow" under its protection. This suggests that while this provision serves as a lovely gesture, it provides substantially less robust protection for employees seeking to use its provisions. (On the Limited Promise of Whistle Blower Protection Statutes for University Employees--Narrow Scope and Traps for the Unwary).

The federal government has in place a host of whistle blowing provisions more of less drawn along similar lines. The whistle blowing provisions of federal securities laws, augmented with the passage of the Sabanes Oxly Act, provides a model of both its benefits and its substantial weaknesses and traps for the unwary. (Backer, Larry Catá, "The Sarbanes-Oxley Act: Federalizing Norms for Officer, Lawyer and Accountant Behavior." St. Johns Law Review 76:897-952 (2002) at 936, 939-40). But those provisions have proven to be as tricky as those developed for states and universities. (See here, here here and here). One of the most interesting set of traps of those that exist at the margins of the legal requirements and constraints written into the Whistle Blower provisions.

The SEC has begun to tackle some of the more obvious issues recently, the use of employee confidentiality agreements to chill the ability of employees to exercise whistle blowing powers. This post considers recent action by the SEC.
In August 2011 the SEC adopted rules and forms to implement Section 21F of the Securities Exchange Act of 1934 (“Exchange Act”) entitled “Securities Whistleblower Incentives and Protection.” The Dodd-Frank Wall Street Reform and Consumer Protection Act, enacted on July 21, 2010 (“Dodd-Frank”), established a whistleblower program that requires the Commission to pay an award, under regulations prescribed by the Commission and subject to certain limitations, to eligible whistleblowers who voluntarily provide the Commission with original information about a violation of the federal securities laws that leads to the successful enforcement of a covered judicial or administrative action, or a related action. (Implementation of the Whistleblower Provisions of Section 21F of the Securities Exchange Act of 1934, 17 CFR Parts 240 and 249 [Release No. 34-64545; File No. S7-33-10] ).

“(a) No person may take any action to impede an individual from communicating directly with the Commission staff about a possible securities law violation, including enforcing, or threatening to enforce, a confidentiality agreement…with respect to such communications.”

The SEC recently applied the rule to constrain the use by employers of certain provisions in employee confidentiality agreements.  These are described in the SEC's Press release of April 1, 2015.

The Securities and Exchange Commission today announced its first enforcement action against a company for using improperly restrictive language in confidentiality agreements with the potential to stifle the whistleblowing process.

The SEC charged Houston-based global technology and engineering firm KBR Inc. with violating whistleblower protection Rule 21F-17 enacted under the Dodd-Frank Act. KBR required witnesses in certain internal investigations interviews to sign confidentiality statements with language warning that they could face discipline and even be fired if they discussed the matters with outside parties without the prior approval of KBR’s legal department. Since these investigations included allegations of possible securities law violations, the SEC found that these terms violated Rule 21F-17, which prohibits companies from taking any action to impede whistleblowers from reporting possible securities violations to the SEC.

KBR agreed to pay a $130,000 penalty to settle the SEC’s charges and the company voluntarily amended its confidentiality statement by adding language making clear that employees are free to report possible violations to the SEC and other federal agencies without KBR approval or fear of retaliation.

“By requiring its employees and former employees to sign confidentiality agreements imposing pre-notification requirements before contacting the SEC, KBR potentially discouraged employees from reporting securities violations to us,” said Andrew J. Ceresney, Director of the SEC’s Division of Enforcement. “SEC rules prohibit employers from taking measures through confidentiality, employment, severance, or other type of agreements that may silence potential whistleblowers before they can reach out to the SEC. We will vigorously enforce this provision.”

According to the SEC’s order instituting a settled administrative proceeding, there are no apparent instances in which KBR specifically prevented employees from communicating with the SEC about specific securities law violations. However, any company’s blanket prohibition against witnesses discussing the substance of the interview has a potential chilling effect on whistleblowers’ willingness to report illegal conduct to the SEC.

“KBR changed its agreements to make clear that its current and former employees will not have to fear termination or retribution or seek approval from company lawyers before contacting us.” said Sean McKessy, Chief of the SEC’s Office of the Whistleblower. “Other employers should similarly review and amend existing and historical agreements that in word or effect stop their employees from reporting potential violations to the SEC.”

Without admitting or denying the charges, KBR agreed to cease and desist from committing or causing any future violations of Rule 21F-17.

The SEC’s investigation was conducted by Jim Etri and Rebecca Fike and supervised by David L. Peavler of the Fort Worth Regional Office.


The settlement marks some positive movement for the government to avoid the chilling effect of confidentiality agreements on its its ability to compel (or invite) employees to communicate with it.  And that is indeed welcome news.   But what it also does is to strengthen the re conceptualization of employees as servants not merely of the employer (their private law masters) but also strengthen the notion that employees may also be servants of the state (their public law masters). In both cases, the employee is useful solely for their character as source of information to be controlled by private law masters and to be used to manage employers by public law masters.  Beyond increasing the authority of the state against the employer, it does little to protect the employee against either employee or state for statements made or information conveyed that does not fall within the quite narrow and specific parameters represented by whistle blowing statutes (and the regulations thereunder. The employee retains her place within these constructs--sources of data of use by governments in their efforts to manage enterprises operating within their control.