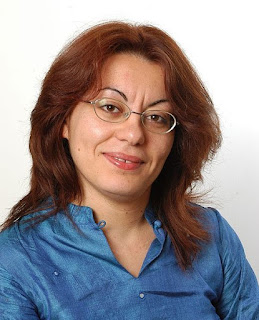 I have been writing about the proposed Chinese Foreign NGO Management Law, the the Chinese state authorities recently distributed for global commentary. Here for my Commentary and Here for Background Briefs.


Flora Sapio, one of the finest scholars of China in the West, and whose book, Sovereign Power and the Law in China is a must read, has produced a commentary on the Draft Foreign NGO Management Law as well, which follows.  It is highly recommended for anyone interested both in the substance of the issues raised by this Draft Law and more broadly in engagement with China.


To all those who have been observing the activities of domestic and foreign funded NGOs, the substantive content of the Draft Law is unsurprising. Each one of the trends that have coalesced in the Draft NGO law has been in the air at least since 2012 (if not since 2003), and the very few who noticed them knew that the PRC would soon regulate (read: crack down on) foreign funded NGOs. But, the majority of foreign funded NGOs and their personnel, funding agencies, Western embassies, and Western universities did not pay attention to 'social management innovation' and to 'social stability maintenance', or misread each and every one of their formulas. Thus they predicted newer and ampler opportunities for the development of foreign funded NGOs and their activities, opportunities that never materialized.

Yet the Draft NGO Law DOES provide valuable opportunities not only to the CCP, but to foreign funded NGOs as well. No, I am not being ironic.

I am sure visitors to the blog cringed when they read words lifted from the CCP Statute, and I suspect some of them may even have stopped reading the post, perhaps out of fear “Communist ideology” would infect them. This and similar behaviors prove an unwillingness, despite cosmetic pronouncements to the contrary, to take ideology and ideological formulas seriously, and try to understand the ways in which ideology impacts the law. If we ever needed a cogent reminder of ideology's importance, we got it in the arrests and harassment of NGO activists.

Foreign funded NGOs are talking to the Party-state, and the Party-state is listening and responding to them. The message that comes to the Party-state – rather than the whims of individual Party secretaries – is what determines its response. If the message is seen as threatening, the Party-state's response will be defensive, and we know how states defend themselves by arresting or expelling those who are seen as posing a threat to them, even though the threat may often be more imagined than real. Voicing a trivial demand to install more public toilets by referring to the political system of the US or the EU will likely result in an angered response by the state, because the choice of such demands and language carries definite implications...

The NGO law is an opportunity for funding agencies and NGOs to pause and ask themselves whether, in trying to deliver a message that is highly compatible with the needs expressed by the Party-state and by Chinese society, they are really speaking the language that best highlights the similarity and compatibility of their respective goals.