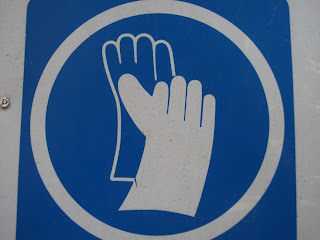 The corruption scandal against high officials of FIFA continues to build (see e.g., here).  It involves not only official corruption, but the apparently eager copmplicity of states and others in fostering cultures of corruption and impunity (e.g., Fifa corruption scandal: 'Germany sent Saudi Arabia weapons' in exchange for support of their bid to host the 2006 World Cup, The Independent, June 8, 2015).


The responses to the FIFA scandal continues to expand.  It has now acquired a transnational dimension, one that has produced a closer look at the relationship between FIFA and the states with which it cooperates, especially with respect to the labor policies FIFA appears to have been willing to tolerate in the construction of sites for FIFA events. Nearly a year ago, Roel Nieuwenkamp, Chair of the OECD Working Party on Responsible Business Conduct and a professor at the University of Amsterdam, argued that the soft law CSR frameworks of the OECD ought to apply to FIFA ("Qatar 2022: Three Rana Plazas in Slow Motion?," Institute for Human Rights and Business, July 14, 2014):

First of all, FIFA can be considered to be a multinational enterprise itself.Therefore, it should apply the OECD Guidelines and UNGPs and conduct due diligence on its operations in order to ensure that it is not contributing to adverse impacts. The same should apply for other commercial international sports organisations, such as Formula 1 and so on. FIFA has a Social Responsibility program that promotes community engagement, public health and education through their Football for Hope program. However, beyond such CSR programs, commitments to social responsibility need to be integrated through its core operations, products and services in order to have meaningful influence and to avoid the worst type of impacts. (Ibid).

And sure enough, on May 28, 2015, the Building and Wood Worker's International (BWI) brought a specific instance (complaint) against FIFA to the Swiss National Contact Point alleging that FIFA did not respect the OECD Guidelines' expectation that enterprises respect the internationally recognized human rights of those affected by their activities.

In Switzerland, the NCP is located at the State Secretariat of Economic Affairs (SECO) at the International Investment and Multinational Enterprises unit. Specific instances are handled by an internal working group composed of members of the Federal Administration responsible for the issues addressed in a specific instance. The organization and activity of the NCP is based on the Declaration of the OECD Ministerial Council on International Investment and Multinational Enterprises and on the Decree of May 1st 2013 on the Organization of the National Contact Point for the OECD Guidelines for Multinational Enterprises and its advisory board (Classified compilation 946.15). (See here)

The BWI press release is available here and below.

Today the BWI filed a complaint against FIFA under the OECD Guidelines for Multinational Enterprises for failing to engage in due diligence concerning human rights for migrant construction workers in Qatar. The submission asks the Swiss National Contact Point to use its good offices with FIFA to facilitate change and to facilitate productive discussions between FIFA and BWI.

Ever since the bidding process for the World Cup 2022 started, FIFA has failed to address the large scale human rights violations against migrant workers building World Cup facilities.

By awarding the FIFA 2022 World Cup to Qatar in 2010, FIFA did not respect Chapter II, Paragraph 2 of the OECD Guidelines, which calls for enterprises to “Respect the internationally-recognised human rights of those affected by their activities.”

The complaint states that FIFA has failed to identify and prevent its adverse human rights impacts related to its relationship with Qatar — including systematic confiscation of passports, widespread discrimination, non-payment of wages, lack of freedom of association and unsafe working conditions.

”FIFA already knew about all of this before the bidding process started but chose not to care. They have systematically refused to put any meaningful pressure on Qatar to change its labour policies. Together with the Qatari government, they are responsible for the thousands of migrant workers who die on their jobs or get caught in modern slavery”, says Ambet Yuson, General Secretary of BWI.

Under the OECD Guidelines, FIFA can be expected to intervene with the Qatari government and encourage them to initiate labour reforms when they were selected as host country and subsequently. It is not at all clear, however, that FIFA has made any serious efforts in this area.

”On behalf of the more than 12 million trade members that we represent, we demand that FIFA immediately take action to secure the abolition of the Kafala system in Qatar, a system of modern day slavery, introduce full freedom of association for all workers and ensure that they have immediate access to justice. Our goal is to ensure human rights and decent work for all workers in Qatar,” said Yuson.

He continued, “This complaint seeks to produce concrete and serious cooperation on Qatar. Responsibility and respect for international human rights principles can help build stable and constructive industrial relations in that country that will combine economic development with the possibility for migrant workers to live and work in dignity.”