Ruminations 68(4) (On the Election of Donald Trump): Looking Back on 2016 in Epigrams and Aphorisms 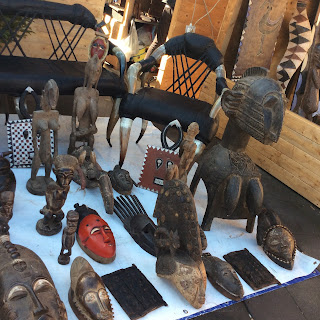 (Pix © Flora Sapio 2016)
In many ways, the year that is ending has proven to be quite significant. Mostly, it served as a hard reminder that the carefully crafted project of legalization and judicialization of the economic, religious and cultural spheres that were meant to serve as the foundations of a global order to make global war effectively impossible has begun to fray. And with the fraying of the legalization-judicialization project, politics and power have again emerged as significant factors in the organization of law and governance systems. It has seen the destabilization of the Middle East and its consequential destabilization of Europe. It has seen the retreat of a great power, a perpetually brooding political Colossus trapped in its own doubts and pretensions, and the flexing of muscles of rising powers through territorial expansionism and bullying of weaker partners. It has seen the exercise of mass power in the United States and other places that surprised elites that had long grown confident of their ability to manage their people, whether under Marxist Leninist or democratic principles. It has seen the unmasking of the militarization of the internal security and police structures of even the most stable and democratic states, the abandonment of law in battle against drugs and the emergence of law as a technique of managing corruption. It has seen the development of governance beyond the state and the determination of states seeking to substitute itself for the market. It has seen states us law, norms, markets and culture to drive efforts to perfect "model" workers, individuals and citizens, which can then serve the state's perfection of its markets, its centrally planned decision making structures, or its structures of divine command on earth. The Jewish people continued to provide fodder for all sorts of activity and were used by left, right and themselves to their quite distinct ends, as other religious institutions sought to maintain or expand their institutional jurisdiction within legal, cultural, economic and social structures in and beyond states. The rise of global communities has now been challenged by states seeking to avoid the implications of normative communities that cannot be confined to and managed by the state.

2016 is rich with these events that expose the complex connections between law, politics, economics, religion and culture. These events will set the course for 2017, even as new actors seek to take manage people, events, states, enterprises and other institutions with substantial consequential effects of the mass. But most of all 2016 evidence both the great power and the fragility of mass participation in institutions in which they find themselves in a continuous loop of mutually dependent overlordship.

With no objective in particular, this post provides my summary of the slice of 2016 in which I was embedded through epigrams and aphorisms.

This is Part 4 (On the election of Donald Trump). Share your own!

Links to Epigrams and Aphorisms: Ruminations 68. 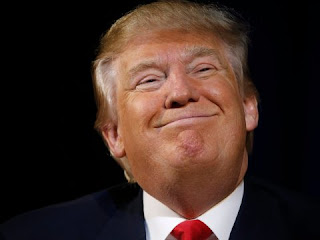 On the election of Donald Trump:

1. The Twitter Revolution has acquired an entirely new meaning; it has morphed from a means of revolution from below to a means of political governance from above.

2.  There is little more pathetic than pretension--the pretensions of intellectuals as administrators, of administrators as intellectuals, of politicians as strategists, of the political process as an entrance exam to an educational institution, of the reduction of politics to a parody of labor markets; the accumulation of pretension inevitably becomes an exercise in self pleasuring and the loss of all pretension to authority in the political sphere.

3.  Offense has been the greatest of political weapons--a sacred fetish with devastating effects when invoked; except that like all fetishes it becomes ineffective in the presence of the man who incarnates offense; and like all fetishes, when it fails in its intended effect it ceases to have effect at all.

4.  Elections are lost by those who corrupt the process; Richard Nixon had his thieves and Hillary Clinton had her Democratic Party leaders; in that they share a likeness of character and motive--disliked but respected, the abuse of the system they claimed to embody sealed their respective fates.

7.  Name calling and the ad hominen attack always works; but not all name calling works as well as others and some may have the opposite effect;  it pays to stay current.

8.  Both Party candidates have managed to destroy the parties whose banner they carried in the election; one by corrupting its processes to ensure nomination; the other by  showing the Party's leadership as incapable of Party loyalty.

9. The Hitlerization of politics appears to have run its course in the United States; it has been reduced to a rote curse directed against an opponent or a call to anti-democratic agitation; ironically its use as insult reduces its value as an invocation to accountability.

10.  The American republic appears uncomfortable with bourgeois accommodation; its politics seek to move toward polarizing extremes with some regularity, a move that also invites extreme consequences and peril to the Republic; a pattern that is only now moving toward an apogee.

11. The news media tends to be its own worst enemy; its authority is grounded in its mythology as a 4th Estate, yet puffed up with its own mythology, it cannot resist the move from reportage to participation; and in the process loses its authority.

12. There is nothing more pathetic than the former leader of a political party, a person who announced an intention to bolt his party for the opposing party, to crawl back to the successful candidate his despised in search of a job; there is no better evidence of the dissipation of political leadership.

13. The contradiction of American politics and its structural framework; the former tends toward the glorification of the individual and the constant search for the savior; the latter ensures that  Americans cannot turn the lust for personality cult politics into political system; if American political culture is a werewolf, then the structures of our government is the cage into which he is thrust for the duration of the full moon of political monstrosity.

14. If American elites must now live in a state of alienation, they will have deported themselves; and it is only a matter of time before a wall is built to make it harder for them to sneak back in.

15.  Mr. Trump is said to have released a malevolent spirit upon the land; Mr. Trump's supporters agree and name it the clique around Mrs. Clinton.

16.  To squander the opportunity for self criticism in the face of defeat is confirmation of decadence and eventual irrelevance; that is an insight that is lost on the leadership of both political parties and of the intellectual elites who have fueled them this past generation.

17. The President elect can do no right or he can do no wrong; that is as it should be; already he mimics the outgoing President in that respect.

18.  In this age of the therapeutic it is always a temptation to judge one's opponent psychotic; after all we have been teaching that all deviance is both criminal and medical in the way that the Soviets used to approach dissidence in their own time; and that should give pause to those eager to give in to the temptation to do the same.

19.  The difference between a monster and a saint, between the embodiment of our higher values and our most self destructive lusts in the body of an elected official becomes more important as the political will of the people to ensure the integrity of the Republic withers;  no individual can undo the Republic, that will take the collective will of the polity through action and inaction.