During a visit to Maastricht University faculty of Law this week I was invited to spend some time to speak about U.S. law, its peculiarities and operation in the United States.  The interview has conducted as part of the Maastricht LawTalk series.  Maastricht LawTalk is an independent student run enterprise that describes itself this way:

Legal topics are not always easy to understand, even though they should be. Yet everyone engages in legal activities, be it in a criminal sense, in contractual agreements, or performing a duty. Knowing how to behave and what to do is indeed very useful.

Maastricht Law Talk offers talks about comparative law in the context of the European Union since October 2016. What is law and why do we – as a State – harm others with sentencing? The title honours the importance of the Treaty of Maastricht for the European Union.

It was a rare privilege to speak to European students about the basic nature of U.S. law and its legal system.  It was refreshing to find interest in the fundamental ordering of our system of law and government, and then to speak to the way in which that core theory informs the day to day operation of a law system "on the ground." My thanks to Benedikt Schmitz for putting this together and for his excellent questions.

The podcast interview may be accessed here.

The narrative introduction follows.  Much of the discussion is drawn from ideas I have further elaborated in an forthcoming book,  More information about the topics discussed here may be accessed here. 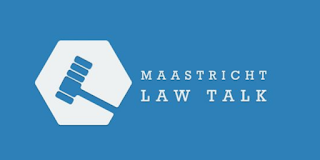 European lawyers tend to have a hard time with United States Law at first. Too different are “both” systems, it seems. But is the Anglo-American legal order really that different?

The fifth main episode of Maastricht Law Talk leaves the European continent for a while: It covers the United States legal system. From a federal judge being able to block the president’s executive orders to the harmonisation process of law.

Larry Catá Backer is Professor of Law and International Affairs at Penn State University. He is an expert on corporate, enterprise, and constitutional law and is currently working on his new book on an “Introduction to U.S. Law”. You can find his work and latest research on his website Backer in Law or on his blog Law at the End of the Day.

If you haven’t yet listened to our episode on constitutions, you might want to do that first. Click here to listen to the episode.

Larry and I talk about
--the federal structure,
--common law as a concept,
--“codification”,
--harmonisation of law,
--the appointment and election of judges,
--popular democracy and democratic deficits,
--the U.S. Supreme Court,
--federal and state powers,
--the presidential election,
--gerrymandering,
--executive orders,
--judicial review, and
--much more.

If you liked this episode, subscribe here to the podcast.