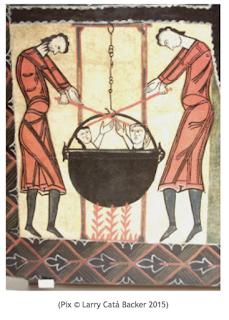 For the last several years, the American Law Institute has been embroiled in a quite lively controversy over the specific language of proposed structures of the criminal law of sex and sexual conduct.  This controversy reflects not merely the technical issues of drafting a fair set of statutory provisions that reflect a consensus of underlying principles of sexual conduct.  Rather, the controversy masks the real, and substantially unresolved societal framework for understanding what is sexual and what is not, and more importantly, for determining the extent of the legitimate authority of the state to extend its criminal law to conduct deemed both sexual and, by its nature, also criminal. What makes the conflict especially noteworthy is the way it marks a great shift of emphasis from the middle of the last century.,  In the 1950s, the ALI also faced great conflict in its approach to the Model Penal Code.  But the conflict revolved around decriminalization (e.g., here).  Today, the reverse appears to be true--conflicts revolve around two trends that are conflated in current discourse.  The first is the broadening of concepts of sexualization touching on the character of of conduct (see, e.g., here, here, here, and here).  The second is the criminalization of conduct now sexualized (e.g., here, here, and here).

I explained the context of the current controversy last year (here):


In 2012, the American Law Institute (in which I am a member), agreed to launch a revision of its famous and quite influential Model Penal Code to focus specifically on rising issues of "sexual assault and related offenses." The project It was acknowledged at the time that the issue of the decriminalization of certain conduct around sexual activity "deals with some of the most controversial matters on the current public agenda." (Richard L. Revesz, Director ALI in Forward ALI Model Penal Code: Sexual Assault and Related Offenses (Tent. Draft No. 2 (April 15, 20916). The project has been overseen by its reporter, Stephen J. Schulhofer and its associate reporter, Erin E. Murphy, both of NYU Law School. But it has been highly controversial as I reported in 2014 (see, Sexual Assualt at the American Law Institute--Controversy Over the Criminalization of Sexual Contact in the Proposed Revision of the Model Penal Code).

The controversy is well evidenced by the history of this project before the ALI. In 2013, a draft on procedural and evidentiary principles applicable to the sexual assault provisions (¶ 213 of the Model Penal Code) and on collateral consequences of conviction was presented to ALI for discussion but no vote. For the 2014 ALI meeting, a tentative draft containing substantive material for discussion and an evidentiary section (proposed revision ¶ 213.7) for approval was submitted but no vote was taken. Again, for the 2015 meeting a draft on substantive and evidentiary material was presented for discussion but no vote. For its 2016 meeting, the ALI is asked to consider for approval two key provisions: ¶ 213.0(3) (definition of consent) and ¶ 213.2 (sexual penetration without consent).

The issue produced substantial controversy and opposition at the ALI's 2016 meeting (here, and here). Now a revised version is back, and the controversy remains lively.  This post includes the text of the Memorandum circulated to ALI members in opposition to the revised  provisions introduced at the 2017 ALI Meeting. Additional background materials may be found here and here.