Understanding Social Credit as Structure and Method With Global Dimension: Comments on Flora Sapio ("The Many Facets of Social Credit)" and Mara Hvistendahl ("Inside China's Vast New Experiment in Social Ranking") 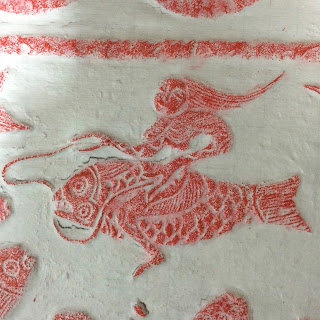 my focus is on the ideology of rights at the dawn of the age of data governance. My suggestion is that the reconstitution of the individual as the convergence point of data (in the private sector) has now given new form to the principles inherent in our Declaration of Independence, and in the process, appears (again) to open the door to the start of a radical transformation of the constitution of the state and the language of power. It is only a matter of time before the state—together with the non-state sectors through which state power will be privatized—will begin to move aggressively not merely to “see” individuals as collections of data, but to use that data to make judgements about those individuals and choices, and to seek to both discipline and control. (Ruminations 73: On American Independence Day 2017—Collective Rights Individually Performed at the Dawn of the Age of Data)

This post considers the ideological lenses through which the emerging regulatory structures known as "social credit" in China sometimes blinds analysts to the realities of the ubiquity of rankings-rewards based managerial systems all over the globe.  The fact that Chinese efforts to use data and algorithm to manage individual behavior  speaks to a locus of effort, rather than to the existence of a phenomenon that is strictly Chinese or an issue only if such actions are originated or controlled by pr through the public sector. But Americans and Europeans have developed a taste for social credit regulation as well. We just prefer ours privatized--and equally unexamined for its relation to our basic political values. In the West enterprises and markets--governmentalized and serving public interests (e.g., here) have also developed contextually relevant forms of social credit to manage the populations of democratic and developing states.  My brief observations are followed by two excellent essays: (1) Flora Sapio, "The Many Facets of Social Credit" and (2) Mara Hvistendahl, "Inside China's Vast New Experiment in Social Ranking."


The enhanced attention from the West is challenged through what might be seen as a curious approach embedded in the premises through which analysis is undertaken. The underlying (and usually unstated) premises of most analysis goes something like this: (1) the Chinese Party-State apparatus is authoritarian; (2) authoritarian regimes produce lots of new and clever ways to strip individuals of their privacy and dignity; (3) those methods produce new technologies of social control, (4) social control permits the sort of social engineering that is both abhorrent to Western social and political ideals (and at this point some aspect of international law/norms are put forward to underline the point); (5) such social engineering thus produces evidence of the illegitimacy both of the method and of the use of power by the state to those ends; and (6) as a consequence  neither state nor Party can be understood as legitimate in the absence of substantial structural changes to their political principles and operation (along Western lines).

As arguments in the service of big picture political objectives these premises--especially if deeply embedded in discourse--well serves its purpose and the objectives of those states and societies deeply committed to the protection and spread of the values on which the premises are based. Yet as a basis of dispassionate and rigorous analysis, in a global context, these premises provide a fragile foundation, and one that inevitably but consistently produced a specific politically vectored set of conclusions.  Yet to read Chinese asocial credit tends to exaggerate both its characteristics and "special" or "unique" character.

First, the move from law and regulation to social control through rankings and interactive reward-punish systems, grounded in algorithms designed to produce specific results is neither new nor unique to China (or for that matter to authoritarian regimes. Second, those with the authority (or power) to decide have long ago determined that this was both a preferred and attainable methods for controlling large populations of individuals even within existing matrices of sociopolitical principles) and that, indeed the structures developed form out of those sociopolitical principles might best serve as the delivery mechanism for this new managerial machinery. Third, the biggest difference between Chinese and Western efforts, and the difference worth substantial exploration within political philosophy, economics, sociology etc.,  is in the source  and connectivity of these efforts; Chinese efforts are tightly managed and controlled by a political authority and exercised through the state apparatus; western efforts are administered through fractured private enterprises, the state to some extent, and subject to the dynamics of the market (and its implications for bargains and free choice).

These notions run through two very interesting essay on Social Credit.  One is more structural and theoretical, Flora Sapio, "The Many Facets of Social Credit."  The other drives home some of these points through narrative of the lives people live interwoven in the life management fabric that is social credit, Mara Hvistendahl, "Inside China's Vast New Experiment in Social Ranking." Some of both of these follow: