Ruminations 77(1): Looking Back on 2017 in Epigrams and Aphorisms 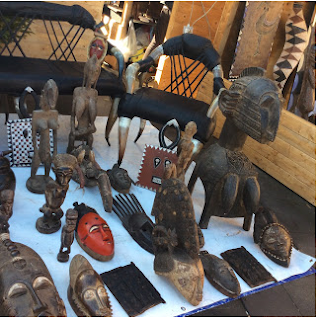 
The year 2017 is ending with as great a flourish as 2016, even in the absence of a U.S. Presidential election to make the world buzz.

2017 is rich with events that expose the complex connections between law, politics, economics, religion and culture. These events will set the course for 2018, even as new actors seek to take manage people, events, states, enterprises and other institutions with substantial consequential effects of the mass. But most of all 2017 was the year of big data, of social credit, and of the realization that the algorithmic institution (state or otherwise) might well replace the regulatory state as the driving force for the management of people, institutions and behaviors. Where once the regulatory state was said to express the will of the people refined through their representatives in government, currently the algorithmic enterprise can be said to build systems for managing people and institutions from the data it harvests from them applied to metrics that both reflect their desires and directs it toward certain ends. But this was also the year of statues, of mass violence and of surprising revelations that both marked and drove significant cultural change.

With no objective in particular, this post and a number that follow provides my summary of the slice of 2017 to which I paid attention through epigrams and aphorisms.  It follows an end of year  tradition I started in 2016 (for those see here).

1. It is not information that is power but rather the power to decide what is disclosed and to whom it is disclosed; this is old knowledge which technology and the state continue to make potent; what is revolutionary is the sentiment that such power either does not exist or should not be used. ["Under Virginia’s H.B. 1612, educators and other child welfare personnel would be compelled by law to tell parents that their child could be lesbian, gay, transgender, bisexual or questioning." Virginia GOPer proposes law that would force teachers to ‘out’ closeted students to their parents].

2. Values become stronger when viewed through the error of those values to which they are opposed, but such error becomes worthwhile only when that error also makes monsters of their holders; the most dangerous errors are those that are incarnated into the bodies of their adherents. ["They are part of a growing movement in rural America that immerses many young people in a culture. . . that emphasizes contemporary conservative values. It views liberals as loathsome, misinformed and weak, even dangerous. . . Political analysts have talked about how ignorance, racism, sexism, nationalism, Islamophobia, economic disenfranchisement and the decline of the middle class contributed to the popularity of Mr. Trump in rural America. " Opinion | Why Rural America Voted for Trump].

3. The question has never been whether barriers are built between communities; the issue has always been about the way that communities go about building those walls and the extent to which they may be made porous; it is when a community forgets this that their neighbors may be quick to take offense. [A short stop on what is likely to be a long term narrative around the building of a physical wall on the U.S.-Mexico border Sources: Trump will ask Congress, not Mexico, to pay for border wall].

4. Imposing on Congress a positive obligation to manage the regulatory state in real time is like getting rid of the gas pedal because one thinks that cars drive too fast and can get into accidents; recent efforts put forward in the name of accountability to impose on Congress a positive obligation to review and approve administrative actions with "costs" beyond a certain threshold are a nice way to effectively bring the administrative state to a stop.  [Federal REINS Act (H.R.26 - Regulations from the Executive in Need of Scrutiny Act of 2017115th Congress (2017-2018)) considered. In Wisconsin, the REINS Act, or Regulations from the Executive in Need of Scrutiny, was signed into law this year and requires legislative approval of regulations costing taxpayers or business more than $10 million. ].

5.  Enterprises that view themselves as a brand rather than as a business, no matter how wealthy and powerful at one time, will inevitably cease to exist--the same applies to states who view themselves as an international symbol rather than as a political community.  [Sear was not driven to bankruptcy; it meandered there of its own volition and as the product of many years of decisions in which its officers, directors and the investment community were complicit. Inside Sears' death spiral: How an iconic American brand has been driven to the edge of bankruptcy]. 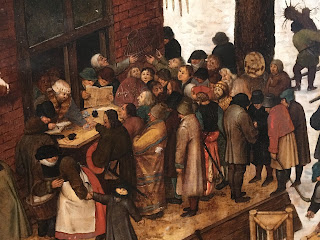 6. In a world of symbolic gesture people cease to exist except as props for the story symbol wants to tell. [One ought to argue about cause and effect, of which there may be less than a complete identity and correlation is not causation; but relationships may be hard to avoid in this case Indiana Shut Down Its Rural Planned Parenthood Clinics And Got An HIV Outbreak].
7. Purges reveal the character of the current leadership and their ambitions. ["Professors, associate professors and lecturers from nearly all universities in Turkey were targeted in the government’s post-coup crackdown. Academics were accused of links to the Gülen movement, which the government pinned the blame on for July 15 coup attempt."Turkey dismisses another 649 academics, brings total to 6,986 | Turkey Purge].

8. Vanguards appear to rule in both democratic and Marxist Leninist States; the difference is that i the latter the minority makes a virtue out of a reality while in the former it is subsumed within the ideology of democratic rule. [The dynamics of minority preferences The Most Intolerant Wins: The Dictatorship of the Small Minority – INCERTO].

9. On can separate knowledge from its ideology as successfully as one can distinguish between data and judgement; one speaks here to desire rather than to ability. [on following the fascinating politics of the movement to decolonize the university and confront white institutions in historically white majority states; University students demand philosophers such as Plato and Kant are removed from syllabus because they are white].

10. Globalization may well acquire Chinese characteristics, if only because, like the Americans before them, they will be willing (while they are able) to pay for it. [Xi Jinping delivers robust defence of globalisation at Davos]. 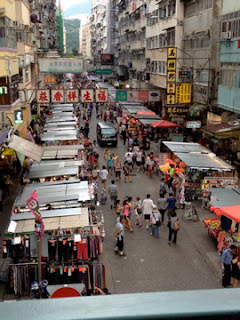 12. There has always been a disconnection between political rhetoric and political action; the former provides the cover for the later which is rarely if ever noticed, and if noticed is always excused or transformed to fit within the rhetoric that has captured the imagination; current political rhetoric merely adds irony to contemporary tastes for 1980s 'every nation is a fortress' rhetoric. [Text of "Presidential Memorandum Regarding Withdrawal of the United States from the Trans-Pacific Partnership Negotiations and Agreement"].


13. Whether that personality is initially revered or loathed--eventually they will oscillate--personality in politics corrupts politics, by making politics a character of personality.  ["Because in one way, Trump and Chávez are identical: they are masters of Populism." How to Culture Jam a Populist in Four Easy Steps | Caracas Chronicles]


14.  Frightened societies under stress always reach back to the time before crisis; and that crisis is an indictment of the elites that brought them to crisis; and who better than a "personality" hijacking politics" to cultivate fright? The answer is simple, when elites across the political spectrum see the value of fright as a political tool.   [Europe's Far-Right Leaders Unite at Dawn of the Trump Era]