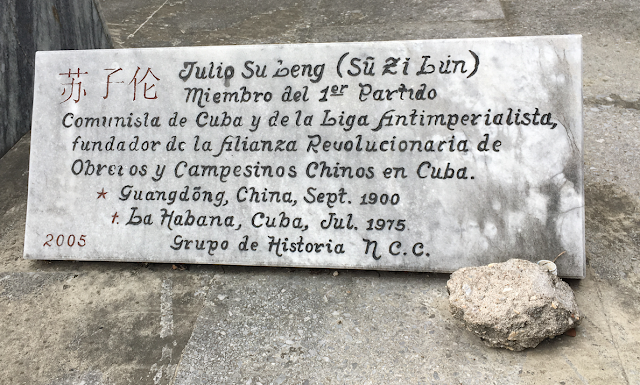 In this post and those that follow we will begin to flesh out what we see as the great challenges of democracy in illiberal states, and the methods undertaken by the Caribbean (Cuban) form of Marxism Leninism, to meet those challenges. We will asses the extent to which they might claim success, and more importantly the extent to which the gulf between theory and execution remains a problem. We hope you will join us on this journey and look forward to engagement and discussion over the month. develop an approach. This February series is wrapped around work that Flora Sapio, James Korman and I are undertaking on the Cuban process of constitutional reform.

For Cuba, of course, the development of a viable socialist democracy is essential if it is to survive the passing of its revolutionary generation. And for that reason alone, Cuba provides a quite compelling laboratory for next generation democratic theory built on non-Western liberal assumptions. For these reasons we have chosen this years series theme: Caribbean Marxism's Socialist Democracy, Considering the Cuban Constitutional Project From Communist Party to Popular Plebiscite.

This Post includes Part 12: What is the (Cuban idea of) Revolution? Differences with China.

Index of posts in this series HERE.

Part 12: What is the (Cuban idea of) Revolution? Difference with China
Flora Sapio

Press reporting of renewal of the biotechnology cooperation MoU between Cuba and China raise the question of whether the Island is embarking on a course of economic reform reminiscent of the one Deng Xiaoping launched in 1978.

Official Cuban narrations of the renewal of the MoU are punctuated with terms reminiscent of China’s policy of reform and opening up to the outside world (gaige kaifang). Any reference, however remote, to the policy of reform and opening up, and its most recent incarnation as the OBOR in turn opens up questions about the theoretical development of Caribbean Marxism-Leninism.

The “PCC’ engagement with its own founding ideology” may have well “become ossified”. After all, the Conceptualización synthetizes the thought of Fidel Castro, rather than further developing the “basic normative framework” of Cuban Marxism-Leninism. The specific stance kept towards the founding ideology of the República de Cuba – i. e. ossified rather than flexible – is however entirely distinct from the features inherent to that ideology. An ideology may display significant elements of flexibility and adaptability, and yet comparisons can sometimes obscure the existence of these elements.

The toughest nut to crack is, of course, the one related to the notion of socialist market economy. In China, the notion of socialist market economy is a core component of the idea of ‘reform and opening up’ (gaige kaifang). Reform and opening up, in turn, is part of the Basic Line of the Communist Party of China during the initial stage of Socialism:

The combination between two distinct modes of economic management – market and central planning – is not unique to China. The presence of the State as one of the actors in economic governance processes is an undeniable feature of the global economic system as it exists in reality, rather than in books. In most systems, the existence of the State side by side with other actors – private entrepreneurs, multi-national corporations, not-for-profit entities – is a given fact.

Chinese Marxism-Leninism, however, has gradually elevated an economic system where multiple actors co-exist from a mere fact to one of the components of the Basic Line of the CCP.

Under the premises of Cuban Marxism-Leninism, a diversified economic system cannot become a component of the basic line of the Communist Party of Cuba. In Cuban Marxism-Leninism a notion of ‘basic line’ analogous to the one created by the Chinese Communists is simply absent. The minimum common denominator of Cuban Marxism-Leninism is given not by the conceptually composite architecture of a ‘basic line’, but by the Revolución and by attitudes towards the  Revolución. Under this light, a diversified economic system can at best be a means to sustain and continue the Revolución, but never arise to the rank of first principle, overshadowing the  Revolución. Only four attitudes are possible towards the Revolution: (a) opposition, in the words of Fidel a total identification with “imperialism and imperialism’s policies” and a denial of the fundamental role of the Revolution; (b) neutrality; (c) support; (d) indifference.

In China, notions of socialist market economy filled the ideological abyss that opened itself up at the end of the Cultural Revolution. The leftist mistakes of Chen Boda and Lin Biao had produced interpretation of the Revolution (geming) that activated its potential of destruction, more than its possibilities of renewal. The Gang of Four understood the Revolution as a mean to sweep away  ‘earthbound spirits and deities’ (guishen), old customs, habits, cultures, and ideas, rather than as an end in itself. To them, the end to achieve was the realization of a Communist society. The responsibility for the existence of old habits and customs was flatly laid on traditional Chinese culture itself. The self-loathing of one of the richest and longest-lived cultures of the world had begun much earlier, at the hands of China’s reformist elités active between the 18th and 19th Centuries. Such a loathing for China’s traditional culture, couples with seeing the Revolution as a mere mean to an end allowed destruction as the only possibility.

Cuba could not blame its own weakness and backwardness on Cuban traditional culture.  After the almost total extermination of the Taíno people by the Spanish conquistadores, the Island became home to a population composed by diverse communities of immigrants, and African slaves. Cuba’s weakness and backwardness resulted from a lack of control over the economy by the national elités.

The concept of Revolución admitted of efforts to control Cuba’s economy for and on behalf of the dispossessed. Control over the economy had the goal to end the exploitation of man by man, or by non-human factors such as abstract principles of economic or bureaucratic performance. Therefore, from a broader temporal perspective, Cuba’s attempt at developing Cuban Marxism-Leninism by reviving the economy is perfectly natural. It is a continuation of the Revolución. Equally justifiable is the attempt to maintain control through the instrument of economic planning. Yet ironically certain levers of a market economy, if placed in the hands of the State, can allow a much more detailed and precise control over domestic and transnational economic activity.

The Cuban concept of Revolución if not suitably interpreted and acted upon can indeed lead to stagnation rather than dynamism. But, it does not lend the side to the same ‘ultra-leftist’ interpretations as those of the Gang of Four.

What led China to expunge notions of Revolution from its foundational documents, replace them with notions of ‘socialist market economy’, and re-evaluate its traditional heritage were ‘ultra-leftist’ interpretations of the Revolution. Those interpretations were possible in China, but not in Cuba. The Cuban Revolución was and it is still sustained by a deep vein of humanism, and a positive appreciation of the hybrid culture created by each one of the successive waves of immigrants and slaves. Self-abasement before the technological and military superiority of adversaries were never part of the complex engine of the Cuban Revolution. Neither was the Social-Darwinist idea that only the ‘fittest’ are entitled to survival. That specific idea may have seduced  intellectual elités and provided a short-cut to national revolutions elsewhere, but not in Cuba.

In Cuba, the Revolución maintains its role as the one and only first principle of Caribbean Marxism, everything else being either a creation of the Revolution, or a means to sustain and continue the Revolution.

The Cuban engagement with its own ideology is a process of reflection on the Revolución.  The Lineamientos were drafted to delineate the economic and social policy of the Party and the Revolution. If the Revolution had already traced its own successful path, producing the birth of the Communist Party of Cuba, then a theoretical referent for the Revolution is perhaps not necessary. Because the Revolution, as the Mother of the Party, already contains within itself the seeds of all future possibilities.

What is needed, they believe, is the central necessity of forging the tools necessary to delineate the path of economic and social development that can best sustain the Revolution. To Fidel, only national revolutions that maintained a close coherence with the basic principles and norms of Marxism-Leninism and of Socialism could provide a credible model to other countries in Asia, Africa, and Latin America. Those basic norms and principles were inviolable, and provided the sole basis of support to a real revolutionary leadership, because they were created by the Revolution.

Accordingly, the principles of the Revolution provide the line of ethical conduct to be followed by Cuban cadres (Lineamientos, para 63). The full development of human beings – rather than the full development of economic indicators – itself consolidates the Revolution (Lineamientos, para 116), and justifies a reconceptualization of Cuba’s Model of Economic and Social Socialist Development.

The Conceptualización is itself a daughter of the Revolution, because the Revolution provides its fundamental basis (basamento esencial). But it is also the incarnation of a sort opf vanguard that started with a military victory and only then assumed the ideological characteristics of a party in power.

But, what is the Revolution as a discursive trope, then?

[Revolution is a sense of the historical moment;
it is changing everything that must be changed;
it is full equality and freedom;
it is to be treated and treat others as human beings;
it is emancipating ourselves and our own efforts;
it is to challenge powerful dominant forces within and outside the social and national sphere;
it is to defend values in which it is created at the price of any sacrifice;
it is modesty, disinterest, altruism, solidarity and heroism;
it is to fight with audacity, intelligence and realism;
it is never to lie or violate ethical principles;
It is a deep conviction that there is no force in the world capable of crushing the force of truth and ideas.

Revolution is unity, it is independence, it is fighting for our dreams of justice for Cuba and for the world, which is the basis of our patriotism, our socialism and our internationalism.]