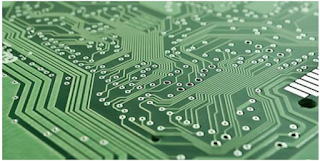 On 06 December 2018, the U.K. Parliament's Defence Committee launched an inquiry examining the danger posed by hybrid threats to the UK and how the UK Government ought to be preparing its response. It explained:

Concern around the use of the hybrid approach to warfare and confrontation below the threshold of armed aggression has been a feature of several Government documents in recent years. The Defence Committee has decided to explore the tactics used and the UK’s vulnerability to them as well as the way that the UK can both defend against hybrid threats and how it can utilise them most effectively against adversaries. (HERE)


The Committee's first oral evidence session into the UK Response to Hybrid Threats considered these issues on Tuesday 5 March 2019, The Thatcher Room, Portcullis House with evidence presented by Chris Donnelly, Institute for Statecraft; Dr Rob Johnson, University of Oxford; Dr Andrew Mumford, University of Nottingham (Video HERE; Transcript HERE). For those who are new to the concept, the testimony is instructive, but its full potential reach remains to be understood, much less harnassed.

A written submission worth considering in that respect was that of Dr. Sascha Dov Bachmann, Associate Professor in International Law (Bournemouth University) and War Studies (Swedish Defence University). It follows below. 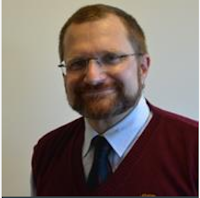 (1)  Origin and Nature of Hybrid Threats

Hybrid threats were identified and coined as such in US military specific literature as a result of the review of the military conflict between Israel and Iran-supported Hezbollah during the second Lebanon war of 2006.[1] Hybrid threats in the context of asymmetric conflicts consist of a blend of unconventional and conventional means of warfare, their tactics and methodology. War and hybrid warfare together form a confrontational meta-system as they both act in a multi-domain context.
Hybrid threats outside the context of conventional military conflict can be influenced by a variety of factors, which are deliberately provoked by different actors, and can be exploited. Hybrid threats are the result of a new opponent (both state and non-state actors alike) and a new warfighting spectrum. NATO Recognized as early as 2010 hybrid threats were a new security risk and designed a new NATO Bi-Strategic Command Capstone Concept, describing hybrid threats as threats emanating from an adversary who combines both conventional and  also unconventional - military methods to achieve its goals. Hybrid threats refer to ‘those posed by adversaries, with the ability to simultaneously employ conventional and non-conventional means adaptively in pursuit of their objectives’
NATO had worked as part of its "Countering Hybrid Threats" experiment in 2011on a comprehensive approach for countering such new security threats. Its counterstrategy envisaged involving both State and non-State actors in a comprehensive defence strategy that combines political, diplomatic, economic, military technical and scientific initiatives. Unfortunately, NATO’s project work had to stop in 2012 due to a lack of support from their member states.
Since 2014 NATO has recognised Russia’s action as constituting Hybrid Warfare and has begun to work on a own Hybrid warfare doctrine with the aim of determining whether this form of warfare requires a redefinition of Western military doctrine (as a new category in Full Spectrum Operations).[2] Hybrid Threats are not new per se as a form of threat or as part of an adversary’s warfare approach; however the development of new methods and means of warfare, such as cyber warfare and cyber enhanced lawfare do allow the view that Hybrid Threats/ Warfare do constitute a new domain of warfighting/threat which warrant a new dogmatic approach including the addition of Hybrid to the existing four categories of full spectrum operations. Hybrid threats and warfare have been used interchangeably in US military literature and the military profession.
Hybrid warfare in essence presents itself as a system on its own where a set of detailed methods, procedures, and routines operating in several warfighting domains that are established and used synergistically for carrying out a specific activity or achieve a certain goal, which counts on interdependent elements influencing one another in a direct or indirect manner.[3]

War and hybrid warfare, today, may be presented as coexisting systems in confrontation situations. The holistic and synergetic efforts of hybrid warfare contribute to influencing the enemy’s system “PMESII” model (Political, Military, Economic, Social, Infrastructure, and Information components), by using our instruments of power in a “DIMEFIL” model (Diplomatic, Informational, Military, Economic, Financial, Intelligence, and Legal instruments); which implies having a 360-degree view of all domains where the clash between PMESII and DIMEFIL can take place.[4]

Hybrid warfare builds on existing doctrinal elements and adds the following: evolving war-fighting capacities in the fifth dimension such as “cyber-warfare”; and activities in the so called information sphere.[5]

Hybrid war as a concept sums up the complexities of modern warfare, which go beyond conventional military tactics, often involving cyberwarfare, propaganda and a fluid, non-state adversary.
The concept of hybrid warfare has been discussed by (mostly US) military writers since the beginning of the 21st century and its recognition as a theory in formal military doctrinal thinking is still not settled. Hybrid warfare may use elements from four existing methods and categories of full spectrum warfare, namely:

(3)  Hybrid Warfare – some concluding remarks
NATO and its member states, and in particular the UK, have to implement NATO’s Hybrid Warfare Doctrine by adopting a multi-domain, multi-agency and multi stakeholder approach across the military-civilian divide with the aim to improve resilience and reduce own vulnerabilities.
The UK will continue to be confronted by Hybrid Threat/Warfare activities which will mostly fall below the threshold of the use of force and may often be of a ‘criminal’ nature (such as the BKA virus) in order to camouflage its state actor origin.
We have to adopt a trans-border comprehensive approach with our NATO allies and EU partners (even after BREXIT) utilising the existing Hybrid Warfare awareness and expertise, available at both NATO (Hybrid CoE in Helsinki) and EU (EU Hybrid Warfare Cell  level. In addition, and in response to the increase of threats originating from both China and Russia, there is the need to intensify collaboration on the subjects of Hybrid Threats and Cyber with both, the African Union and Australasia.