Advancing a Sustainability Agenda: The Norwegian Pension Fund Global Announces a New Batch of Exclusions From its Investment Universe 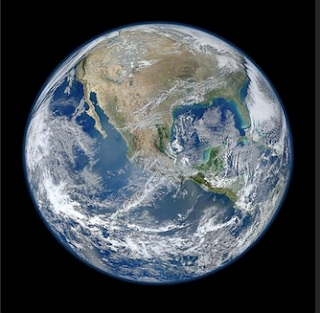 The Norwegian Pension Fund Global has been busy during this time of pandemic. Aslake Skancke, the Chief Advisor to the Norwegian Ethics Council recently circulated a large (for the NPFG) number of actions taken by Norges Bank on the recommendation of the Ethics Council.
I will have more to say on this later.  For the moment I thought it useful to circulate the decisions and the links to the recommendations (all in English). Several quick reactions:
1. The exclusions evidence the NPFG's tilt toward a sustainability agenda. The NPFG actors have done this before--it will choose a theme and then focus on that theme for a period of time.  One can understand the strategy--the easiest way to leverage scarce resources for maximum impact.  It also has the additional benefit of deepening a targeted response.  The idea, I suspect, is that such a focused set of actions will draw greater attention (and for risk averse companies or their investors) greater pressure to conform to NPFG expectations.  There is little data, though, to support this strategic premise.
2. On the two actions based on serious human rights violations, the revocation of exclusion (Texwinca Holdings Ltd) was the result of the winding up of the offending subsidiary.  The exclusion (Electrobras) was based on failures to conform to standards respecting engagement with indigenous peoples and respect for their lands and ways of life.

The assessment is to a large extent based on Eletrobras’s role in the construction of the Belo Monte power plant. Many indigenous territories are severely affected by the project. The project has led to increased pressure on indigenous lands, the disintegration of indigenous peoples’ social structures and the deterioration of their livelihoods. The project has also resulted in the displacement of at least 20,000 individuals, including people with a traditional way of life who used to have their homes on islands and riverbanks that are now submerged.

But it was also based on the sense that Electrbras exhibited a pattern of such behaviors, and that it was unrepentant (in the sense that it would continue to engage in such projects substantially with its behaviors unchanged). Critical was criticism by others for Electrobras' human rights record. Also important was the inability of the company to evidence the steps it took to conduct human rights due diligence as described in the UN Guiding Principles for Business and Human Rights.  Lastly, the Council and Norges Bank continue to reject a "full compliance with local law" defense.  The effect, of course, is to continue to harden what is technically soft law in the context of the private law of the NPFG operating rules. It continues to develop the idea of entanglement between plural systems of law and governance (cf., here).
3. The coal based exclusions apply the absolute thresholds for coal companies that took affect 1 September 2019. This is the first group of enterprises affected by those threshold rules. This particular uploading of what, for the NPGF, is a large number of decisions, provides a quite useful window on the way that that great shifting of discourse around the normative obligations, rights, and relationships between the factors of production of economic activity (capital, labor, the state, int he broader context of the stewardship of human and material resources) has changed dramatically over the course of the last century. That movement has seen a shift of the center of the meaning making (interpretation) of the obligations and rights from one that focused on labor in the early part of the 20th century, to one that centered the discussion on people's especially those emerging from the ravages of war and the colonial experience after 1945, to one that focused on the individual and individual communities detached from human connection to labor in the conventional discourse of human rights emerging after the 1980s, to one one that appears to move from a human to an environmentally embedded discourse of rights and obligations extending beyond the human (through tied eventually to human welfare).

Following recommendations by the Council on Ethics, these exclusions have been made:

Following recommendations by the Council on Ethics, these revocations of exclusions have been made:

Norges Bank has excluded the following companies on its own initiative:

Norges Bank has placed the following companies under observation:

Also, one recommendation has been revoked by the Council with no decision made by Norges Bank as the company is excluded under the product based coal criterion.