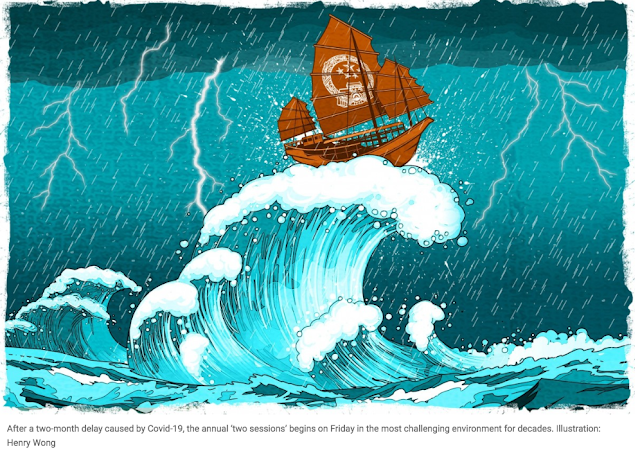 楚人有鬻盾與矛者，譽之曰：「吾盾之堅，物莫能陷之。」以譽其矛曰：「吾矛之利，於物無不陷也。」或曰：「以子之矛陷子之盾，何如？」其人弗能應也。夫不可陷之盾與無不陷之矛，不可同世而立。There was once a man in the state of Chu, who was selling shields and lances. He was praising them saying: “My shields are so firm, that there is nothing that can pierce them.” He praised his lances saying: “My lances are so sharp, that there is nothing that they cannot pierce.” Someone asked: “What if you used your lances to pierce your shields?” The man could not answer. A shield that cannot be pierced and a lance that can pierce everything cannot exist in the same world. (From Han Feizi (韓非子) Translation credit here) 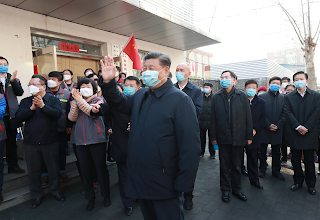 The 中共中央 国务院 关于新时代加快完善社会主义市场经济体制的意见 [Central Committee of the Communist Party of China Opinions on accelerating the improvement of the socialist market economic system in the new era], circulated 18 May 2020 (the "Opinion"), in its own words, "is a major theoretical and practical innovation of socialism with Chinese characteristics and an important part of the basic socialist economic system.