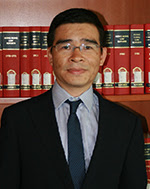 The Association for the Study of the Cuba Economy (ASCE) with the support of the Coalition for Peace and Ethics (CPE), has undertake an interview series. The object of this series is to draw attention to the work of leading scholars and actors involved in the examination of Cuban society, culture, politics, law, and economics from a national, regional or international perspective.
For the ASCE Series' next interview, Larry Catá Backer had the great pleasure of speaking with Ngọc Sơn Bùi who is an Assistant Professor at the Chinese University of Hong Kong Faculty of Law where he teaches and researches on constitutional law, comparative constitutional law, and comparative law. His work includes the monographs Constitutional Change in the Contemporary Socialist World (Oxford University Press 2020) and Confucian Constitutionalism in East Asia (Routledge 2016), and articles published in the American Journal of Comparative Law, International Journal of Constitutional Law, Cornell International Law Journal, NYU Journal of International Law and Politics, and the  Illinois Law Review, among others. He was previously a research fellow at the Centre for Asian Legal Studies in the National University of Singapore Faculty of Law. He serves as an editor of the Asian Journal of Comparative Law. He earned his Ph.D, at the University of Hong Kong and the LL.M and LL.B degrees at Vietnam National University-Hanoi. He has been an Academic Visitor, Melbourne Law School (May 2014), a Visiting Scholar, Tsinghua Law School (September 2013), and a Visiting Researcher, Harvard Law School (February-May 2012). 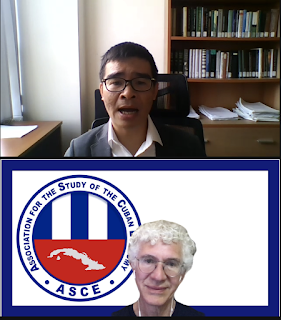 1. Please tell us about the genesis of your interest in Cuban constitutionalism and the impetus for your trip to Cuba in 2019; what did you learn and how did it contribute to your scholarship? Here  Ngọc Sơn Bùi focused on the way that Cuba's 2019 constitutional experience appeared to align with what appears to be an emerging trend in constitutional internationalism.  He spoke to the characteristics of that trend and in manifestation in constitutional documents.  It was hard to avoid comparisons with Vietnam with which the Cuban state has been increasingly engaged.  What officials appeared to make clear was that there was a conscious effort to move from the old model to something that remained true to its core principles but which sought to mitigate its operational constraints.
2. You speak about the constitutional enshrinement of international relations. And yet it manifests itself in a quite unique way in Cuban constitutional discourse. I am especially curious about the evolution from and enshrinement of the principles you identify—international amity, independismo, anti-imperialism and the like. Could you explain what is unique in this respect in Cuban constitutionalism? He noted the difficulty of separating Cuban internationalism from its quite specific roots in Latin American regionalism, and with the long tradition of sovereign integration that was a hallmark of Cuban hemispheric policy at least south of the US border. We noted as well the convergence not just of historical practices bt as well of an internationalism shaped by Socialist construction of anti-imperialism and constructed in the shadow of the United States.
3. One of the most interesting aspects of your article touches on the enshrinement of constitutional internationalism in the form o human rights, climate change and, for me most crucially, in the context of foreign investment. Might you elaborate for us your arguments with respect to each? We spoke as well to the role of constitutions as a constraining signal device: it signals outwardly its commitment to certain values and policies, and inward to constraints on the application of the national political-economic model.  On both cases, such signalling can serve as an important constraint and farming device for policy and legal elaboration. In this case the Cuban case provides some unique elements. That signally might evidence in a variety of ways, from guiding the enactment of measures designed to implement constitutional norms, to the way in which constitutional principles (for example climate change) might require revision of core economic planning, including perhaps the 2030 Economic Plan. He underlined the potentially significant role of constitutional signally in broadening the scope  and focus of popular participation in a system where interpretation and application is not centered on the courts but rather on the legislature.
4. I was particularly struck by your discussion on the constitutionalization of transnationalism respecting dual citizens and foreigner rights. I am curious about the differences between the Cuban and Chinese positions on each. Could you elaborate? Here Professor Ngoc focus on the construction of nationality internationalism, a concept with some resonance with Chinese constitutionalism.  One sees developed here a conception of "belonging" beyond and deeper than formal citizenship. The potential for embracing a Cuban diaspora remains to be explored.  As interesting, we considered the embrace of foreigners within the Cuban polity.  Of course, fidelity to the political-economic model--and the leading role of the Communist Party--would require demonstration.  But the impulse for this broader inclusion appears both the other side of the coin of nationality beyond citizenship and echoes the impulse of the Second Havana Declaration in which willing foreigners were embedded within the masses.

We hope you find the discussion interesting and thought provoking We welcome your views. The video is posted to the CPE YouTube Channel (ASCE Interview Series Playlist) and the specific interview may be accessed HERE.
Posted by Larry Catá Backer at 10/22/2020 03:51:00 PM