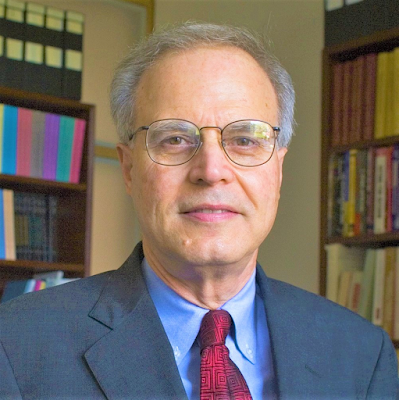 The Association for the Study of the Cuba Economy (ASCE) with the support of the Coalition for Peace and Ethics (CPE), has undertake an interview series.  The object of this series is to draw attention to the work of leading scholars and actors involved in the examination of Cuban society, culture, politics, law, and economics from a national, regional or international perspective.

For the ASCE Series' next interview, Larry Catá Backer had the great pleasure of speaking with Jorge Dominguez. Now retired, Jorge Dominguez was a Harvard professor for 46 years and Harvard’s vice provost for international affairs for nine years, among other senior posts. He has been publishing books and articles about Cuba for about a half century. In 1989, Abraham F. Lowenthal described him in Foreign Affairs as the dean of U.S. Cubanologists. Dominguez' books touching on Cuba (without mentioning his excellent work on Mexico and other Latin American states) include: The Construction of Democracy: Lessons from Practice and Research; Between Compliance and Conflict: East Asia, Latin America and the New Pax Americana; The Cuban Economy at the Start of the Twenty-First Century;  and Democratic Politics in Latin America and the Caribbean.  Dominguez's germinal work,  Cuba: Order and Revolution (1978) whose look at the way in which changing elites made clams to legitimate rule in Cuba and its consequences, remains a foundational work for those studying Cuba, and its insights now appears to have increasing resonance in the conflicts among political elites in the contemporary US.

Our topic for this interview is the most recent Cuban constitutional project, one that produced a revised constitution approved by popular plebiscite after a period of mass consultation and more intimate consultations within the Cuban Communist Party from the time of the adoption by the PCC of its Conceptualización Del Modelo Económico Y Social Cubano De Desarrollo Socialista in 2017.  Our conversation revolved around three thematic questions:

(1) What is the most intriguing element for you in the new Constitution? Here Dominguez focused on key institutional changes wrapped around the institutionally momentous transition inevitable after the death of Fidel Castro.Some attention was paid both to the alignment of changes in the organization of the state via the constitution as against the organization of the PCC, as well as how the constitutional changes have appeared to change the working style of the highest levels of government.
(2) What is the most disappointing gap in the constitutional reform thus far? Here discussion entered on  the lack of change thus far to the electoral laws, and an examination of changes that could still be adopted within the framework of the current political regime. Comparisons with China and Vietnam were considered as well as differences between Leninist and  liberal democratic premises of elections.

(3) What are the salient changes in the Constitution that pertain to the economy? Here the focus was on the advances of private foreign investment and the preference for foreign over national firms e.g. turning nationalism on its head. The resulting constitutional internationalism represents a potentially shift from the traditional nationalism of post Revolutionary constitutions well worth exploration.  In the course of the discussion Dominguez considered the role for markets in Cuban economic ideology as well as the way that political ideology shapes economic principles embedded in the constitution.

We hope you find the discussion interesting and thought provoking  We welcome your views. The video is posted to the CPE YouTube Channel (ASCE Interview Series Playlist) and may be accessed HERE.