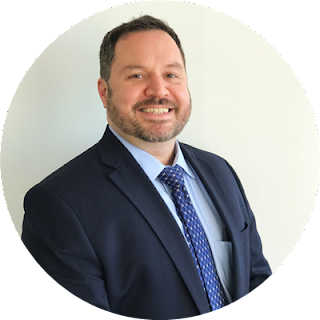 The Association for the Study of the Cuba Economy (ASCE) with the support of the Coalition for Peace and Ethics (CPE), has undertake an interview series. The object of this series is to draw attention to the work of leading scholars and actors involved in the examination of Cuban society, culture, politics, law, and economics from a national, regional or international perspective.

For the ASCE Series' next interview, Larry Catá Backer had the great pleasure of speaking with Dr. Rafael Romeu, who is the President and CEO of DevTech Systems, Inc., (DevTech). He holds a Ph.D. in international finance from the Department of Economics of the University of Maryland, College Park. Dr. Romeu joined DevTech from the International Monetary Fund (IMF), where he worked since 2001. From 2010 on, he served in the IMF’s Fiscal Affairs Department, as the fiscal economist assigned to Spain. Prior to the European Financial Crisis, Dr. Romeu worked on a number of other IMF country assignments including Armenia, Venezuela, Uruguay, Jamaica, Trinidad & Tobago, Panama, and Cuba, among others. In addition to direct work on country assignments, he carried out IMF multilateral surveillance and research in the Research Department, the International Capital Markets Department, and the Western Hemisphere Department Regional Surveillance unit. Prior to joining the IMF, Dr. Romeu held positions at the Board of Governors of the Federal Reserve and the Central Bank of Venezuela. He has been consulted by the US Department of State and the US Department of the Treasury on economic issues relating to Latin America and the Caribbean. In 2007, he taught financial theory as a visiting lecturer at the Department of Economics at Yale University (on leave from IMF), and from 2010-12 he was president of the Association for the Study of the Cuban Economy. Dr. Romeu’s research has focused on fiscal policy sustainability, economic development in Latin America and the Caribbean and financial market microstructure. Dr. Romeu co-led the development of the IMF’s flagship Historical Public Finances in Modern History project, which documented two-hundred years of the history of budget deficits and government debts over the period 1800-2011. He has published numerous peer reviewed journal articles, and several chapters in books. In 2001, he published two books on the emergence of retail equity trading platforms with direct access to information on the Nasdaq order book. Dr. Romeu is fluent in Spanish and Portuguese.


Our topic for this conversation centered on Dr. Romeu's consideration of Cuban macro-economic planning.  We considered a host of relevant challenges--from the approach to the development and utilization of data, to the underling premises for judging Cuban economic performance. We considered the US Embargo and the effect of Cuban internal economic controls on internal economic opening for domestic activity and foreign direct investment. And lastly on the problems of capacity building, monitoring and assessment in the construction of viable economic structures designed t alleviate poverty. 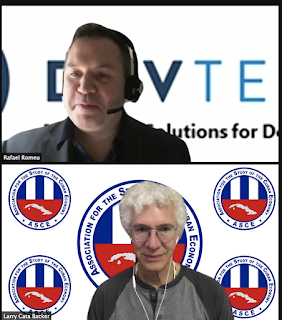 1. Please tell us a little about yourself  and your interest in Cuba and ASCE. Here we spoke to the emigration of his family from Cuba in 1980 and lofe growing u in upstate New York, and the way that helped shape both is academic interests and the focus on Cuba.