ASCE-CPE Interview Series: Culture, Ideology, Trust and Governance in Cuba and the Diaspora, A Conversation with Dr. Ariana Hernandez-Reguant 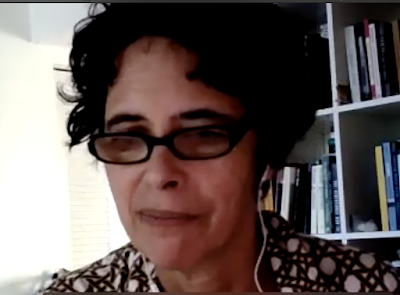 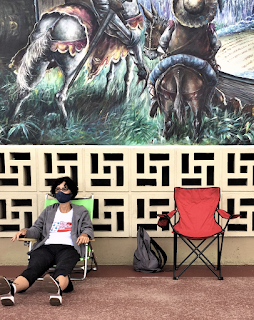 For the ASCE Series' next interview, Larry Catá Backer had the great pleasure of speaking with Dr. Ariana Hernandez-Reguant. Dr. Hernandez-Reguant (PhD Anthropology, University of Chicago 2002) is a Visiting Research Assistant Professor at the Cuban and Caribbean Studies Institute (Tulane University)  and previously has held faculty positions at the University of California, San Diego, University of Miami, and Tulane University. She is a cultural anthropologist studying the public expression of social and political ideologies, including ideologies of race, within institutions and social contexts of interpretation. She spent several years in Cuba during the 1990s and did fieldwork at state media outlets, recording studios, and new advertising agencies on the commercialization of culture and its impact on socialist governance. Lately, she has been doing research in Miami on Spanish-language media and performances of race and citizenship among Cuban immigrants, and is in the process of writing her findings into a book. At present, she is conducting new research on citizenship and notions of freedom in Hialeah, FL. She is the author of several edited volumes, including Cuba in the Special Period. Culture and Ideology in the 1990s (Palgrave Macmillan, 2009) and has published in Public Culture, the Journal of Latin American and Caribbean Anthropology, North American Congress on Latin America (NACLA), and other journals. Her publications have appeared in academic books and journals as well as in the popular press, online blogs and zines, and art tabloids. Ariana is the founder and moderator of the international network of Cuba scholars that coalesce in the EthnoCuba Facebook group, with over 800 members. Since 2015, she is the editor-in-chief of Cuba Counterpoints, a webzine on Cuban and Cuban-American affairs, culture, and the arts that is the public voice of the scholarly Cubanist community. 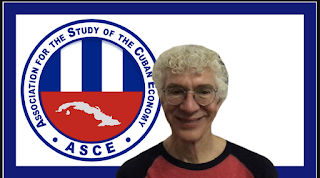 Our topic for this conversation centered on Dr. Herandez-Reguant's work in Cultural anthropology n Cuba and in the Cuban diaspora community, principally in Miami. Our conversation was wide ranging.  It touched on the cultural-ideology of Cuban diaspora politics in Florida, to the conditions of culture commodification in Cuba during the Special Period, to the issues of political populism in its appearance in liberal democratic and authoritarian political systems. Finally we spoke to the issues of public intellectuals and the transmission of knowledge within cultures.
Our conversation revolved around four thematic questions:

1. I wonder if we can start by talking about you. Can you tell us a little about yourself, and about how you got interested in Cuba and Cuban American studies and what drives your work—your professional passions. Dr. Hernandez-Reguant spoke of her journey in graduate school at the University of Chicago from the study of South Africa to Cuba in the 1990s; the motivations and context of field work, and the richness of her experiences in Cuba.  We spoke as well about the extent to which those insights have provided substantial foundation for contemporary study of Cuban and Cuban diaspora engagement in culture, ideology, the culture of ideology and the ideology of cultures.  In the process we considered the lie in political discourse, and the relationship between political speaking by leaders and the cultural concept of political trust.

2. You have done work since the 1990s on the commercialization of culture and its impact on socialist governance in Cuba. I was wondering if you might speak a little to that work and perhaps suggest some insights that can be of value as we look to the future in both Cuba and the great Cuban cultural center in Miami.  We spoke to the notion of valuation, and of the valuation of political speech, and the consequences of its commercialization. We considered the nature of falsehood as either a matter of false perception or of perception falsely deployed.  We spoke in this context to cultural reality as a function of ideology and its interconnection with value.  In that context we engaged in a discussion of Dr. Hernandez-Reguant's role in the lawsuit filed by Ai Weiwei against  the art of destruction of Florida artist Maximo Caminero for breaking a vase that was slated for breakage by Mr. Weiwei.

3. Spreading the word is always difficult, but your work in creating both CubaCounterpoints and the Ethno-Cuba web community has been remarkable. I was hoping you might speak to us a little about both, in terms of their histories, and some of the more interesting work and conversations that have emerged in both. We spoke to the difficulties of engaging in work as public intellectuals, especially in the context of Cuba and Cuban studies.She described her work in organizing both the 'zine Cuba Counterpoints and the Facebook group EthnoCuba.

4. I was wondering if we might speak to your work on Cubans-American politics during the 2020 presidential election. The Brownbag conversation you had with Tulane’s Dr. Carolina Caballero was fascinating. Might you speak a little about that work? We returned here to the subject of political trust, falsehood, and the shape of political support for Cubans in Miami during the 2020 Presidential election.  We related that to the situation in Cuba.

We hope you find the discussion interesting and thought provoking We welcome your views. The video is posted to the CPE YouTube Channel (ASCE Interview Series Playlist) and the specific interview may be accessed HERE.