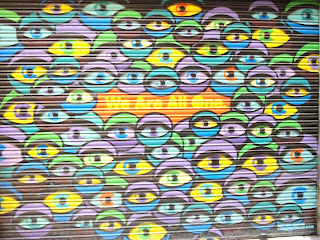 
Venkatesh Nayak, Programme Coordinator, Access to Information Programme, Commonwealth Human Rights Initiative in New Delhi, has been writing about the evolution of whistle blower protections in India, its relation to governmental transparency policies, and recent efforts to shrink both transparency and accountability (through whisteblowing) in the name of state security. See here and here.

The issues are important for three reasons.  First, to mollify public opinion (or at least to manage it) states appear increasingly interested in finding a plate full of palatable policy language to justify narrowing transparency and popular accountability vehicles.  Second, India represents an influential non-Socialist state that is attempting to engage in this narrowing and that may be influential with other developing states.  Third, the effort is important as a means of taking anti-corruption efforts "in house", that is within ruling parties; that would increase the power of parties in power to manage anti corruption efforts (with respect to targeting and exposure) and reduce the ability of people to directly involve itself in such efforts. That effort, may be tempting not just for developing states like India, but also for developed states like the United States, Canada and the Member States of the European Union.

Mr. Nayak has requested the circulation of the following essay, entitled, ""People cannot have an absolute right to blow the whistle" - RTI reveals Government's rationale for whistleblower law amendments given in its Cabinet Note." It analyses the policy bases for restricting both popular accountability and the extent of whistle blower protection for those denouncing corruption.