Ruminations 18: Ideology and Science in the Education of Children 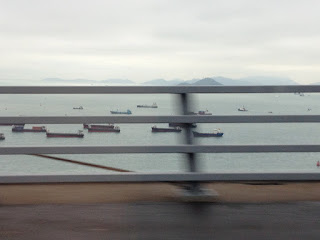 For years there has been a large battle over the issue of the value of exposure to television programs for children and minors. So what is the fuss about? It is a battle for control of what children see, hear, touch, taste, and smell, because they serve as proxies for control over what children think, learn and believe.


For years there has been a large battle over the issue of the value of exposure to television programs for children and minors. The battle has enlisted science and its "neutrality" to serve the interests of all sides. And this science has been used by civil society elements, churches and the state to control the content and focus of children's programming, to lend an air of scientific fact to social proclivities to judge badly parents who allow their children to watch too much or the wrong things, and communal beliefs that children placed in front of the television are less socially useful, stupider or more socially disruptive than the model child. At its extreme, science might even provide a basis for the assertion of a power in the state to deprive parents of their children for neglect by over exposing children to this evil.

But children see everything that comes within their sight. Children hear everything that comes within their range of hearing. The quality of cognitive inputs is determined by social and physical proximity. And so a new science suggests this banal reality. Children see and hear everything. Rethinking T.V. Time for Toddlers, The Early Show, CBS News March 3, 2009 (""Television had no independent effect on their brain development," says the hospital's Dr. Michael Rich. "So it did not help them, but it also did not seem to hurt them, either." ").

So what is the fuss about? It is a battle for control of what children see, hear, touch, taste, and smell, not so much because there is something innate within these stimuli that affects children, but because they serve as proxies for control over what children think, learn and believe. The controversy over the science of childhood learning and the effects of exposure to television is really a fight for battle of the ideological content of the cognitive stimulus that shape a child's understanding of her physical. moral, ethical, social and political world. Everyone wants children to learn about the world--but only in ways that reinforce the worldview of the social group into which the child is born. It is not what they see or hear, but how that is critical.  The battleground, then, is not so much about programs as about the management of the structures within which children learn cultural, social, economic, moral  and other behavioral taboos.  Television viewing, then, is as much about the cultivation of belief as ti is about the management of engagement with what is seen.


When science speaks of television and children, judgments about their qualitative effects and consequential need to control, they are speaking to all cognitive inputs. They are providing the vehicle for control, on a seemingly neutral, but ideologically charged, basis, for the passage of control over that content from child, to parent, to church-state-community. Science masks more than it reveals in these endeavors.
Posted by Larry Catá Backer at 2/18/2009 09:34:00 AM