Ruminations 28: The Archeology of Knowledge and the Certainty of Law 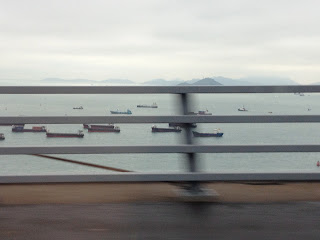 This is the last of a month long series of aphoristic (ἀφορισμός) essays, meant to provoke thought rather than explain it. The hope is that, built up on each other, the series will provide a matrix of thoughts that together might lead the reader in new directions. Though each can be read independently of the others, they are intended to be read together and against each other.

Law is meant to encase the knowledge derived from a polity within membranes of stability that make it impossible to pierce the membrane represented by the fundamental premises of a legal system without effectively declaring oneself outside the body politic within which it is enforced.  It isn't that one cannot piece the membrane, it is only that the disbelief necessary to engage in such practices makes it impossible to re-enter the social order thus encased.

All knowledge comes to us loaded with the baggage of its production. Even the simplest insight is encrusted within a matrix of foundational presumptions, understandings, desire, politics and history that shape it in countless ways. Even the simplest fact is encrusted with structure, assumptions and judgments without which they cannot be understood and communicated. And those assumptions, judgments, values inherent in the description and use of knowledge of any sort is fiercely protected against those who "could not be depended on to preserve privilege; nor to affirm once and for all--and God knows it is needed in the distress of today--that history, at least, is living and continuous, that it is, for the subject in question, a place of rest, certainty, reconciliation, a place of tranquilized sleep." (Michel Foucault, The Archeology of Knowledge and the Discourse on Language 14 (A.M.Sheridan Smith, trans., New York: Pantheon Books, 1972).

The object of any regulatory matrix is in part contained withing the framework for the production of knowledge. It presents in simple and historical form a complex of choices--choices about power distribution, values, and necessary organization--that appear so natural that they may remain unstated, and as unstated, veiled. Discourse, then, tends to start from the point of acceptance of the underlying structure upon which knowledge is produced and maintained. To look too carefully beneath that foundation, is to take oneself out of the reality of the conversations in which knowledge is produced, discourse is effected and power is shared.

Thus it is that law, politics and other forms of organization are very much like sausage. A complex of materials smashed within a thin membrane that gives it shape. We tend to battle over the contents of the sausage, but never about the membrane that gives it shape. But it is the quality and shape and variety of the membrane that counts. "Such discourses as economics, medicine, grammar, the science of living beings give rise to certain organizations of concepts, certain regroupings of objects, certain types of enunciation, which form, according to their degree of coherence, rigor and stability, themes or theories." (Michel Foucault, The Archeology of Knowledge and the Discourse on Language 64 (A.M.Sheridan Smith, trans., New York: Pantheon Books, 1972). To that end, concepts of tradition, influence, development and evolution and esprit are deployed to make it appear that what is carefully crafted together appears so naturally and inevitably.  (Ibid., 21-22)  Particularly apt in the context of globalization are notions of developmetn and evolution:

they make it possible to group a succession of dispersed events, to link them to one and the same organizing principle, to subject them to the exemplary power of life (with its adaptations, its capacity for innovation, the incessant correlation of its different elements, its systems of assimilation and exchange), to discover, already at work in each beginning, a principle of coherence and the outline of future unity, to master time through a perpetually reversible relation between an origin and a term that are never given, but are always at work. (Ibid., 21-22).


So it is, as one considers everything, from the regulatory matrix for multinational organizations to the multi-tiered structure of systems for the generation and control of global constitutional values, that one ought to think, if only for a moment, about the choices that have been made for one about the shape of the encasement, before one considers in detail the content of that item. And one can decide whether it is sufficient to be permitted the freedom to choose among contents or whether to participate in the determination of the characteristics of the membrane. My sense is that, given a choice, most select the content over the membrane, and thus give up the foundational power over the production of knowledge to those for whom the other path is open.
Posted by Larry Catá Backer at 2/28/2009 11:27:00 AM