An Introduction to and Analysis of the Draft Guiding Principles for the United Nations 'Protect, Respect, and Remedy' Framework

I was recently invited to give a presentation discussing the scope, content and philosophy of the United Nations 'Protect, Respect, and Remedy' Framework at the invitation of the UNA-USA organization of Centre County and the Penn State School of International Affairs. The title of the presentation was "Protect, Respect, and Remedy: The United Nations, Corporate Responsibility and Human Rights." It was presented on Wednesday, February 23, 2011 at the new Katz Building Auditorium of the Penn State School of International Affairs before a lively audience. 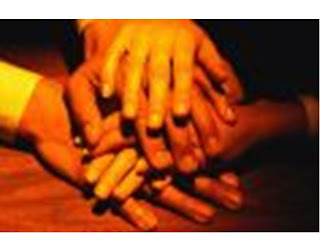 From UN consultation on "Protect, Respect and Remedy" human rights in business framework

The issue considered was presented in this form:


Globalization has made it possible for large multinational corporations to avoid national regulation. Can the United Nations successfully step into the void? This talk examines one of the more important efforts to create a global governance framework - the United Nations “protect, respect, and remedy” framework. The three parts of the framework - the state duty to protect, the corporate responsibility to respect, and the access to remedies - seek to create a new form of governing corporations based on law and social norms tied to international human rights. The focus will be on how this system is supposed to work, and what it may mean for corporations, investors, and consumers in the United States. 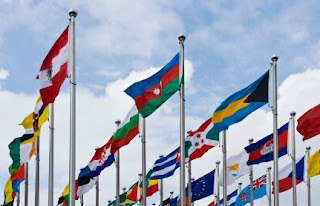 Here is a short abstract of the presentation.

The advent of contemporary economic globalization has substantially altered the regulatory environment in which economic enterprises operate. Once assumed to be creatures of the states that recognized and regulated their existence, economic enterprises today are increasingly capable of arranging their activities beyond the regulatory scope of any state or groups of states. That gap between operational and regulatory capacity has produced a sustained reaction at the national and international levels. States have sought to extend their power over corporations beyond their borders. International organizations have sought to develop supra national legal governance frameworks. This paper examines one of the more important efforts to elaborate a transnational regulatory framework for transnational corporations and other business enterprises - the United Nations “protect, respect, and remedy” framework. The three parts of the framework - the state duty to protect, the corporate responsibility to respect and the access to remedies - posits a system in which national legal orders incorporate and apply national and international human rights norms as enterprises implement global systems of institutionalized social norms, and both provide mechanisms for remedy of breaches of these overlapping but not identical legal and governance systems within their respective jurisdictions. The conceptual grounding of the framework is first explored on its own terms. The framework’s viability as a transnational autonomous regulatory soft law system is then explored. The resulting issues of implementation under the framework are then examined, as national systems transpose international legal obligations in the governance of enterprises that are themselves independently subject to global systems of social norms, both of which are bound up in a remedial matrix. The paper ends by examining the implications for the regulation of corporations raised by the proposed construction of this polycentric multilevel law-governance system. 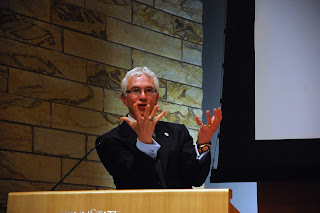 The POWERPOINT SLIDES of the talk may be accessed here.

The WEBCAST OF THE PRESENTATION may be accessed here.

Above, from left:  Ambassador , Permanent Representative of India to the United Nations in Geneva, Professor John Ruggie, Special Representative of the UN Secretary General on Business and Human Rights, and Ambassador Arcanjo Nascimento, Permanent Representative of Angola to the United Nations in Geneva.  From UK Foreign and Commonwealth Office, Protect, respect, remedy - an embraced framework for business and human rights? Jan. 21, 2011 ("Last week, a Wilton Park conference reflected on an important emerging development in the ongoing struggle to protect human rights around world - a proposed new United Nations Framework on Business and Human Rights (WP 1074). Professor John Ruggie, the UN Secretary-General’s Special Representative on business and human rights  has made significant progress since 2005 when at the start of his mandate a Wilton Park conference (WPS 05-33) debated the nature and scope of business responsibilities concerning internationally recognized human rights standards.").

For my discussion of the process leading up to the drafting of the Guiding Principles, see. Backer, Larry Catá, On the Evolution of the United Nations’ 'Protect-Respect-Remedy' Project: The State, the Corporation and Human Rights in a Global Governance Context (June 3, 2010). Santa Clara Journal of International Law, Vol. 9, No.1, 2010, which can be downloaded here:  http://papers.ssrn.com/sol3/papers.cfm?abstract_id=1619939